In May 1937 she married US actor George Brent, but after only a few weeks they separated, and a divorce was granted the same year. The marriage and drama of the divorce attracted enormous newspaper publicity in Australia. Denis O’Brien comments that even in 1939 "the Weekly was still dredging the Howarth saga" in its report on her latest film Mystery of the White Room (1939).

In January 1946 she was again in newspapers, cited in divorce proceedings by the wife of Hollywood scriptwriter W. A. Pierce. Both denied any impropriety, but within a year of his divorce they married.

In 1947 Australian newspapers reported that she had been severely injured in a car accident and had undergone plastic surgery. Constance Worth died, aged 52, in Hollywood on 18 October 1963, an "ordinary housewife", reportedly from anemia. Ken G. Hall remarked "unhappy circumstances" surrounded her death.

She is occasionally mistaken for a British silent era stage and film actress of the same name, active 1919–1922. 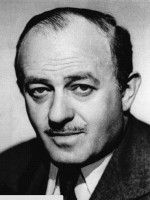 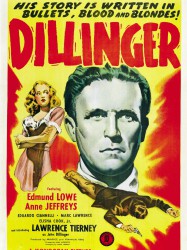 Notorious mob boss James "Lucky" Lombardi looks back upon his life and career on the night of his execution.
Déjà vu ?
J'adore After Japanese spies from the infamous Black Dragon Society infiltrate United States borders, Federal Agent Rex Bennett is enlisted by the government to capture them. As Oyama Haruchi, leader of the dangerous paramilitary group, begins to destabilize the United States war effort through sabotage and corruption, Bennett must team up with British special agent Vivian Marsh and Chinese special agent Chang Sing to stop them and help win the war.
Déjà vu ?
J'adore Boston Blackie (Chester Morris) and his sidekick The Runt (George E. Stone) are called, first to a Manhattan apartment where there's $60,000 waiting in a safe, then to Hollywood, by Boston's old friend Arthur Manleder (Lloyd Corrigan) to bail him out of gangster trouble. Naturally the police are suspicious and trail him every step of the way.
Déjà vu ?
J'adore It is in the middle of World War II and Nazi Captain Gemmler is in need of a powerful chemical formula to improve the energy output of ordinary gasoline. In his quest for this formula he finds two candidates to help him with a solution: the chemist and playboy Tom Fielding and his co-worker Robert Norton, who is engaged to Tom's sister Nancy. They are already involved in such a project for another employer, and Captain Gemmler decides to kidnap them for his own use, using his secret agents.
Déjà vu ?
J'adore