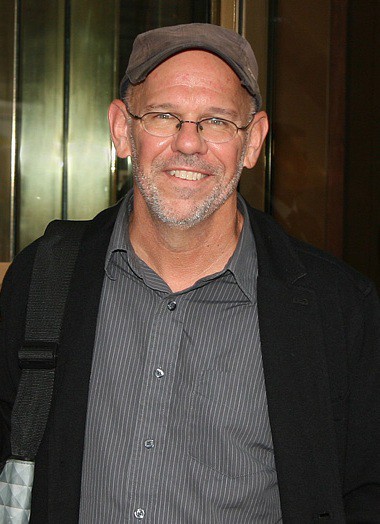 Early life
Smith was born in Van Nuys, California. His father, Frank Smith, was a film cartoonist and animator, while his uncle Paul J. Smith was an animator as well as a director for the Walter Lantz Studios. Smith spent three years of his youth in Paris, where his father managed the English-language branch of a French animation studio. He received his high school diploma from Grover Cleveland High School, Reseda, California. He attended California State University, Northridge and was awarded a B.A. in Theatre.


Acting background
Smith was discovered by a talent agent while acting in a school play, Man of La Mancha. After a few years of working in film and television, he landed the role of Terry "The Toad" Fields in George Lucas's 1973 film American Graffiti, a role he would reprise in the film's 1979 sequel, More American Graffiti.

In 1973, he and American Graffiti co-star Cindy Williams did an episode of Love, American Style entitled "Love and the Time Machine".

In 1974 he starred with Ron Howard again in The Spikes Gang, filmed in Spain, along with Lee Marvin and Gary Grimes; and in 1978 he earned a starring role in Cotton Candy, directed by Ron Howard.

Smith played one of Buddy Holly's bandmates in The Buddy Holly Story, a race car driver in Disney's Herbie Goes Bananas, and the starring role as a scientist in Never Cry Wolf. His work in Starman, as Mark Shermin, the SETI member sympathetic to the Starman's situation—where Richard Jaeckel's character of George Fox, who wanted to capture the Starman, was not—was also lauded. In 1979 Smith was cast alongside Barney Martin as the lead in Norman Lear's last TV series concept, McGurk: A Dog's Life, which never progressed beyond the pilot.

He received good reviews for his work in The Untouchables. After this he co-starred in The Hot Spot and Deep Cover, and in the mid-1990s in films such as Speechless, I Love Trouble, and Perfect Alibi.

Smith played a major role in the controversial HBO film And the Band Played On, then turned in a well-regarded performance in the TV miniseries Larry McMurtry's Streets of Laredo.

He also appeared in The Beast in (1996) and in a minor role in the big budget Deep Impact in 1998. He played a major character in the made-for-television movie Blackout Effect.

More recently he has appeared in mini-series such as P.T. Barnum, Kingdom Hospital and The Triangle as well as the feature film Lucky You directed by Curtis Hanson. In 2009 he played a featured role, Sheriff Golightly, on Fringe's second episode.


Never Cry Wolf
Smith devoted almost three years to filming Never Cry Wolf. Smith said, "I was much more closely involved in that picture than I had been in any other film. Not only acting, but writing and the whole creative process." He also found the process difficult. "During much of the two-year shooting schedule in Canada’s Yukon and in Nome, Alaska, I was the only actor present. It was the loneliest film I’ve ever worked on," Smith said. During the filming, he became so enamored of the Northwest that he decided to relocate to Vancouver, British Columbia, where he has resided since the mid-1980s.

Carroll Ballard, director of Never Cry Wolf, asked Smith to write much of the narration for the film. Smith also performed in a lengthy scene with wolves and caribou in which he was entirely naked. While working on this production, Smith formed a solid friendship with the author, Farley Mowat, and the two remained friends until Mowat's death in 2014.


Directing
Along with his acting career, since the mid-1990s Smith has increasingly focused on his work behind the camera both as a writer and director. His first film as director was the camp horror film Trick or Treat (1986) for Dino De Laurentiis. In 1992, Charles Martin Smith directed and at the same time acted in Fifty/Fifty, a movie filmed in Malaysia which also starred Robert Hays and Peter Weller. Fifty/Fifty is an action packed movie about Tengarra, a nation ruled by a cruel dictator. He was one of the directors of the TV series Space: Above and Beyond (1995) as well as the director of the initial episode ("Welcome to the Hellmouth") that launched the hit TV series Buffy the Vampire Slayer (1997). He next directed the hugely successful feature film Air Bud (Disney, 1997), and two TV miniseries for Hallmark Entertainment, Roughing It, starring James Garner as Mark Twain, (2001) and Icon (2005), starring Patrick Swayze, Michael York and Patrick Bergin. He directed numerous episodes of the respected Canadian television series DaVinci's Inquest, and wrote and executive produced The Clinic, a 2 hour movie about a veterinary clinic for Animal Planet in 2003.

In 2003 he wrote and directed the acclaimed Canadian feature film The Snow Walker for Lions Gate Films, based on a story by Farley Mowat (of Never Cry Wolf fame) which marked a return to the Arctic for Smith and garnered nine Genie Award nominations including Best Picture, Best Adapted Screenplay, and Best Director for Smith.

He has lived in Vancouver, British Columbia and also in Los Angeles, California since the 1980s and continues to add to production, directing, acting and writing credits in a career that has spanned more than 40 years.

In 2007, Smith wrote and directed the British/Canadian co-production Stone of Destiny for Mob Films, and Infinity Features, starring Charlie Cox, Robert Carlyle and Kate Mara. Stone of Destiny was the closing Gala Presentation for the 2008 Toronto International Film Festival. His next film was Dolphin Tale for Alcon Entertainment. The hit film, based on a true story, stars Harry Connick Jr., Ashley Judd, Morgan Freeman, Kris Kristofferson, Nathan Gamble and Cozi Zuehlsdorff, and was released on September 23, 2011 by Warner Bros. To date, the film has grossed over $70 million at the domestic box office and over $100 million world-wide.

He returned to write and direct the sequel, Dolphin Tale 2. He based his original script on various true-life events that have occurred at the Clearwater Marine Hospital, including the dramatic rescue of a baby dolphin named "Hope" that coincidentally happened during the wrap party of the first film, with many of the film's cast and crew watching. The entire cast returned to take part, and the movie was released by Warner Bros on September 12, 2014. 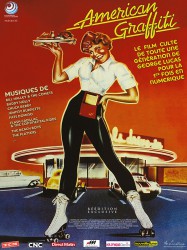 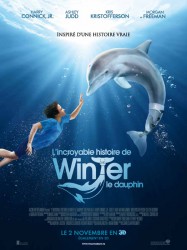 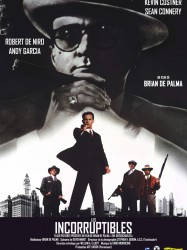 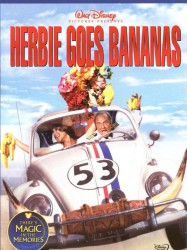 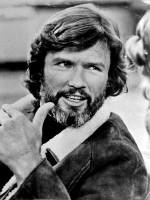 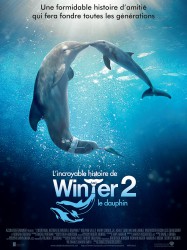 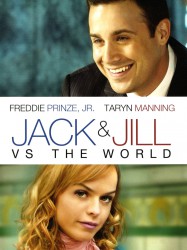 Jack (Prinze Jr.) is a thirty-something New York City advertising executive, living a life forged from routine. He is successful and stylish... and extremely bored. Jack meets Jill (Manning) by chance on a rooftop. Jill is looking for an apartment and asks Jack for directions. Jack suggests Jill's name for an ad shoot. Later he drives Jill to her apartment and realizes the neighborhood may not be all that safe. He helps Jill move out of her place and the two move in together by week's end. The pair pieces together a playful manifesto of "rules to live by." Jack's best friend and business partner, George (Stebbings), notices a more playful side to Jack's usual cynicism, and wants to meet the cause.
Déjà vu ?
J'adore 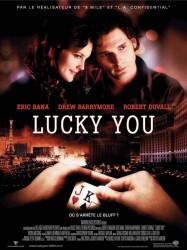 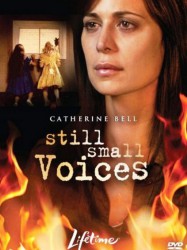 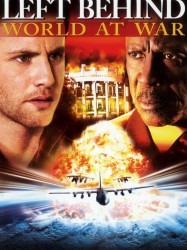 Set 18 months after the events of the second film, an attack takes place. United States President Gerald Fitzhugh videotapes his confession. Afterwards, he looks out the window as a shadowy figure arrives in the background.
Déjà vu ?
J'adore 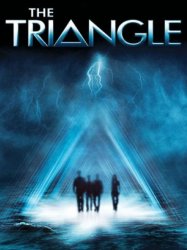 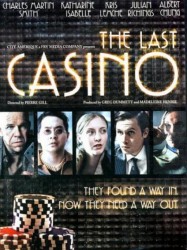 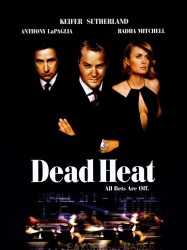 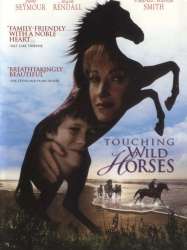 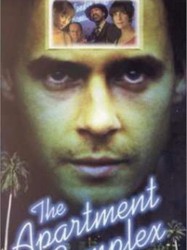 The film involves a man named Stan who becomes the manager of an apartment complex with strange tenants, after the previous manager disappeared under mysterious circumstances. Things go downhill after he discovers a corpse in the complex's pool and is accused of murder. More bizarre events occur until he finds his life (and his sanity) in danger, and the tenants just may be his only hope.
Déjà vu ?
J'adore 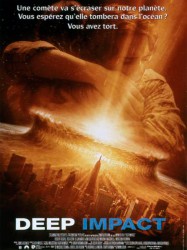 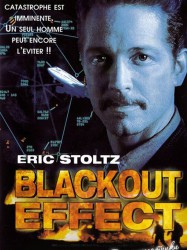 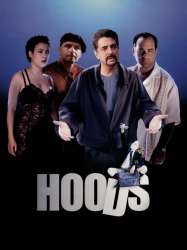 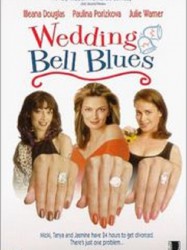 Jasmine (Illeana Douglas) is a young woman with men in and out of her apartment, Tanya (Pauline Porizkova) is about to be married, and Micki (Julie Warner) is pregnant; these three women share an apartment, but when Micki is jilted and Tanya's boyfriend does NOT pop the question, the women set out to Las Vegas in search of men who WILL marry them, on the spot.
Résultats 1 à 15 sur 59
1234Page suivante >