Hasse began studying acting in 1938, and attended Lily Ackermann's Institute for Stage Artists' Education in Berlin. At 1941, he was drafted for the Labour Service, and later to the Army. After the end of the Second World War and his release from captivity, Hasse returned to Weimar, where he spent another six months to complete his drama training.

He made his debut on stage in the Nordhausen Theater, where he was also employed as a dramaturgue. Later, he also worked in theaters in Eisleben, Burg bei Magdeburg and Schwerin, before settling in the Hans Otto Theater in Leipzig, in which he was a member of the regular cast between 1954 to 1962. Afterwards, he moved to Berlin's Volksbühne, and then to the Deutsches Theater. Hasse played a wide range of supporting characters, from Malvolio to the Fledermaus.

Hasse made his first appearance on screen already during 1951, playing a minor role in Der Untertan. From the late 1950s, he focused mainly on cinema and television work. Although his earlier stage roles were mostly comical in nature, he depicted sinister characters almost solely: Renate Seydel, who interviewed him in 1966, commented that he was the most perennial villain in the actors' cast of DEFA and Deutscher Fernsehfunk. He portrayed greedy pioneers who seek to disposses Native Americans in many of East Germany's Red Western pictures. He is also remembered for depicting SD Colonel von Dietrich in the Yugoslav partisan film Walter Defends Sarajevo. In addition to those entertainment films, he also portrayed historical antagonists in several bleaker pictures dealing with recent past, like Alfred Naujocks in The Gleiwitz Case and Adolf Eichmann in the 1966 Lebende Ware - based on the blood for goods affair. Hasse told Seydel that he considered those roles as having educational value, in order to "demonstrate the full horror of Fascism" to younger viewers.

Hasse was awarded the Art Prize of the German Democratic Republic on 7 May 1971. He is buried in the Südwestkirchhof Stahnsdorf. 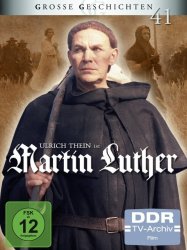 The film begins with two merchants, Ivan Brovkin and Gypsy discussing the current rumor about the death of the former czar, and no heir on a throne yet, while sitting in a horse-drawn sleigh. Meantime the Streltsy are revolting against czarevna Sophia, and wanting Natalya Naryshkina to be in charge of a nation instead.
Déjà vu ?
J'adore 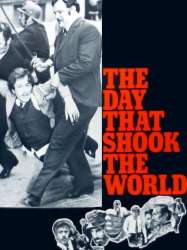 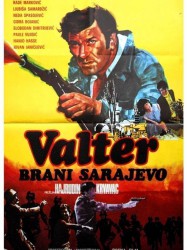