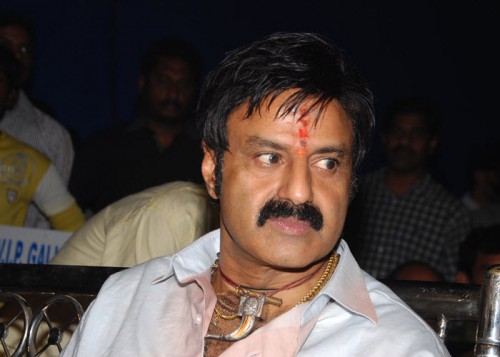 Nationalité Inde
Naissance 10 juin 1960 (61 ans) à Chennai (Inde)
Récompenses Nandi Awards
Nandamuri Balakrishna (born 10 June 1960) is an Indian film actor and politician, who works predominantly in Telugu cinema. He is the sixth son of Telugu matinee idol and former Chief Minister of Andhra Pradesh, N. T. Rama Rao. He entered the film industry as a child artist at the age of 14 with the film Tatamma Kala. In the mid-1980s, he graduated to acting in the lead role and soon became one of the sought after actors in Telugu cinema. As of 2013, In his film career, spanning thirty nine years, he has acted in ninety eight films, in a variety of roles,
and has received two state Nandi Awards and one Filmfare Awards South,

He was the guest of honour at the 43rd International Film Festival of India. He is actively involved in politics and is a member of the Telugu Desam Party (TDP) founded by his father. He is also the chairman of the trust board of his father's cancer hospital, The Basavatarakam Indo-American Cancer Hospital & Research Institute, based in Hyderabad, India. 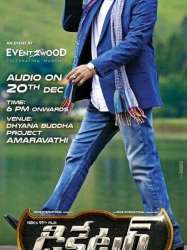 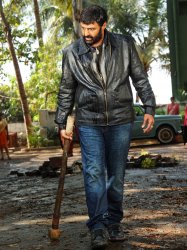 The film opens in a hospital at Mumbai, where Bose (Nandamuri Balakrishna) coming back to life after staying in a coma for eighteen months. As soon as he recovers, Bose is identified as Godse by everyone around him and he is surprised when an elderly couple, (Chandra Mohan & Jaya Sudha), claim to be his parents. Bose keeps convincing all of them that he is not Godse and has his own story. Soon, he comes to Hyderabad in search of his true identity and he bumps into Mahalakshmi (Trisha), who he believes is his lover. When she tells him that it's a case of mistaken identity, Godse is taken aback and he meets a similar fate when he meets his parents (Chalapathi Rao & Geetha) as well. Suddenly a girl Sarayu (Radhika Apte) arrives as Godse's wife a tries him to remember their marriage life, which makes a lot of confusion. Later Godse finds out that it was all a ruse set up by the Bharadwaja (Prakash Raj) and his real name is Bose. The rest of this movie deals with why the CM wanted Bose alive and why did he set up him with a new identity? Bose, a sincere and powerful CBI Officer on a mission to crack the suspicious death of former Chief Minister of State Achyuta Ramayya (Vijay Kumar). Bose learns that influential person, sitting CM Bharadwaj is behind the death of former CM and tries to prove him of guilty. Which forms the rest are the obstacles created by Bharadwaj and how Bose overcome them.
Déjà vu ?
J'adore 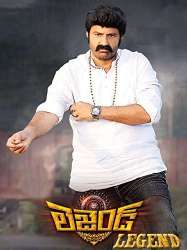 Krishna (Nandamuri Balakrishna) lives in Dubai while his family is in India. His grandmother is against him who settled in India. Krishna falls for Sneha (Sonal Chauhan) and comes to India to seek the blessings of his grandmother. Jitender (Jagapati Babu) is a man with pride and haughtiness. He cannot tolerate anyone who comes across his way. Once, he goes to a nearby village for a marriage proposal to him. There he gets involved in a quarrel with the village headman (Suman) due to some unfortunate events and gets jailed. From then onwards, he tries to take revenge on that family. He kills the family members of the village headman one-by-one. As soon as Krishna arrives in India, he gets involved in quarreling with the gang of Jitendra. When Krishna and his family members are traveling in a bus to visit a temple Jitender's hitmen shoot Krishna and his family members are beaten badly by his henchmen. Krishna's elder brother Jai Dev The Legend (Nandamuri Balakrishna) who remained exiled obeying his grandmother, saves them and Krishna is admitted in a hospital. Then the past is revealed that twenty years back there was a quarrel between Jai Dev and Jitender in which Jai Dev's cousin (Radhika Apte) whom he loved was killed by Jitender. At present, he comes to know that Jitender is going to become Chief Minister of the state.How he stops Jitender from claiming this throne forms the rest of the story.
Déjà vu ?
J'adore 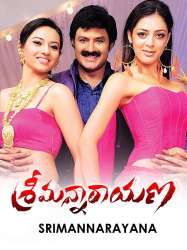 Srimannarayana (Nandamuri Balakrishna) is a courageous and aggressive journalist who fights for justice. He exposes the various scams of an evil gang composed of Minister Bylu Reddy (Jaya Prakash Reddy), Harshad Kotari (Suresh) and Pulikeshava Reddy (Supreeth). The gang loses a lot of money because of Srimannarayana’s activities.
Déjà vu ?
J'adore 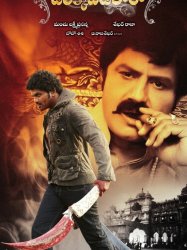 The story of the film revolves around a palace known as ‘Gandharva Mahal’ which belongs to Rayudu (Prabhu), the present head of a royal family that has lost its former splendor. Rayudu lives with his wife (Meena Kumari) and two daughters Visalakshi (Madhumitha) and Jagadha (Deeksha Seth) in a small house beside the Mahal. Rayudu rents out the palace to make ends meet. He is shown as a soft and generous man. Some of the tenants take this generosity for granted and harass Rayudu, without paying the rent.
Déjà vu ?
J'adore 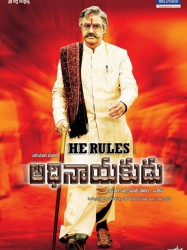 Harischandra Prasad (Nandamuri Balakrishna) is an influential leader in Rayalaseema and he treats all his people as his children. To provide jobs to them, he decides to build a huge steel plant with the assistance of foreign collaborators. But Ramappa (Pradeep Rawat) and his assistant (Kota Srinivasa Rao) oppose this. They hatch a plan to eliminate him. His son Ramakrishna (Nandamuri Balakrishna) thwart the villain's plans. But the story takes a cruel twist as the villains strike at the heart of the family by using Bobby (Nandamuri Balakrishna). When Bobby was a small Kid the villains kidnap him and threaten Ramakrishna to leave his father and save Bobby. Although Harischandra Prasad has no love on Ramakrishna, he loved his father and for fulfilling his father's wishes he stands protecting and Bobby is said to be escaped from the house. But Ramappa and his followers make Bobby a professional killer at the age of 12 by another killer (Charanraj) and use him to kill Harischandra Prasad. The whole family except Ramakrishna and his step-brother (Rahman) is unaware that Bobby killed Harischandra Prasad.
Déjà vu ?
J'adore 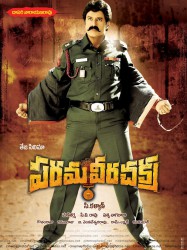 Chakradhar (Nandamuri Balakrishna) is a famous movie actor though his mother (Jayasudha) doesn’t approve of his celebrity status. Instead, she yearns to see her son as a Major in the Army, true to the promise she has given to Bobbili Puli (N. T. Rama Rao). As Chakradhar dons various roles, an army Colonel Jeetendra (Murali Mohan) tells him that he has a story in which he wants Chakradhar to act. The Colonel narrates him a story of an army major – Major Jaya Simha (again Balakrishna). However, there is a catch. Major Jaya Simha is not a fictional character, but a real time army man who looks ditto like Chakradhar, and valiantly arrested a dreaded terrorist – Abdul Ghani. The tragedy is Jaya Simha is now in a vegetable state (on ventilation), thanks to a conspiracy plotted by politicians, few army men and terrorists themselves. Colonel Jeetendra asks Chakradhar to act like Major to ensure that the nation’s security plans are not compromised. How Chakradhar attacks the terrorists and how he brings back the honor of the Major forms the rest of the story.
Déjà vu ?
J'adore 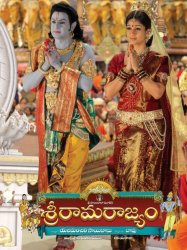 Lord Srirama (Nandamuri Balakrishna) retains his wife Sita (Nayantara) comes back to their kingdom Ayodhya, after killing Ravana. And Srirama will continue his charisma in ruling the kingdom after his Pattabhishekam. One day he hears the sweet news that Sita is pregnant. Everything looks fine, but on one day Srirama came to know that people in his kingdom are having discussions about Sita’s character, as she spent some time in Ravana’s place. So, Rama decides himself to leave Sita and she is sent to the forest. There she was protected by Valmiki (Akkineni Nageswara Rao) and was given shelter in his Ashram. Later she gives birth at Ashram to twins; Lava and Kusa. What are the incidents that happens next forms the Sri Rama Rajyam Story.
Déjà vu ?
J'adore 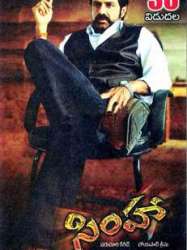 Srimannarayana (Nandamuri Balakrishna) is a lecturer in a Hyderabad-based college and lives with his grandmother (K. R. Vijaya). He does not tolerate injustice anywhere and mercilessly beats up people who dare to break the law, a personality which makes him feared and respected among others. A female lecturer Maheswari (Namitha) is attracted to him, though he doesn't reciprocate her feelings. While beating up a goon who threatened to acid attack|throw acid on a girl after she spurned his advances, he accidentally punches a comatose man on the head, waking him from his 28-year coma. This man's name is Veerakesavudu (Sai Kumar).
Déjà vu ?
J'adore 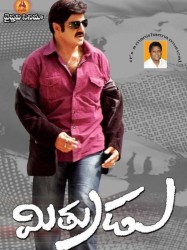 Aditya (Nandamuri Balakrishna) is a loner who is depressed and he stays in Malaysia. Indu (Priyamani) is the daughter of a billionaire businessman and she studies in Malaysia. Her astrologer back home tells her the attributes of her ideal choice and those attributes meet that of Aditya’s. After a few failed attempts, Aditya accepts the proposal of Indu and gets married to her. The rest of the story is all about why Aditya is depressed and is about the real reason behind Indu chasing Aditya and marrying him
Déjà vu ?
J'adore 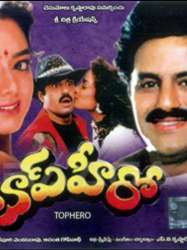 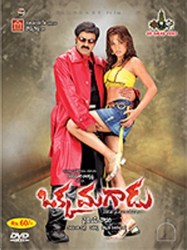 Veeravenkata Satyanarayana Swamy (Nandamuri Balakrishna) is beloved by villagers whose lives were forever changed by his presence. His grandmother, Baby (Simran Bagga), whose husband had dedicated his life to gaining independence for his country, was taken as a prisoner of war and declared Missing In Action. Meanwhile, corrupt doctors, lawyers, and journalists are allegedly killed but their bodies were never found. Suspected of the murders, Swamy is arrested. But an old man named Okka Magadu (Nandamuri Balakrishna) comes forward and claims to have committed the alleged murders. Okka Magadu looks like the older version of Swamy whose sworn enemy is Namboodriyar (Ashutosh Rana)--a politician whose son elopes with a middle-class girl under Swamy's protection.
Déjà vu ?
J'adore 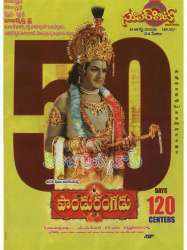 Pundarika Ranganathudu (Nandamuri Balakrishna) is a follower of Lord Krishna (Nandamuri Balakrishna) but for the wrong reasons and does not listen to his father (K.Vishwanath) and his mother. He does all the mischievous things that Lord Krishna did in his reign. Once when his family members ask him to marry he leaves his village and runs away. After his family members perform a yagnam he comes back to his village. In the neighboring village Lakshmi (Sneha) is a big devotee of Lord Krishna. One night Lord Krishna appears in her dreams and asks her to marry Pundarika. So Lakshmi's father approaches Pundarika but he refuses. Later, after some persuasion from Lakshmi, Pundarika accepts the marriage. Meanwhile a dancer Amrutha (Tabu) comes to their village. Pundarika is mesmerized by her beauty and gets into a relationship with her. He offers all the gold in his house to her. But, after the marriage, he stops visiting Amrutha. Knowing this Amrutha's mother calls Pundarika for a meal and serves kala kuta rasayanam, which makes him violent at a small sound and grabs all his wealth. Then he lands in an unknown place where he kicks a saint (Mohan Babu) and is cursed. The rest of the film is about how Pundarika returns backs to his family and becomes a devotee of Lord Krishna.
Déjà vu ?
J'adore 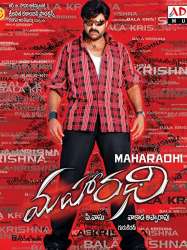 Murali (Balakrishna) is pursued by the brothers of Peddaraju (Sayaji Shinde), who is cooling his heels in jail. We are not told why they are looking after him. Murali is the loving brother of a handicapped woman, whom he carries to the college every day. Of course, Murali has fun escapades with a girl in his neighborhood (Sada). And slowly but surely we are let into the past of Murali and as to what happened between him and the arch villain. It had something to do with Peddaraju's sister (Tanushree Dutta). And in the end, all is well, and you know well.
Résultats 1 à 15 sur 105
123457Page suivante >