While in elementary school as a sixth grader, Yokohama had been carried out for the first time in Harajuku with his family and he belonged to Stardust Promotion. He was a former member of the male talent group Ebidan of the same office.

Yokohama's first appearance was a commercial for Eiko Seminar. He served as a men's model of the fashion magazine Nikopuchi, it served for the men's model of its sister magazine Nicola from 2011 through a public audition. Yokohama was voted as number 1 in Menmo, which had a first magazine series for Menmo. In the same year, he first television drama starred in Kamen Rider Fourze. In 2013, Yokohama made regular appearances in the drama Real Onigokko The Origin.

In February 2014, he appeared in Ressha Sentai ToQger as Hikari/ToQ 4gou.

In March 2015, Yokohama graduated from men's model of Nicola. 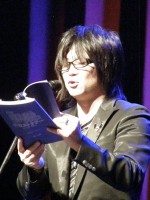 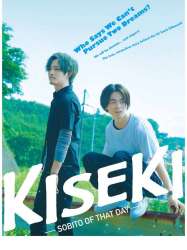 The Galaxy Line is about to return to Earth after 25 years running in space when it is attacked by a Cryner piloted by Count Nair. Lady, the Galaxy Line conductor, falls on Earth only with the Lion Ressha, while the other Safari Ressha that compose the Galaxy Line go missing, but she is rescued by the ToQgers. While Count Nair pays a visit to Emperor Z at the Castle Terminal, Right makes a plan to impulse the Lion Ressha back into space by using a local tower as part of a bridge, but Lady points out that there is not enough Imagination on Earth to power it up, claiming that with the decline of space exploration, people stopped aiming at the stars like they used to 50 years ago when the Galaxy Line was established.