Nik Xhelilaj was born in Tirana, on 5 March 1983, in a family originally from south Albania, his father was born in Vlore and his mother was born in Tepelena.
Both of his parents are high military officers by profession. Thus, at the age of 14, also thanks to his father's interest, he went to Istanbul to follow the military high-school. But his new path did not last more than 7 months and he decided to give up on the pursue of the military career and come back to Albania.
Eventually he engaged with other young artist into the "Sirea Film" projects, with movie directors Leonard Bombaj and Alfred Trebicka, who advised him to compete and sign up for the Fine Arts Academy. Firstly Nik was a candidate for the Faculty of Law, where he did not win.

Then, in 2004, at the age of 21, he entered the Fine Arts Academy for acting.
In 2005, after just having finished his freshman year, Nik was chosen by the experienced movie director Pirro Milkani to play the leading role of Lekë Seriani in the film The Sadness of Mrs. Snajdrova (Albanian: Trishtimi i zonjës Shnajder), which had strong autobiographical elements. The plot itself dealt in general with the life of director Milkani in the ’60, during his studies in then-Czechoslovakia. Even though he didn't know the Czech language at all, the young actor memorized and learned to pronounce his Czech lines for the entire film. Nik appeared nude in shower scene in this film. Also it was here that he became widely known with his stage name or nickname Nik, since the producers of the film found it hard to pronounce the Albanian name Kreshnik and thus suggested a shorter version of it. The movie was released in 2008 and was the Albanian submission of the Academy Award for Best Foreign Language Film for that year, but failed to be nominated. 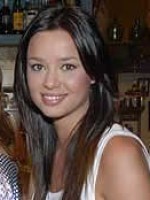 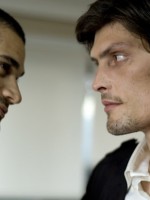 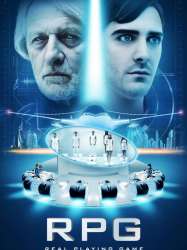 The wealthy Steve Battier (Rutger Hauer) is desperate to find a way to stay alive, as he is both elderly and terminally ill. When a company known as RPG offers him the chance to become young again in return for a large amount of money, he jumps at the chance to participate. Ten millionaires from throughout the world will be placed inside younger bodies for ten hours, but with the catch that every hour someone will die. Exhilarated from the rush of possessing a younger body, Steve is prepared to do whatever it takes to keep that body- despite the fact that experience and reality is not always the same thing.
Déjà vu ?
J'adore 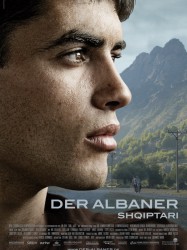 For the sake of love and the situations imposed by the life in his country, Arben emigrates to Germany. An illegal emigration, in search of money, a subtle condition to protect his love; an adventure that unintentionally confronts him with the unmerciful world of crime.
Déjà vu ?
J'adore 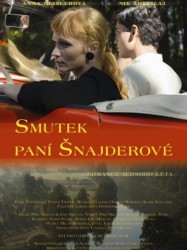 It is 1961 and an Albanian student (Nik Xhelilaj) of the Academy of Performing Arts in Prague, together with a group of Czech students, is shooting his graduate movie on a motorcycle factory, in the small market-town of Český Šternberk, in then Czechoslovakia. Coming from a country that is completely isolated from the rest of Europe, he is fascinated by the lifestyle, society and "erotic exuberance" of the Czech golden youth, yet feeling strong links with his family in his homeland. He falls in love with a married woman (Anna Geislerová), the wife of a police superintendent (Paolo Buglioni) and is insecure about his future.