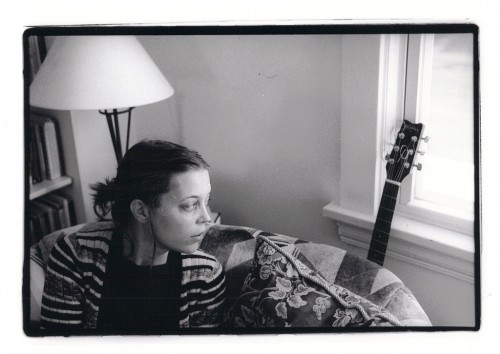 Nationalité Etats-Unis
Naissance 20 décembre 1973 (47 ans)
Kim Taylor is an American independent singer-songwriter based in Cincinnati, Ohio, who plays primarily in the styles of country and soul. She has toured extensively with the band Over the Rhine as a support act, as well as a backup singer and guitarist.

To date, she has released several full-length studio albums, toured with notable international artists, and embarked on an acting career which has garnered positive attention from critics and bloggers. Her first full-length film, I Used to Be Darker, premiered in January 2013.

Music career
Originally from Florida, Taylor played instruments in school bands and sang in church as a child. She began performing professionally at age 18. "I have always done music in some fashion," Taylor said. "I played piano as a kid and played flute in the marching band at Murray Middle School." In 1996, she relocated to Cincinnati to pursue an English degree, and entered the local music scene of the city.

After garnering positive word-of-mouth and promising reviews and radio play for her earliest releases, So Black, So Bright (2002) and Extended Play (2004), Kim began work on what would become I Feel Like a Fading Light (2006).

I Feel Like A Fading Light was recorded in New York City alongside Jimi Zhivago, former guitarist for the Roots music purveyors Ollabelle. The music was performed almost entirely by Kim and Zhivago, except for drums (which were provided by Mars Volta's Blake Fleming, Devon Ashley of The Lemonheads and Those Young Lions, and local musician Josh Seurkamp). The album was released digitally, as well as on CD (however, they were only sold at shows). It was released on vinyl in December 2008. The album was at one point dubbed an "Album of the Week" on NPR's World Cafe (via WXPN/NPR Music).

After touring in support of the record, Taylor began work on a set of songs that would become the EP, The Greatest Story (2008). She recorded the EP with producer Mike Deneen (known for his work with Fountains of Wayne, Howie Day, and Aimee Mann)
"That project is part of a bigger picture that I'll finish and release as a full length." Taylor told Paste magazine after being named "Best of What's Next" in 2009.

She continued playing shows and festivals such as NYC's CMJ Music Marathon and returned to Austin's SXSW Music, this time promoting the EP. She toured extensively with Grace Potter and the Nocturnals, Ron Sexsmith, as well as with her friend, Lexington cellist Ben Sollee. Taylor and Sollee had done occasional shows together since 2007, but this tour found them playing both solo material, and accompanying one another during each other's sets.

In 2010, Kim released her most notable album to date, Little Miracle. Written and recorded in just three days, it too was recorded with Jimi Zhivago. However, this time, all instruments were played by Taylor and Zhivago: "I always write on both piano and guitar. Piano was my first instrument. The new project is just me and my friend Jimi Zhivago (out of NYC and plays with the band Ollabelle.) We play everything on it: guitars, piano, organs, percussion, etc."

Regarding the recording process, Taylor said: I learned from The Greatest Story what works best for me vocally and I learned a lot from Mike Deneen... I tried to bring that to Little Miracle. I like how broken down it is, and the organ and piano pairing and that it feels almost unfinished. I didn't go to New York intending to make a record. I go there two or three times a year to my friend's studio to write, and I ended up making enough songs that I was like, 'Why don't I put out a record?'

The album was released in the fall of 2010, and opened the door for licensing/placement in many notable television shows.


Music in film and television
Taylor's songs have been included in such shows as Smallville, Justified, Eli Stone, One Tree Hill, Ghost Whisperer, Flashpoint, Army Wives, Hawthorne, The Unit, All My Children, and Days of Our Lives.

Her songs "No More War" and "A Good Man" can also be found on the soundtrack for the 2005 film, My Brother's War.

In 2009, she signed a nonexclusive licensing agreement with MTV so that the network can use her songs on some of their hit shows. Additionally, she struck a deal with Revlon in 2010, for her song "Little Miracle" to be used in an ad campaign.

Taylor has expressed satisfaction with having her songs used in film and television, having stated "It feels like I'm doing something worthwhile when I hear my music in conjunction with a dramatic scene. I enjoy the process of connecting a song to a story that people are following".


Film
Taylor recently starred in director Matthew Porterfield's independent film, I Used to Be Darker, about a pregnant Northern Irish runaway who seeks refuge with family in Baltimore, MD, only to find her aunt on the verge of divorce. Taylor plays the aunt (who like Taylor, is a singer-songwriter named Kim). The film premiered in January 2013, at the Sundance Film Festival. It then gave its international film premier at the Berlinale in Berlin, Germany in February 2013. To accompany the launch of the film, Taylor also performed at Sundance's ASCAP Cafe in January 2013.

The film was funded by use of the pledge-platform Kickstarter and began filming in August 2011.


Personal life
Kim was born in Miami, Florida. Her father grew up in Alexandria, Virginia and her mother in Lakeland, Florida. Taylor's father was a PATCO air-traffic controller and is now president of the re-formed Union. Kim is an only child.

Taylor has also pursued a science degree from the University of Cincinnati. She is married and has one son.

For several years, she also owned a much-loved coffee shop, Pleasant Perk, in Cincinnati. "The shop serves a lot of purposes for me," she says. "It quickly relieves the tension when I come back from playing music. It's a small community, and we're in each other's business all the time." 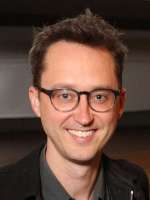 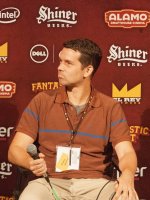 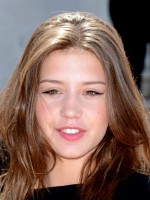 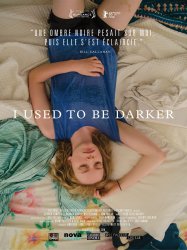