Nationalité Canada
Naissance 1943 (78 ans)
David Secter is a Canadian film director. He is best known for the 1965 film Winter Kept Us Warm, the first English Canadian film ever screened at the Cannes Film Festival. Widely considered a key milestone in the development of Canadian film, Winter Kept Us Warm was a gay themed independent film written, directed and funded entirely by Secter, who is gay, while he was a student at the University of Toronto.

Secter subsequently released a second film in Canada, The Offering in 1966, and entered discussions with CBC Television to produce a drama series for the network. However, before that series was launched, he moved to New York City to pursue opportunities in the much larger American film and theatre industry. In New York, he lived with several other experimental filmmakers in a clothing-optional, drug and sex-friendly commune, and worked as a theatre director. He released the low-budget sex comedy Getting Together (also titled Feelin' Up in some releases) in 1976, and subsequently moved to Los Angeles. He did not work on another film until Cyberdorm in 1997.

In the early 1990s, Secter's nephew Joel rented Getting Together from his local video store in Winnipeg, not knowing that his uncle had directed films. After discovering his uncle's name in the credits, Joel contacted David to discuss his career in film. These discussions culminated in Joel Secter's own debut as a filmmaker, the 2005 documentary The Best of Secter & the Rest of Secter. In the film, David also revealed that he is HIV-positive.

Also in 2005, David Secter directed and released a documentary film on the Gay Games, Take the Flame! Gay Games: Grace, Grit, and Glory.

He is interviewed in Matthew Hays' Lambda Literary Award-winning 2007 book The View from Here: Conversations with Gay and Lesbian Filmmakers. 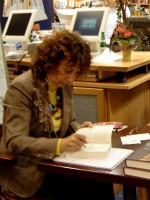 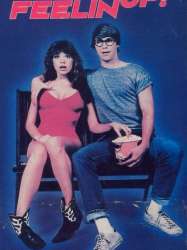 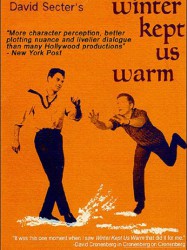