In 2002, Kubota went through the model activities in the wake of was the reader model is multiplied by the voice in Harajuku. In 2007, he debuted as the starring role as Haruyaku Kurabayashi in the film, Switch. In 2010, Kubota starred in the film Gachinko kenka jōtō. In January 31, 2012, he was originally from Riseki Agency Co., Ltd. two years and three sets by his convenience. Ten months later at the end of November 2012, Kubota now belongs to Japan Music Entertainment. Although he had appeared in numerous stage and movies popular from the stage of the original product, in 2009 he started four years played was stage Sengoku Basara the graduation of Masamune officers came to, his transition from the stage was the main battle the field of activities and to video work. In 2013, Kubota received an offer for Kamen Rider Gaim since there is starring in, made the first of the regular appearances in the Keibuho Shintaro Sugiyama - Kichijoji Kichijoji-sho jiken File in the Golden Zone drama, and attracted attention in the movie Shinjuku Swan after another in the video work of topics such as Uchimura Summers The Movie Angel and appeared to the eye force and a wide range of acting. He is a fan of the Shonan Bellmare in April 2015, the local team was appointed to Berusapo Public Relations Office, General Manager of Shonan Living Newspaper. 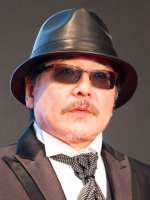 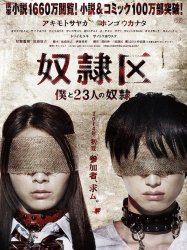 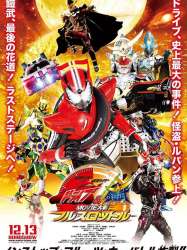 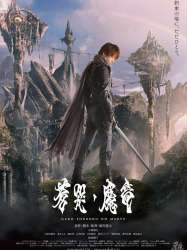 After the events of Garo: Makai Senki, Kouga Saezima appears before Gajari to honor the pact he forged in order to stop Sigma Fudō from killing all the Makai Knights. Kouga is given the task to travel to the Promised Land (約束の地, Yakusoku no Chi) to retrieve a part of Gajari: the Fang of Sorrow (嘆きの牙, Nageki no Kiba). However, upon his arrival into the Forest of Chaos (混沌の森, Konton no Mori), Kouga finds himself without his coat and Zaruba no where to be seen before seeing the Garoken turned into the Red Dog (赤ノ犬, Aka no Inu) before running off. Confronting a group of tin knights called Swordmen of the Wind (風の剣士, Kaze no Kenshi) escorting a picture frame, Kouga obtains a sword when they are attacked by a formless monster, a Nanashi (ナナシ). Once the two surviving knights run off, Kouga sees a blue skinned girl emerging from the picture frame. The girl introduces herself as Meru and that she is like every resident in the Promised Land: A living object. Meru proceeds to explain that she was captured to be taken to Green Castle (緑ノ城, Midori no Shiro) as an offering to Queen Judam. Despite being warned of the danger, Kouga is guided to the Temple of Wisdom (知恵の祠, Chie no Hokora) by Meru to find out where to find the Fang of Sorrow.