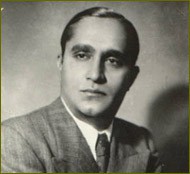 He founded Prakash Pictures, a film production company and Prakash Studios in Andheri East, Mumbai, which produced 64 feature films. Bhatt was one of the founding members of Film and Television Producers Guild of India.

Early life and education
Vijayshankar Jagneshwar Bhatt was born on 12 May 1907, into the modest household of Benkunwar Bhatt and Jagneshwar Bhatt, who was a railway guard at Palitana, Bhavnagar district, Gujarat.

While he was in his twenties, he moved to Bombay,along with his elder brother, Shankarbhai Bhatt, who took up a job, and went on to become a noted producer, younger Vijay enrolled in St. Xavier’s College, and completed Intermediate from the Science stream, and later received a diploma in ‘Electrical Lighting and Traction’ through a correspondence course from London.


Career
After completing his with an electrician’s diploma, Bhatt started his career at Bombay Electric Supply & Tramways Company Limited (BEST), where he worked till he became the Drawing Office Superintendent. Though he had already written a few scripts for Gujarati theatre, a meeting with Ardeshir Irani was turning point in his career. Irani, who later Alam Ara India’s first talkie, and also managed the Royal Film Company studio, introduced Bhatt to its owner Abu Husain. When Husain like one of his script, it paved way of his debut in Indian film industry by as a screenwriter, for director K P Bhave’s silent film, Vidhi Ka Vidhan. Irani produced two more his scripts, Pani Mein Aag and Ghulam (1929) He eventually producing his first silent film, Delhi Ka Chhela in 1929, and went on to direct many notable films, in Hindi, Gujarati and Marathi cinema.

His film Baiju Bawra (1952), which was based on the historical tiff between Emperor Akbar's court musician Tansen and the talented singer, Baiju Bawra, not just ran for hundred weeks in Bombay, becoming a diamond jubilee hit, but also established its lead cast, Meena Kumari and Bharat Bhushan. Meena Kumari, who won her first Filmfare Best Actress Award for the film, was launched by Vijay Bhatt in his film Leatherface (1939), as a child artist, "Baby Meena" (born Mahjabeen Bano),
a name that stayed with her for the rest of her career. 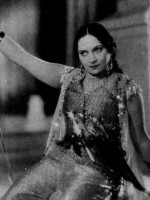 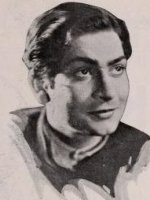 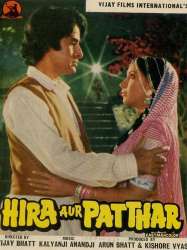 Rama returns to Ayodhya after being banished for fourteen years to the forest by his father Dashratha on the say of his second wife Kaikeyi. Rama's wife Sita and his brother Lakshmana had accompanied him in his exile. Sita was kidnapped by Ravan, King of Lanka, a war ensued with the death of Ravan and rescue of Sita. Valmiki in his hermitage has completed his epic Ramayana, and sends a messenger to King Rama asking permission to have it recited to him at his court. Good news arrives that Sita is expecting. However, things are set in motion when a washerwoman comes for justice as her husband throws her out of the house when her virtue is questioned as under unforeseen circumstances she spends the night with a man other than her husband. Things spiral out of control when the washerman and the public of Ayodhya question Sita's virtue following her forced captivity at Lanka. Sita has to go through a test of fire but even then the talk continues and Rama is forced to banish her to the forest. Lakshman takes her there and tells her of Rama’s intention of forsaking her. Appalled she jumps into the Ganga, but is saved by the sage Valmiki. Being pregnant, he reminds her of her duty as a queen and the need for her to provide heirs. She stays in the hutment anonymously and gives birth to twins called Luv and Kusha. Time passes and Rama is miserable with the step he had to take. Sage Vashishta has arranged for a Yagna to be performed by Rama. Valmiki's Ramayana is read by the boys and they sing out the verses. The twins meet are taken by Valmiki to Ayodhya to attend the Yagna. The children are unaware of their lineage. Valmiki makes them recite the story he has written which impresses Rama but he too is unaware of who the boys are. Finally after a short war between father and sons, they are united along with Sita.
Déjà vu ?
J'adore 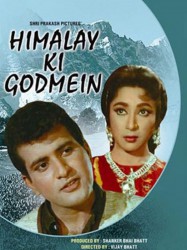 Sunil Mehra (played by Manoj Kumar) completes his medical studies and becomes a doctor. He is kidnapped by dacoits in Himalayas and harassed and left badly hurt. Phoolwa, a village girl (played by Mala Sinha) find him in his poor state and then takes care of his till he becomes fit. He then leaves for his home in the city. But he decides to go back to Himalayas and help poor people who don't have proper facilities and no good medical care. Villagers resist his arrival as they don't trust his modern medicines but believe only in local healers. Worried for him, Sunil's family sends his fiancée Neeta (played by Shashikala) to get him back. Sunil in turn asks Neeta, who also is a doctor, to stay there with him. Firm on his decision, he stays. He also falls in love with Phoolwa.
Déjà vu ?
J'adore

Hariyali Aur Rasta is a triangular love story among Shankar (Manoj Kumar), Shobhana (Mala Sinha) and Rita (Shashikala). Marriage of Rita and Sankar has been fixed in their childhood, though when they grow up, Shankar falls in love with Shobhana, though eventually ends up marrying Rita as per their family's desires. But they both cannot reconcile to the ill fitting marriage, though situation deteriorate further when ex-flame Shobhana comes into their lives once again.
Déjà vu ?
J'adore 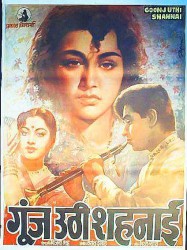 The story is about King Karma Dev who gives a lot of importance to physical beauty. His mother the Rajmata requests Mahamantri Munjal to find him a nice wife. Karma Dev often dreams of marrying an unknown beautiful woman he had once seen in the Somnath temple. Meanwhile Mrinalla is the princess of Karnataka who also dreams of marrying a king she had once seen in the Somnath temple. When Munjal happens to see the beautiful woman Mrinalla, he shows the King's portrait to her and she is happy to finally find the man of her dreams. So she runs away from the palace and searches for Karma Dev to marry him. Soon after, Munjal shows Mrinalla's painting to Karma Dev, who agrees to marry her. On the day of the marriage, the King finds out she is dark and refuses to marry her. After several incidents Karma Dev realizes his mistake and at last he happily accepts Mrinalla as his Patrani.
Déjà vu ?
J'adore

Born under a Neem tree and hence also called Nimai, Vishvambar (Bharat Bhushan) is the tenth son of Jagannath Mishra and his wife Sachi Devi. Due to his fair colour, he is often referred to as Gaurang (Fair-coloured). The social milieu in the 15th century setting of the story is shown as being dismal, with hypocritical priests and oppressive rulers. He loses his father at an early age and the family faces hardships financially. Nimai completes his education and is an expert at debating with the local priests. He starts a school and marries Vishnupriya daughter of Sanatan Misra who is the court priest. On his father's death anniversary he goes to Gaya to perform prayers for his father. There he meets a saint called Ishvara Puri. He soon develops complete devotion to Krishna and starts chanting and singing his praises. His Radha and Krishna Bhakti songs attract people from all walks of life. He takes renunciation and shaves off his head. He settles in Puri, concentrating on his Bhakti and disappears while singing a bhajan.
Déjà vu ?
J'adore 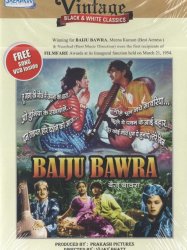 Rama with his wife Sita and brother Lakshman are banished for fourteen years to the forest. Ravana the king of Lanka wants to avenge his sister Surpanakha's humiliation by Lakshman. His plan is to abduct Sita by sending Maricha as a golden-spotted deer. Sita sees the deer and wants Rama to go after it as she wants its skin to make a blouse for Lakshman's wife Urmila. A cry is heard and thinking it is Rama shouting in pain, Sita sends Lakshman in search. Lakshman, loath to go as he has promised Rama to take care of Sita finally leaves after drawing a line, the Lakshmana rekha, round the cottage to keep Sita safe. Ravan kidnaps Sita by making her step on his sandal that he places inside the Lakshman-rekha. This incident leads to Rama and Lakshman's meeting with Sugriva and Hanuman where they help in the war against Ravan to get Sita back.
Déjà vu ?
J'adore

Kishore (Arun) and Manorama (Mridula) are in love with but unable to get married. Mridula's father is a clerk, who can't afford to pay the dowry demanded by Arun's family. Jayant (Yakub) is a widower, and Mridula is married off to him. His cruel behaviour becomes apparent when he starts torturing Mridula soon after their marriage. Arun's parents get him married to the rich Champa (Leela Pawar) who is in love with someone else. Arun helps her get married to Naresh, the man she loves, by giving her a divorce. Arun watches the torture inflicted on Mridula and the story then continues through tense scenes where eventually Arun kills Jayant and unwittingly Mridula too, following which he's sent to a mental asylum having been declared insane.
Déjà vu ?
J'adore

The Shakas (Scythians) have invaded and defeated the Kashmir region. The Kashmiri princess Shreelakha, is on the run to avoid captivity and unwanted attention of Shakraj. The Shakas have already managed to capture several areas in India and the princess is finding it difficult to find refuge. She meets Kalidas the poet, who tells her to ask for shelter from King Vikramaditya, the ruler of Avanti. Kalidas, through his poetry impresses Madhvi, the daughter of Acharya Varamihir and she makes it possible for them to meet Vikramaditya. The King appoints Kalidas as the court poet. The princess asks for refuge and war against the Shakas. When Vikramaditya promises to do so he is met with opposition from his Minister, Vaital. Vaital on being rebuffed by the King then incites the people against the princess and tries to poison her. After several incidents involving the honesty of the King and his travails, the people think that Vaital has poisoned the King and the princess. The magnanimity and valour of the King is shown when he fights the Shakas, killing Shakaraj and releasing Shreelekha's father from captivity and restoring his kingdom.
Déjà vu ?
J'adore 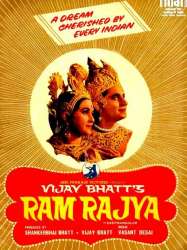