Nom de naissance Mark Van Orman
Nationalité Etats-Unis
Naissance 26 avril 1976 (46 ans) à Norfolk (Etats-Unis)
Mark "Thurop" Van Orman (born April 26, 1976 in Norfolk, Virginia, US) is an American TV writer, director, cartoonist, producer, animator, storyboard artist, storyboard director, singer and voice actor. He is known for being the creator of the animated series The Marvelous Misadventures of Flapjack, in which he voices the titular character. He studied character animation at the California Institute of the Arts. He was the storyboard artist for Camp Lazlo, The Powerpuff Girls and The Grim Adventures of Billy & Mandy. He was also the co-writer for these shows. He was also the supervising producer for Adventure Time, and currently serves as one for Sanjay and Craig. Thurop is also somewhat known for responding to much of his fans' fanart through the website DeviantArt. He is currently working on his stop motion film project titled Black Forest, as well as providing concept art for the film adaptation of The Little Prince. He has also announced via Twitter that he will be writing a film about Vikings. 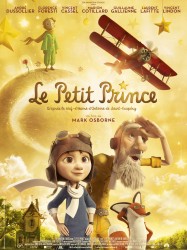 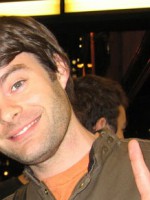 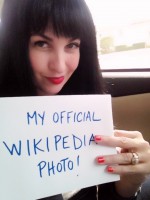