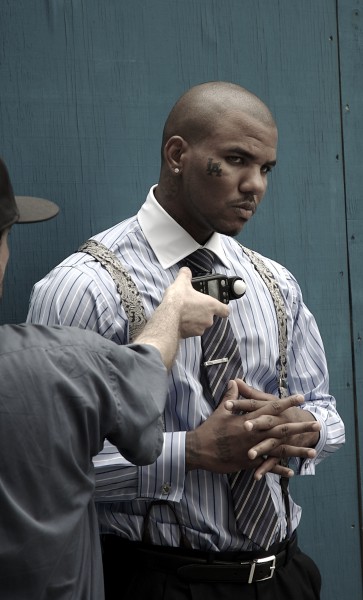 Family and relationships
Game announced that he was engaged to actress and model Valeisha Butterfield, the daughter of US Congressman G. K. Butterfield. The couple were set to marry in March 2007, but the engagement was called off in June 2006. Game's first of three children was born in 2003 during this relationship.

After the couple broke off their engagement, Game became involved in a relationship with Tiffney Cambridge, a 5th grade teacher. The relationship with his on-again-off-again fiancée resulted in the birth of two more children. First was his second son King Justice who was born April 25, 2007, and then his daughter California "Cali" Dream Taylor who was born on August 21, 2010. Jayceon and Tiffney have custody to the children.

VH1 broadcast two seasons of Marrying The Game, a reality television series about The Game and his fiancée Tiffney Cambridge, as they prepared to walk down the aisle. The relationship was "love at first sight" when Cambridge met Jayceon. Despite reservations regarding Game's career, the relationship lasted eight years, but no marriage plans materialized despite the series.


Legal issues
Game, Snoop Dogg, and Tha Dogg Pound, were sued for assaulting a fan on stage at a May 2005 concert at the White River Amphitheatre in Auburn, Washington. The accuser, Richard Monroe, Jr., claimed he was beaten by the artists' entourage while mounting the stage. He alleged that he reacted to an "open invite" to come on stage. Before he could, Snoop's bodyguards grabbed him and he was beaten unconscious by crewmembers, including the rapper and producer Soopafly; Snoop and Game were included in the suit for not intervening. The lawsuit focuses on a pecuniary claim of $22 million in punitive and compensatory damages, battery, negligence, and intentional infliction of emotional distress. The concerned parties appeared in court in April 2009.

On October 28, 2005, Game was charged with disorderly conduct and resisting arrest in Greensboro, North Carolina. At one point, police said his companions were pepper sprayed when they surrounded officers in a threatening manner. Mall security officers said the rapper was wearing a full-face Halloween mask, filming shoppers, cursing loudly, and refused to leave when asked. Game continued to act up and was arrested, a police statement said. Game claimed that officers overreacted and that he did nothing wrong when he was pepper sprayed by the mall security. The five officers involved in the incident ended up suing Game for defamation,. The officers were awarded $5 million in compensatory damages, which was upheld on appeal by the North Carolina Court of Appeals in February 2012.

On May 11, 2007, Game was arrested at his home reportedly in connection with an incident at a basketball game in South Los Angeles in February 2007. He is alleged to have threatened a person with a gun. The arrest took place after his home was searched for three hours. Game was released early the next day after posting $50,000 bail. On January 9, 2008, a Los Angeles judge scheduled February 4 as the beginning date for Game's trial on assault and weapons charges. After pleading no contest to a felony weapons charge on February 11, Game was sentenced to 60 days in jail, 150 hours of community service, and three years probation.

In 2011, Game was refused entry to Canada for alleged gang ties in LA; concert organisers said he was associated with the Bloods.

On July 8, 2012, 40 Glocc got into an altercation with rapper The Game. In a video clip, allegedly, shot by The Game via Game's iPhone during the fight, 40 Glocc is seen running into a bush after being beaten up by the fellow West Coast rapper Game backed up what he did by saying he was retaliating for Glocc going up to rappers Lil Wayne and Plies in the past with large entourages. In October 2012, 40 Glocc filed a lawsuit for $4.54 million for assault and battery, as well as damaging his reputation. This included $500,000 in pain and suffering; $500,000 in emotional distress; $750,000 in lost earnings; $2 million for punitive damages; $25,000 in medical expenses; and various other reasons. Since then, Glocc has gone on a smear campaign against The Game, releasing his diss "The Full Edit" in December 2012. Game has similarly addressed the situation in several interviews, claiming that filing a lawsuit of this nature "disintegrates your street cred." In December 2012, 40 Glocc assaulted Game's manager Dontay "Taydoe" Kidd in Las Vega, Nevada.


Tattoos
Game has many tattoos on his body. He has deceased rapper Eazy-E on his right forearm and has a graveyard under it in which the headstones say 2Pac, Jam Master Jay & Eazy-E. Under his left eye he has a teardrop and behind his left ear has a tattoo that says "HCT 6 30 03" which is a reference to his son Harlem Caron Taylor who was born on June 30, 2003.

On his stomach he has "Stretch" which used to be his nickname because he was tall. On his right shoulder he has KJ and under it he has Tupac Shakur as an Angel. On his lower right forearm he has "Wallstreet" while on his other one has "The Black". On his right arm he has a tribute to his deceased friend "Billboard". On his right hand he has Chuck while his other hand has Taylor (Chuck is Game's nickname ). On his lower left forearm he has a Pigeon and above it a Clown. On his left elbow he has his Hurricane shoes logo and under it has G-Unot a reference to his feud with 50 Cent & G-Unit.

Across his stomach he also has his hometown of "Compton" and above that he has a tattoo of Barack Obama's face. He also recently got the album covers of Dr. Dre's The Chronic and his debut album The Documentary tattooed on his lower stomach by Kat Von D. He also had plans to get portraits of Muhammad Ali and Malcolm X tattooed on him soon. On August 19, 2013, he got Trayvon Martin in his hoodie, and late-singer Nate Dogg tattooed on separate parts of his legs. 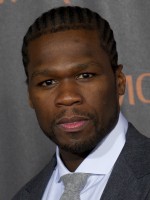 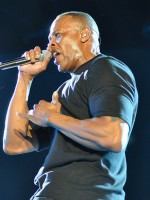 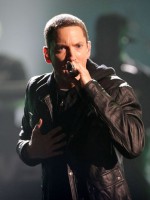 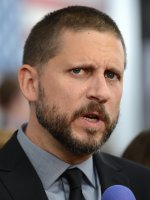 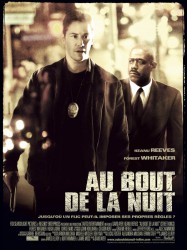 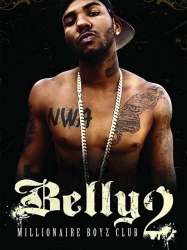 This movie was inspired by a true story, following the life of a thug being released from prison after an 8 year prison sentence. In the beginning of the movie "G," who is played by The Game, leaves prison determined to not be locked up again. It doesn't take long for the streets to pull G in again, and he meets a lady named Alexis (Shari Headley). However, both are hiding their secret lives (G being a hustler, Alexis being an undercover cop), who discusses 150 kilos of cocaine that G and Tone stole, which belonged to drug lord Tito Costa.
Déjà vu ?
J'adore 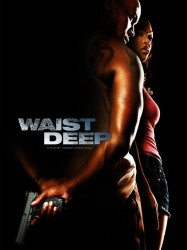 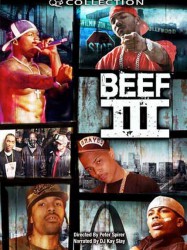 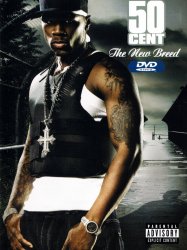