Nom de naissance Crystal Dionne Porter
Nationalité Etats-Unis
Crystal Dionne Porter, professionally known as Syr (pronounced S-e-e-r) Law is an American actress. She has performed in leading roles in a variety of films ranging from romantic comedies and dramas to science fiction. She received a WMIFF nomination and a win at the Nollywood Film Critics Award (NAFCA) for her performance in “Paparazzi: Eye in the Dark”. This same film open the door to other American actors, as she was the first African-American Actress to successfully cross over into all African genre and win several awards and nominations worldwide. 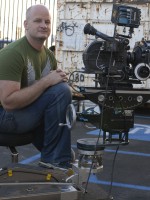 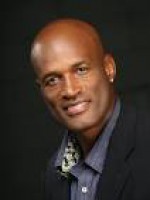 Aspiring photographer Rich Amarah (Van Vicker) dreams of making his fortune through his art but finds the life of being a sneaky paparazzi spy more lucrative. By selling pictures to the national newspapers, he has the opportunity to rub shoulders with the rich and famous. Superstar Ghanaian recording artist Mr. Maxx (Koby Maxwell) is at the top of the paparazzi food chain, and Rich's appetite for success leads him into a whirlwind of chaos when he accidentally films the "scoop of the century". This event not only becomes the paper's biggest exclusive but threatens his very survival as he alone holds the images to the city's biggest murder mystery.
Déjà vu ?
J'adore 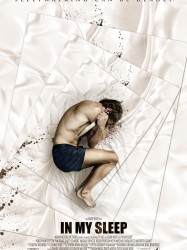 Marcus (Philip Winchester) wakes up in a cemetery with no memory of how he got there. He suffers from parasomnia, a sleep disorder which causes him to do things while asleep which he cannot remember, and so is plagued with questions: "Where was I last night? Who was I with?" Hoping to deal with his use of one-night stands to escape his problems, Marcus joins a Sexaholics Anonymous support group, where SA sponsor Derek (Michael Badalucco) helps him work through his problems. His disorder takes a turn for the worse when he wakes up and finds himself covered in blood with a knife at his side and the police banging at his door. In a panic he hides the evidence and then learns from the police that Ann (Kelly Overton), wife of his best friend Justin (Tim Draxl), was found stabbed to death. Marcus is terrified to put together the pieces of how she might have been murdered. A series of mysterious phone calls make him believe that someone is watching him. Desperate to figure out what happens after he goes to sleep at night, he investigates his own nocturnal activities. His quest for the truth ends in a shocking revelation.
Déjà vu ?
J'adore

Big Ain't Bad is a romantic comedy that redefines the measure of love. Ric (Blakemore) and Natalie (Dixon) are a happy young couple headed towards marriage after a brief courtship. However, when Natalie makes an early return home from a business trip and finds her trusted mate in the company of last night's entertainment, the relationship abruptly ends leaving them to travel separate roads to self-discovery.
Déjà vu ?
J'adore 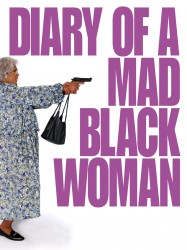 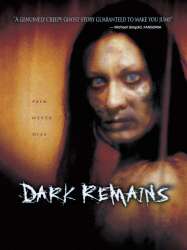 After their daughter dies, Julie and Allen move to a rural location. When Julie begins taking photographs of the area, she sees images of her dead daughter in them, and she begins to believe that her daughter may be attempting to communicate with them.
Déjà vu ?
J'adore 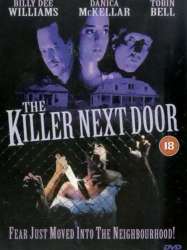 A young woman discovers the fine line between paranoia and having your worst fears become real in this tale of terror. Molly Wright is a typical college student sharing a house off-campus with her friends. Between her criminology classes, trying to keep up with her homework, and working as a volunteer with a local church group, Molly is wearing herself to a frazzle, so many of her friends think her imagination is working overtime when she begins to wonder aloud if Geoffrey Martin, the eccentric artist who has moved into the house next door, might be a serial killer. Molly's friends have a hard time believing her, but Paul Davidson, a police detective, thinks something funny is going on in the neighborhood after a number of missing persons cases are reported.