Worlds Apart released their first album in the U.K. and after a number of concert tours and regular television appearances, the band became hugely popular in Europe, where they signed a record deal with EMI.

Steve became lead singer and song writer for the band. After winning Best Newcomers at the prestigious Bravo Supershow, Worlds Apart quickly became the biggest boyband in Germany and were regularly supported by the Backstreet Boys and NSync.
Worlds Aparts success continued all through Europe, the Middle East, South America and Asia.
Due to their massive success, Worlds Apart represented France in the World Music Awards and also broke merchandise records in every concert hall in the country in the biggest ever French tour. With number one singles and albums under their belt the band sold well over 10 million records.

In Germany the band was featured on national phone cards and their own brand of 'Capri-Sonne' orange juice was on sale in supermarkets. In France the band featured in the movie Les Visiteurs 2 and they released songs in Spanish, French, German and even Polish.
Worlds Aparts success led to them filming 26 music videos and 7 long-form video releases and the sale of 138 different types of commercially-released Worlds-Apart products including such varied items as swimwear, sunglasses, bubblegum, lamps, bedlinen, footwear, motorbikes, cameras, luggage, watches, jewellery, etc. Worlds Apart photo machines and sticker machines were even positioned at airports and train stations.
The biggest European candy manufacturer HARIBO produced jellied sweets in the shape of the bands members heads. As well as the official Worlds Apart magazine and numerous unofficial magazines, there was a Steve Hart magazine called Steve sold in newsagents after Steve was voted Sexiest Man In Europe for 3 years running.

Steve is an accomplished songwriter, and wrote many of Worlds Apart hits, Including songs for, Disney, Capri-Sonne, HARIBO. He has also written songs for, movies, TV shows, and numerous hits for other artists one of which being Liberty X.

Steve has based himself in Los Angeles California following the completion of his course at London's Webber Douglas Academy of Dramatic Art and his 2 year Meisner Acting course at The Actors' Temple. 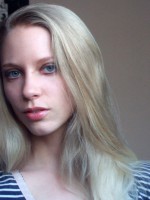 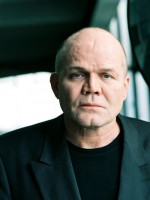 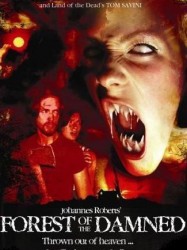 Five friends have a car accident and fall into the clutches of fallen angels who first seduce their victims and then kill them. A deadly battle of seduction, fear, and blood consumes the group as these angels have an insatiable appetite for human flesh.