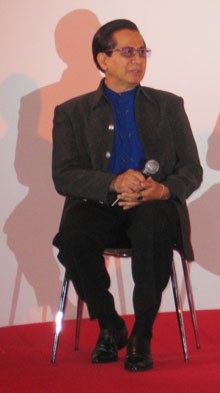 Nationalité Thailande
Naissance 26 juin 1937 (82 ans) à Province d'Ubon Ratchathani (Thailande)
Sombat Metanee (Thai: สมบัติ เมทะนี, born June 26, 1937 in Ubon Ratchathani Province, Thailand) is a Thai actor and film director. At one time he held the Guinness World Record for most film appearances (more than 600). By his own count, he's made more than 2,000 films and television shows, including lakorns (Thai soap operas). A prolific leading man in action films, romance, dramas, comedies and musicals at the height of his career in the 1960s and 1970s, he continues to act in Thai films and in television series, making frequent appearances on talk shows and in TV commercials. Among his recent films are Tears of the Black Tiger and The Legend of Suriyothai.

Early films
Sombat was introduced to the show business in 1960 by Namdee Witta, the leader of a television performance troupe. He starred in the television series, "Hua Jai Pratana" ("Heart's Desires").

His physical attractiveness caught the eye of Noi Kamolwatin, a film director from the Kamolsilpa Pappayon studio. Noi cast Sombat in Roong Petch (Diamond Rainbow), which opened at the Empire Theatre in Bangkok and became a huge success. With a fine-sculpted body, brawny face and slicked-back, pomaded hair, Sombat was a popular leading man, with both men and woman writing him fan letters. "I never thought of acting, but I was good-looking, smart; I had sex appeal," Sombat said in 2006 in an interview with ThaiDay.

Sombat went on to star in four more Kamolsilpa Pappyon films: Skao Duen in 1962 and Singh Sang Pa, Saming Sao and Nagm-Ngon, all released in 1963. He was then picked up by director Tawee Na Bangchang (better known as Kru Marut) to star in Tawan Lang Lued (Blood of the Sun). He also appeared in Kao Mangkorn (Nine Dragons), directed by Warun Chatrakul Na Ayutthaya. He was cast by his old talent scout, Namdee Witta, in the action film Singh La Singh (The Lion vs The Lion), in which he co-starred with Mitr Chaibancha, who was Thailand's top leading man at the time.


Top leading man
Often performing his own stunts, Sombat was an action star very much in the same mold as Mitr Chaibancha. And after Mitr's accidental death in 1970, Sombat became the top Thai leading man, often sharing the screen with Mitr's frequent co-star, Petchara Chaowarat, such as the 1971 musical comedy, Ai Tui (Mr. Tui), directed by Dokdin Kanyamarn. He was mainly paired with Aranya Namwong, though, and they replaced Mitr and Petchara as Thailand's top screen couple.

In 1966, Sombat won a "Golden Doll", Thailand's equivalent at the time to the Academy Award, for best actor in Suek Bang Rajan (The Battle of Bang Rajan). He received the statuette from King Bhumibol himself.

In 1973, he established Metanee Film, which lasted five years and made 23 films. Among them was the action-comedy Nak Leng Tewada (The Holy Hoodlum) in 1975.

Other films from the 1970s include the violent prison drama, Narok Tarutao (The Hell of Tarutao), directed by Ruj Ronaphop, and the historical epic, Khun Suk (War Lord), directed by Sakka Jarujinda. He played a cowboy in The Reluctant Gunman (Mue Peun Khia), a gangster in Louie, romanced Aranya Namwong in Chain of Love, was the Man With a Thousand Masks and controlled robot assassins in Nak Leng Computer (Gangster Computer). In another film, 1976's Choompae, he portrayed a brutal anti-hero.


Recent work
With age, Sombat graduated away from the hero roles, playing the role of the heavy. He was the leading villain in the 2000 Thai western, Tears of the Black Tiger, a film that paid homage to the action films he starred in during the 1960s and 1970s.

In addition to Tears of the Black Tiger, he was among an all-star Thai cast in Chatrichalerm Yukol's The Legend of Suriyothai. He had a small comedic role in the 2004 comedy, Bangkok Loco and played a senior police officer in the 2005 horror-comedy, Buppah Rahtree Phase 2: Rahtree Returns.

He's a frequent fixture on Thai television talk shows and in 2006 was appearing in a TV commercial for a brand of DVD player, spoofing his action roles of the 1970s.

In 2004, a restored print of Ai Tui, the 1971 musical comedy he starred in with Petchara Chaowarat was screened at the 2nd World Film Festival of Bangkok. Sombat was honored at the 2006 Bangkok International Film Festival with a Lifetime Achievement Award. The festival's program included a career-spanning retrospective of five of his films: Blood of the Sun from the 1960s, The Holy Hoodlum, Narok Tarutao and War Lord from the 1970s and 2000s (decade) Tears of the Black Tiger.


Singing career, family
Possessing a natural singing voice, Sombat has recorded some 200 songs and released many movie soundtrack records and albums, including 1981's Sombat Kong Yow. He's also penned an autobiography, which was released in 1994.

His wife's name is Karnjana. She managed his film company. His oldest son Siricoup starred in Chatrichalerm Yukol's 1993 film Salween and is now a race-car driver.


Political career
In the April 19, 2006 Senate election, Sombat Metanee was elected to a six-year term in the Senate, serving as a representative from Bangkok. He earned 53,562 votes, though his term was cut short by the 2006 Thailand coup. Of his decision to run, Sombat, who is popularly known by his nickname, Ad, said: "If Arnold Schwarzenegger won votes to be governor in America, why can’t Uncle Ad do something good for Thailand by being elected Senator?"

In Thailand, candidates for political office are required to have a university degree, so between film shoots, Sombat returned to school to pursue an education. He has a Bachelor of Arts from Rajabhat Walailongkorn University, a Master of Public Administration from Eastern Asia University and is working on a Ph.D in Public Administration. 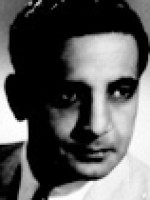 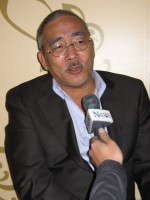 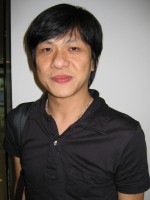 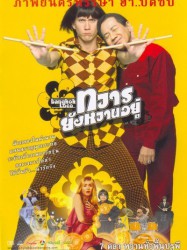 Bay is a talented young rock drummer in Thailand in the 1970s. One day, he is practicing on his drum set in his apartment and is in a trance, but he suddenly notices that everything is covered in blood and that his drumsticks are actually knives. Apparently, he has killed his landlady, Mrs. Victoria. Panicked, he runs out his door, through the streets and alleys to his friend, Ton, who is also a drummer and is in a band called The PC with Meow and Ooh. Despite Bay's circuitous flight to Ton's apartment, she only lives next door to him.
Déjà vu ?
J'adore 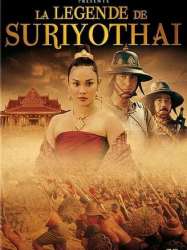 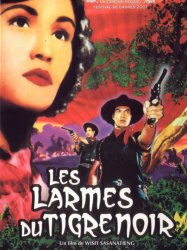 Chaokun Charoenkesa, the owner of a shop that sells hair-loss treatments, wants to pay back his debt of kindness to a friend, whose formula is responsible for the Chaokun’s prosperity. So he arranges for his good-for-nothing son, Manas, to marry Sugar, the daughter of his dear friend.