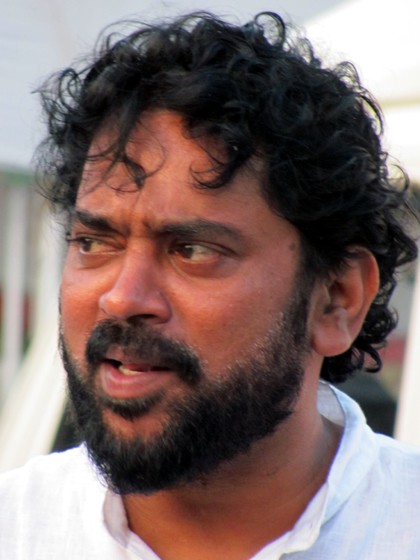 Nationalité Inde
Naissance 8 mars 1964 (58 ans) à Thiruvananthapuram (Inde)
Fondateur de August Cinema
Récompenses Padma Shri, Filmfare Awards South
In this Indian name, Sivan is a patronymic, and not a family name, and the person should be addressed by the given name, Santosh

Santosh Sivan ASC, ISC (born 8 February 1964) is an Indian cinematographer, film director, producer and actor in Indian cinema. Santosh graduated from the Film and Television Institute of India (FTII) and has to date completed 45 feature films and 41 documentaries. He is a founding member of the Indian Society of Cinematographers (ISC) and is the most awarded Director of Photography (DOP) in India. Sivan became the first Cinematographer in the Asia-Pacific region to be honoured with American Society of Cinematographers (ASC) membership. As a cinematographer, he has won five National Film Awards – including four for Best Feature Film Cinematography. As of 2014, he has received 11 National Film Awards for his work in various films.He was awarded the Padmashree by the president of India in the year 2014. 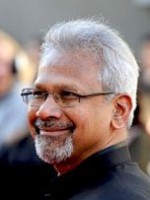 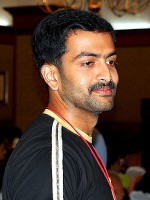 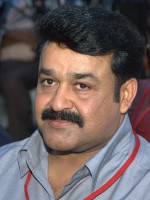 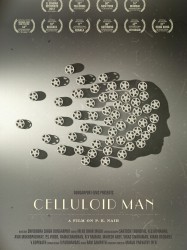 P. K. Nair’s fascination with cinema began as a child and he watched his first few films lying on the white sand floor of a cinema in Trivandrum. He was a collector even then - collecting ticket stubs, lobby cards, even weighing machine tickets sporting pictures of the stars of the day. He grew up to be a great collector of films.
Déjà vu ?
J'adore 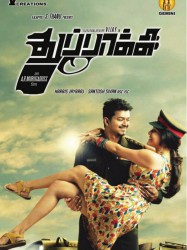 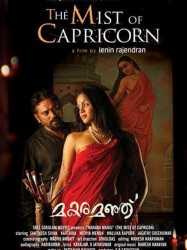 The film tells the story of Raja Ravi Varma at a certain stage in his life. He is in the process of painting a masterpiece. The theme of his painting is Pururavas, the legendary king who fell in love with the heavenly nymph Urvashi, who later agrees to become his wife on certain conditions, but disappears without a trace when she discovers that the conditions were violated. Pururavas wanders all around to find her and ultimately does get united with his lover. Ravi Varma, during his work, finds himself attracted to his model Sugandha Bai and this relationship begin to acquire certain shades of the legend of Urvashi and Pururavas. Together they are thrown into a torrent of love and passion from which they find it difficult to scape. 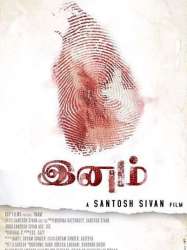 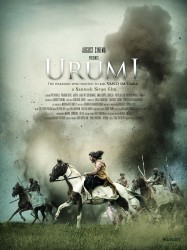 From the executives of Nirvana Group, Krishna Das (Prithviraj Sukumaran) learns that his ancestral property in Kerala, leased out to a non-governmental organisation (NGO) by his late-grandfather, is rich in minerals and is free to be sold as the lease period has expired. The multinational mining company [Nirvana Group] offers him a large sum of money as advance. The NGO currently runs a tribal school in the land property, which is situated inside the Kannadi Forest Range. When Krishna Das and his friend Thanseer (Prabhu Deva) reach the plot, they are kidnapped by the local tribal men to a cave deep in the forest. Krishna Das meets their chief Thangachan (Arya) in the cave. Thangachan explains to him that he is the descendant of certain Chirakkal Kelu Nayanar.
Déjà vu ?
J'adore 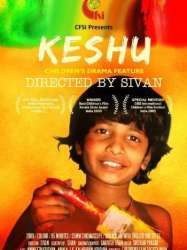 Keshu (Navneet Krishnan) is a deaf and dumb boy who lost his mother when he was born. He was raised by his maternal uncle (Kaladharan) and wife (Lakshmi Krishnamoorty). Being mischievous, there were many complaints against Keshu by the villagers. His uncle kept punishing him, but to no avail. The only person who Keshu could find solace was his distant relative and the maid of the house, Devu (Amala). Then, Shalini (Priyanka Nair), a drawing teacher transferred to that village started living with the family. Keshu did not spare her from his mischief, but she did not complain to anyone, and instead started liking Keshu. He reciprocated the affection shown to him and there was a gradual change in his behaviour. She encouraged him to take up drawing and even convinced his uncle to enroll him in a special school for the deaf and the dumb. Keshu wins an international award for his painting, The elephant and the Mahout, and become the darling of the whole village. The end of the happy chapter came as a letter to Shalini informing that her marriage is fixed . Her return was a torment to Keshu, his family as well as Shalini. Keshu remained sad and desperate for her return for days, but eventually realised that she will not come back. He asked his uncle to take him back to his school, and his uncle took him back to his world of colours and drawings.
Déjà vu ?
J'adore 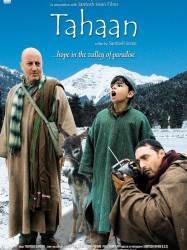 After salvaging money using various means, Tahaan reaches the moneylender to reclaim Birbal. He is told that old Subhan Darr (Anupam Kher) bought the donkey and went across the mountains in which Tahaan's father went missing. Gathering courage, Tahaan goes in search of the old man. He finds him and he follows Subhan and his assistant Zafar (Rahul Bose) and their mule train, leading Birbal despite their protests. Although Subhan promises to return Birbal to Tahaan if he can win a race against the incompetent Zafar, when he wins Subhan refuses to give him Birbal. Instead, Subhan gives the donkey to his eight-year-old nephew. Zafar tries to give Tahaan his sunglasses as a replacement for the donkey, but Tahaan will not accept the gift.
Déjà vu ?
J'adore 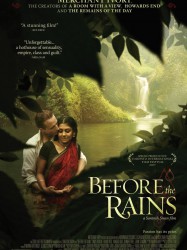 Before the Rains is set in 1930s Malabar District of the Madras Presidency of British India, against the backdrop of a growing nationalist movement. An idealistic young Indian man, T.K. (Rahul Bose) finds himself torn between his ambitions for the future and his loyalty to tradition when people in his village learn of an affair between his British boss and close friend Henry Moores (Linus Roache) and a married village woman Sajani (Nandita Das).
Déjà vu ?
J'adore

The story of the film begins when Puttaswamy (Prabhu Deva), a truck driver, arrives at his place in Mysore. Puttaswamy discovers a little boy Kittu (Skandha) in the back of his truck. Kittu is on a journey to find his mother (Anu Prabhakar), who left him upon discovering that she was HIV positive.
Déjà vu ?
J'adore 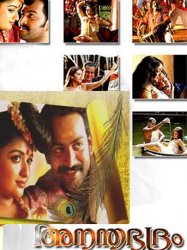 In the ancient village of Shivapuram, little Ananthan hears a tale from his mother, Gayathri (Revathi). She tells him that his family comes from a line of powerful magicians, and they are responsible for protecting nagamanikyam, a jewel on a serpent's head. The jewel, she narrates, lies in a secret place in the house guarded by snakes, including a tiny snake called Kunjootan.
Déjà vu ?
J'adore 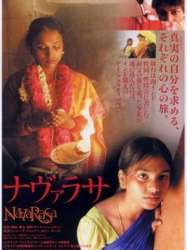 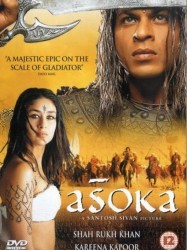 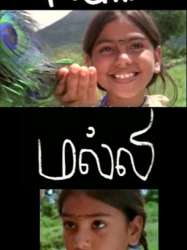 The film revolves around the story of Malli (P. Shwetha), a poor girl who spends most of her time helping her family by collecting firewood, and playing games in a nearby forest with her deaf and dumb best friend. Amongst her many dreams, her one main wish is to get herself a colourful dress to wear to a lively festival. However, during her quest she meets an old, local storyteller, who shares with her a story of a magical blue stone that can cure her best friend's muteness. With new horizons to pursue, she sets off to find this mysterious blue wishing stone.
Déjà vu ?
J'adore 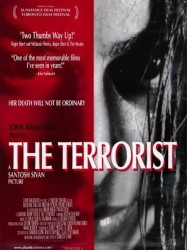 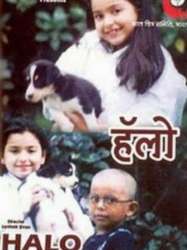 Halo revolves around a seven-year-old girl, Sasha (Benaf Dadachandji), who is in quest of her lost puppy. Having lost her mother in childhood, she yearns for mother’s love and always feels lonely even though, there is a doting father in Rajkumar Santoshi. During vacation, when all other kids are busy playing, she sits silently and doesn’t even eat properly. So, the gluttonous servant fabricates a story that a miracle will happen in form of a Halo. There comes a street dog and Sasha believes it to be the miracle, the God sent Halo. She adopts it and names it Halo. Now her life revolves around it. She sleeps, she drinks, she eats with it. Her father doesn’t object. One day Halo is lost. Sasha is terribly upset. The quest of her lost puppy takes her through the terrifying streets of Mumbai to the neurotic editor of a newspaper, for smuggling, a police commissioner (Mukesh Rishi) and a colorful gang of street urchins.
Résultats 1 à 15 sur 104
123457Page suivante >