More recently, he has received considerable media coverage for his attempt to set a new Guinness World Record for the most distance travelled on a unicycle, which he undertook to raise funds for breast cancer research and raise breast cancer awareness following his sister's diagnosis with the disease.

Born in 1978, Samuel was born and raised in Daylesford, Victoria. He has two sisters, Constance and Hilde and both were raised by their father. When Samuel was a toddler, his mother committed suicide. At age 11, his sister Constance was diagnosed with cancer, from which she recovered after chemotherapy sessions.

Prior to his discovery, his family were going through some financial difficulty. His father had enough money to pay for one of them to go to a private school for a term. "He chose me despite the fact that my sister had a better academic record. And by the end of the first term, I was earning enough to pay for the school fees that we couldn't afford. I was very lucky. I got an opportunity and I made the most of it." With the money he earned through his acting, they were able to pay off the school fees and eventually started their own family business, a chain of second-hand bookstores around Melbourne.

On 5 February 2006, his girlfriend Lainie Woodlands committed suicide. Sam and Lainie's mother Kim then endured a bitter legal tug-of-war for 2 months with her estranged father in order to lay her to rest close to her chosen home and those she loved. She was eventually laid to rest by Sam, Kim, Lainie's siblings and many close friends. Johnson took an extended career break to recover from the trauma and returned to Daylesford.

In late 2007, he began a relationship with Sarah Hallam, a casting director. They have known each other since they were 15. He stated, "I am really enjoying my new life. It is very different from the other one ... out in the 'burbs with my girl and her little boy, who is five." They live in the outer suburbs of Melbourne with Sarah's young son, while running workshops for aspiring actors.

In September 2007, he was involved in a bar brawl at Star City Casino, Sydney. While attending a wedding with his girlfriend Hallam, he was involved in an altercation with another guest, Ben Benson, of Brisbane. Johnson had repeatedly punched him before stomping on his head as he lay prone on the floor. The court was told that at the time of the offence Johnson was receiving treatment for depression following the suicide of his long-term partner Lainie Woodlands. Upon leaving the court, Johnson was completely remorseful for his actions, stating, "I am very sorry it all happened, I was a bit of a nincompoop and I'm glad that it's all over. I'm looking forward to moving on". He was given a 12-month good behaviour bond, with Johnson to continue with his counselling, and no conviction was reported.

In May 2008, Johnson gave his first interview since the death of Woodlands to ABC Television's Australian Story – The Sum of Sam.
He talked about the turmoil of the last three years – and his life changing involvement with Open Family Australia, a charity that works with vulnerable young people. 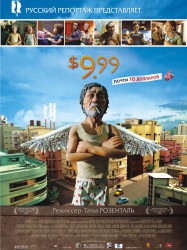 Geoff Brewster is seeing out his final days at the family's isolated coastal shack - walking the beach and leaving tape-recorded confessions for his estranged wife, Sally. Geoff, we learn, is dying, and will soon begin to lose his sight. But the peace of the coastal shack is shattered when his nephew, Josh (Nick Barkla, Em 4 Jay) arrives at the house, volatile and apparently hostile, at the wheel of a Porsche, announcing that he has come to stay. It's not clear at first why he has come or what he wants from Geoff. But his presence will spark a deadly game between both men that will threaten to destroy them both.
Déjà vu ?
J'adore A criminal languishing in jail embarks on a torrid affair with a female guard. However, events take a sinister turn as she becomes increasingly besotted, and news of their romance becomes public - leading to the collapse of her marriage. Desperate, she agrees to help the crook escape, only to start doubting his commitment.
Déjà vu ?
J'adore Jack Simpson is a wise-cracking, directionless layabout who works at an inner-city telemarketing firm. For years, he has been a member at the Cityside Lawn Bowls Club (in fact he has three memberships). But he has never played a single game, having only joined to get the free parking spaces from which he makes extra cash by renting them to his work-mates. But Cityside is in dire financial trouble and a greedy developer, Bernie Fowler, wants to turn it into a soul-less pokies venue. The Club President, Len, decides that all existing members must now play and Jack reluctantly has to turn up on Saturdays to take part in the bowling matches. Jack proves to be a natural player but he soon annoys and upsets the older club members with his brashness and lack of tact. Veteran player Stan, sensing that Jack only needs some guidance, both in the game and in life, takes him under his wing, trying to teach him to think of other people apart from himself.
Déjà vu ?
J'adore Harry (Lynch) and Kate (McKenzie) meet during therapy and fall passionately in love. They move in together and Kate gets pregnant. In the hospital, Kate dies while giving birth to their daughter. Harry asks his brother to take care of his daughter and walks to the bridge where Kate and Harry once stood to "fly". The film ends there and Harry's further actions are open for interpretation.