Nationalité Etats-Unis
Naissance 25 février 1977 (45 ans)
Ross Patterson aka St. James St. James, is an American actor and author who has appeared in over 20 films including The New Guy, Accepted, and the 2006 Sundance film The Darwin Awards. Ross also written, starred, and produced in six films, $50K and a Call Girl: A Love Story, 7-Ten Split, (with actress Tara Reid), Screwball: The Ted Whitfield Story, Darnell Dawkins Mouth Guitar Legend, Poolboy: Drowning Out the Fury, and FDR: American Badass!, as well as a 2007 pilot for MTV entitled The Barnes Brothers which did not get picked up. In 2015 his first novel At Night She Cries, While He Rides His Steed was released June 9th by Regan Arts. It is billed as the first ever "Romance Novel For Dudes". He was nominated for an MTV Movies Award for Best Spoof in 2008. Ross was a member of Kappa Sigma fraternity at The Ohio State University in the late 1990s. Ross can be seen as the fast talking Hollywood music producer Joey Zane in the movie Garden Party which opened on July 11, 2008 in Los Angeles, New York, Portland, and Seattle.

Patterson finished filming Darnell Dawkins: Mouth Guitar Legend in January 2010. The film is based on the popular YouTube short film of the same name that has garnered over 800,000 views. He wrote, starred, and produced this film.

Poolboy: Drowning Out the Fury starring opposite Danny Trejo, Jason Mewes, and Kevin Sorbo, was supposedly made in 1990, but only released to the public in 2013. "It's an unearthed lost-plot movie from 1990 that the studio deemed too terrible to release, a Vietnam Veteran Sal Bando (Sorbo), tortured by his past as a Poolboy returns home to Van Nuys, California, and a country he doesn't recognize, in which it seems only Mexicans run pool-cleaning companies. Bando sets off on a brutal mission to reclaim his "rightful" vocation and enact revenge on the man(Trejo) who killed his wife and son." (according to IMDb)

Screwball: The Ted Whitfield Story came out October 1, 2010. The plot involves a major-league baseball strike in 1994 which gives the sport of Wiffle Ball a chance to take the spotlight. Ted Whitfield, a star player, is played by Patterson.

Patterson wrote and produced FDR: American Badass! playing a role opposite Barry Bostwick (FDR) and Bruce McGill. Production started December 6, 2010 in Los Angeles and features the 32nd president of the United States riding a "wheelchair of death" to stop the world from werewolves who carry the polio virus, including werewolf versions of Hitler, Mussolini, and Emperor Hirohito.FDR: American Badass! was designated, "One of the 25 Weirdest Films Streaming on Netfix Right Now", by critics in 2013.

Ross Patterson's pilot St. James St. James Presents: Delirium Cinema earned the "Out of the Box" award in the 2011 New York Television Festival. The IFC (U.S. TV channel)sponsored the category and the prize was a development deal with the network. Patterson created, wrote, starred, and produced the show which features a director looking back at the 200 worst films ever made.

$50K and a Call Girl: A Love Story is in post-production. Patterson stars with actress Jessie Wiseman and rapper Asher Roth. He writes, stars, and produces in this film as well. The film is directed by Seth Grossman.

A bid to fund Helen Keller vs Nightwolves, on fundraising platform Kickstarter, was unsuccessful despite over $41,000 in donations that were offered.

In 2015, he produced and directed, as well as starred in Range 15, in collaboration with the apparel companies, Ranger Up and Article 15 Clothing. Financing for the film was generated through an Indiegogo campaign started by the two apparel companies, which resulted in over $1 million being raised. The movie is set to be released in 2016. 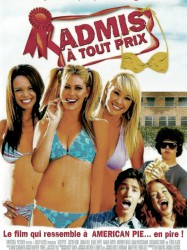