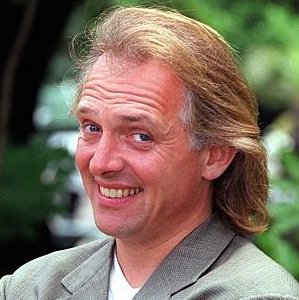 At the time of his death, Mayall was described by Danny Cohen, director of BBC Television, as a "truly brilliant" comedian with a unique stage presence, whose "fireball creativity" and approach to sitcom had inspired a generation of comedy stars.

Family
Mayall married Scottish make-up artist Barbara Robbin in 1985, and the couple had three children: Rosie (born 1986), Sidney (born 1988) and Bonnie (born 1995). The couple met in 1981 while filming A Kick Up the Eighties and embarked on a secret affair. At the time, Mayall was in a long-term relationship with Lise Mayer. Upon finding out Robbin was pregnant, Mayall eloped with her to Barbados. Mayer would later suffer a miscarriage. In a 2002 newspaper article, Mayall said that Mayer had since forgiven him.


Political views
Mayall twice became involved in politics. In 2002 he dressed as Adolf Hitler for an advert in opposition to Britain joining the euro, and in 2011 appeared in character as Alan B'Stard to oppose the proposal to use an Alternative Vote system in UK elections.


Quad bike accident
On 9 April 1998, Mayall was injured after crashing a quad bike near his home in Devon. Mayall's daughter Bonnie and her cousin had asked him to take them for a ride on the bike—a Christmas gift from his wife—but he refused because it was raining, and he later went alone. Mayall's wife Barbara looked out of the window and saw him lying on the ground with the bike. Believing he was joking, she initially left him for a few minutes. Mayall was airlifted to Plymouth's Derriford Hospital, with two haematomas and a fractured skull. During the following 96 hours, he was kept sedated to prevent movement which could cause pressure on his brain. His family was warned that he could die or have brain damage. He was in a coma for several days. After five days doctors felt it safe to bring Mayall back to consciousness.

During Mayall's hospitalisation, The Comic Strip special, Four Men in a Car, was broadcast for the first time. The film involves Mayall's character being hit by a car. Mayall and Edmondson joked about the event in stage versions of Bottom, Edmondson quipping "If only I'd fixed those brakes properly," and Mayall referring to himself: "You must know him, that tosser who fell off the quad bike." In his 2005 spoof autobiography, Mayall claims that he "rose from the dead". 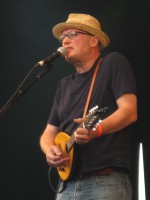 Dr. Geoff Burton (Eklund), a brilliant genetics researcher, is invited to a lab in Dresden, only to discover a lethal virus is being created, which he may have unintentionally caused and be its first victim. This mystery is set against Dr. Burton trying to find redemption and peace from a past haunted by the death of his infant son.
Déjà vu ?
J'adore 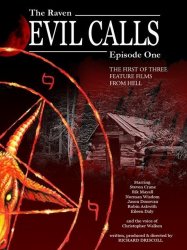 A group of students go to a haunted forest called Harrow Woods in New England for a weekend vacation to investigate the disappearance of horror novelist George Carney and his family who have been missing (presumed dead) for two years. Led by lecturer, Karl Mathers, the group embark on their investigation into the forest. They discover that in the 17th century the infamous witch, Lenore Selwyn, was burnt at the stake within Harrow Woods. As she struggled against the flames she cursed the land her ashes fell upon. The group are murdered one by one. The George Carney story appears in flashback as the students, particularly Anna, a psychic, investigate Harrow Woods and the abandoned log cabin where the Carney family was suspected to have been murdered two years previously.
Déjà vu ?
J'adore Record-company owner Marty Starr (Rik Mayall) concludes that Marla Dorland, aka Mavis Davis (Jane Horrocks) is a fading star. Meanwhile he has to meet alimony payments to his ex (Jaclyn Mendoza), while he's forced to promote the untalented son of a mobster, Rathbone (Danny Aiello). To get out from under, Marty decides that the death of Marla/Mavis could jolt record sales by turning her into a legend. He hires hitman Clint (Marc Warren), but eliminating Mavis turns out to be more difficult than they thought.
Déjà vu ?
J'adore