Early life
Rider King Strong was born in San Francisco, California, the second of 2 boys born for Lin (née Warner), a teacher and nutritionist, and King Strong, a firefighter. He graduated from high school in Sebastopol, California in 1998. His elder brother is Shiloh Strong, an actor and still photographer.


Career
Strong began his acting career at the age of nine, when he starred as Gavroche in the San Francisco production of Les Misérables. After the stage production, he appeared in small screen roles on television. In 1992, he received his first regular television series role as Julie Andrews's son on Julie. When the series was canceled, Strong made his debut on film as Amy Irving's son in Benefit of the Doubt. It was not until he was chosen for the role of Shawn Hunter in the ABC series Boy Meets World that he received widespread recognition.

During the seven-year run he was nominated twice for the Young Artist Award and nominated for a Hollywood Reporter YoungStar Award. When the series ended, Strong returned to the big screen to star as Paul in the indie horror film Cabin Fever, directed by Eli Roth. In 2006, he returned to television for a regular series role in Pepper Dennis on the WB. The show was short-lived and was not chosen as one of the transferring shows to The CW Television Network. That same year, Strong recorded a reading for the audio version of the Anthony Kiedis biography, Scar Tissue. He had a brief cameo appearance in 2009's Cabin Fever 2: Spring Fever, the sequel to Cabin Fever.

Along with his brother, Shiloh Strong, he wrote and directed the short film, Irish Twins, which premiered at the 2008 Tribeca Film Festival. It went on to win both the Jury Award and Audience Award at the Woods Hole Film Festival, a Special Jury Prize in the Action/Cut Short Film Competition and Best First-Time Director at DC Shorts. Speaking to Pure Movies in 2010 he expressed that he wanted to expand his writing and directing career: 'Acting is always there and I enjoy it but it’s kind of got a little unfulfilling lately. You know, I’m in the low budget horror world… I have a whole lot of other stuff I want to do.'

In April 2008, Strong, along with his brother Shiloh and his then-girlfriend (now wife) actress Alexandra Barreto, co-created a 30-second television ad in support of Democratic presidential candidate Barack Obama titled, "It Could Happen to You." The ad, submitted to MoveOn.org, became one of 15 finalists from a pool of over 1,100 submitted ads, and was chosen as the funniest ad in May 2008. In August, MoveOn raised $200,000 to air the ad on MTV and Comedy Central; it was the first political commercial to ever appear on Comedy Central. In early 2009, Strong narrated the audiobook of The Obama Revolution by Alan Kennedy-Shaffer. In 2010, Strong starred in the science fiction-thriller film The Darkening Sky alongside Ezra Buzzington, Charley Rossman, Sally Berman, Daniel Kirschner and LaShan Anderson under the direction of Victor Bornia.

In late 2012, Strong declined an offer to reprise his role as Shawn Hunter in the upcoming spinoff, Girl Meets World. However, during production of the pilot in March 2013, Strong along with other cast members, who were also unconfirmed to return, appeared on the set sparking rumors of a cameo or return to the new series. Creator Michael Jacobs stated "I think there's more than a chance, I think there's a strong chance" when commenting on Strong and other original series cast members returning. Other current cast members commented on Strong's return indicating that his return might be a secret not ready to be revealed. In June 2013, a Boy Meets World reunion was held with Strong attending along with many of his former cast members. On March 19, 2014, it was confirmed that Strong would reprise his role as Shawn Hunter, the first being a holiday-themed episode along with former cast members Betsy Randle and William Russ. In addition, Strong will also direct episodes. 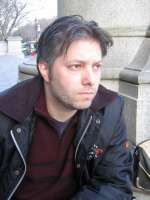 Grad student, Eric Rainer, has a thesis: UFOs and ETs are modern-day myths designed to explain events that seem unexplainable. But after a disturbing alien abduction nightmare, Eric must face the sudden and mysterious disappearance of his girlfriend.
Déjà vu ?
J'adore 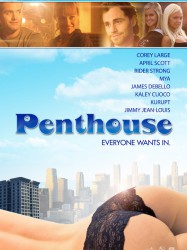 The winner of a reality television show invites his two best friends to share the Los Angeles penthouse he won for coming in first place, and quickly finds out why living with your pals is not always the best idea. Realising that a bachelor pad is no fun when you are flying solo, Tyler (Large) invites Kieran (Strong) and another friend to come partake in the debauchery. A struggling writer who is reluctant to commit to his longtime girlfriend, Kieran quickly takes Tyler up on the offer, and before long life is one non-stop party. The strains in Tyler and Kieran's friendship start to show, however, when Tyler's flirtatious younger sister arrives for a visit, and puts the moves on Kieran.
Déjà vu ?
J'adore 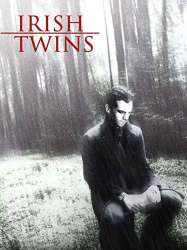 The film follows aging, overworked actor Mack Cameron (Timothy Bottoms) as he struggles to keep up with the demands of career and family life. Cameron accepts a lead role in a low-budget independent film despite schedule conflicts with a major movie role he's lined up for, because it will be filmed in his small hometown of Littleton, Texas. Cameron sees the project as an opportunity to mend fraying relationships with his wife, Liz (Meredith Baxter), and sons Tyler (Dylan Michael Patton) and Joe (Emilio Mazur). Cameron's frustration boils over when he learns he has been removed from his role in the upcoming blockbuster because of his decision to work close to home. Cameron lashes out at the people around him, further alienating his family and wreaking havoc on the set. Cameron's child co-star, CJ Kinney (Ben Estus) is particularly affected. CJ's desire for a performing career alienates him from his peers and family, especially from his overbearing father Cal (Brandon Smith). Interaction with CJ inspires Cameron to re-assess his priorities; ultimately, he opts to put his family and life in his hometown ahead of his career.
Déjà vu ?
J'adore