He made his debut in the 2000 film Champion where he played a villainous role and for which he was nominated for the 2001 Filmfare Best Villain Award. He acted villain in the Punjabi movies Dharti in 2011.

In December 2013, Dev made his television debut, playing the role of demon Arunasur in mythological TV series Devon Ke Dev...Mahadev. 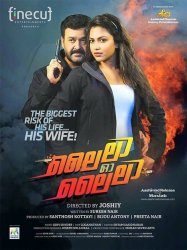 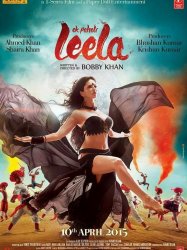 The movie starts with Karan (Jay Bhanushali) shifting homes in Mumbai. Karan is a singer and musician who often helps his sister Radhika with music for her fashion shows. Radhika (Shivani Tanksale), is a fashion photographer who wants to get Meera (Sunny Leone) for her shows with the help of her friend Andy (VJ Andy)
Déjà vu ?
J'adore 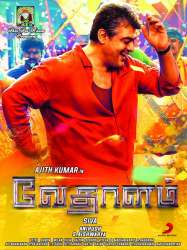 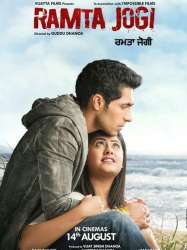 An intense live story placed in the land of Punjab. The main protagonist named Jogi(Ramta Jogi), comes from a humble background and the girl , Meet belongs to a well off family.
Déjà vu ?
J'adore 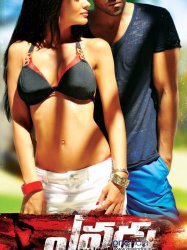 Satya and Deepthi are lovers living in Vishakhapatnam. A dreaded don, Veeru Bhai, lusts for her. When Deepthi's parents are killed, she and Satya escape. They board a bus en route to Hyderabad, but the bus is stopped unexpectedly and boarded by three men: Veeru's henchman Deva, Veeru's brother Ajay, and a corrupt police inspector, Shravan. They kill Deepthi in front of Satya, and he suffers an almost-fatal stab wound. Before the three leave, they set fire to the bus, leaving Satya to his death. However, Dr. Shailaja saves Satya by giving him a new face and skin. Ten months later, Satya awakes from his coma.
Déjà vu ?
J'adore 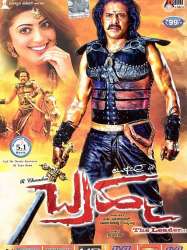 The film opens with a lady coming to India from Malaysia . She takes a taxi and wants to go to Brahma's place. The driver then starts telling her about Brahma's life. The movie goes into a flashback. In 1970, Veer Brahma(Nassar) kills two rich men.Then his wife gives birth to a son. The movie then comes back in 2014, ACP Shinde(Sayaji Shinde) is handed the case of Brahma. Pranitha comes and tells her story - Pranitha(Pranitha Subhash) is a girl from Malasyia. She lives with her parents in Malasyia .She saw Brahma(Upendra) helping a beggar. After some events she falls in love with Brahma. Then Lucky man, (Rangayana Raghu) a millionaire is also fooled by Brahma. In Malasyia Bramha killed a international don named Rahul Dev(Rahul Dev). Now we see that Brahma is a Don. Brahma goes to loot his house. There Brahma is living with a new name, Upendra. He works in his father's house. Then we see some comedies of Sadhu(Sadhu Kokila), who is the leader of the servants in the house. Then Pranitha and Lucky man comes in that house. One day Brahma is caught by ACP Shinde in that house. Then Brahma's grandfather reveals their past. In 1600 BC A warrior named Brahma (Upendra again) is very kind to poor. He gives all his wealth to the poor. But in 1950, their family becomes very poor. Then Veer Brahma says that he will take all the wealth his grandfather gave to others. Then Bramha is taken to court and he is sentenced to 2 years in jail. There, his father apologizes to him. After two years, Bramha is now the chief minister of Karnataka. The Lady came to kill Brahma but she did not succeed in killing him. She is the wife of Rahul Dev. The movie ends with Upendra saying, "Jo janta ko chodkar dourta hai woh leader nehi ho ta, Jo janta ko sath lekar dourta hai wahi ho ta hai leader." In English, this means, "Which man runs without the public he is not a leader, but he who runs with the public he is the leader.
Déjà vu ?
J'adore 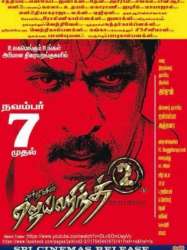 Jaihind is the journey of five people, linked by one man, who fights for children's right to education. Little Parvathi from a very poor family background gets an admission into one of the most affluent schools in the city. But unable to pay the exorbitant fees, the man of the house sells one of his kidneys. They still fall short of a big chunk of money and the finally gives up and commits suicide. This disturbs Abhimanyu (Arjun Sarja) deeply, and the computer service engineer becomes a hero over night, by propagandizing a solution for education costing so much. Abhimanyu suggests that all private schools be nationalised, which will compel them to offer services at very little fees compared to that being collected now, while still ensuring that the quality of education is not compromised. This is bad news for the private school owners, who make a business out of educating children. And hence Abhimanyu is targeted and pushed to extremes.He is put behind bars and is conspired to be murdered. How he succeeds in his mission,despite all this, forms the crux of the movie.
Déjà vu ?
J'adore Loukyam opens with Venky (Gopichand) kidnapping the sister of Babji (Sampath Raj), as she is getting married to Bharat (Bharath Reddy) although she is in love with someone else. He goes to Hyderabad and waits for everything in his home, Warangal to clear. He stays with his friend, Shyamala (Satyam Rajesh). There he falls for Chandrakala, the sister of Sathya (Rahul Dev), a don in Hyderabad. Chandrakala rags other students in the college using her brother's power. After her initial rejection, Venky gets her to reciprocate his feelings. Meanwhile, Babji comes to Hyderabad in order to reach Sippy (Brahmanandam), the driver who helped Venky kidnap Babji's sister. Babji, unaware of the fact that he is travelling in Sippy's taxi, goes around Hyderabad with Boiling star Bablu (Prudhviraj), A rising Television star. Meanwhile, Kesava Reddy (Mukesh Rishi), a politician is behind Chandrakala's life. He conducts an attack on her through which Venky comes to know that Chandrakala is actually Babji's second sister and that he had sent her with Sathya to Hyderabad to maintain a low profile. Babji readies Chandrakala to marry Bharath. He also continues to search for whoever (Venky) abducted his sister. Using the help of Nano Shastri (Krishna Bhagavaan), Venky manages to get Babji and Chandrakala into his house. He also comes to know that the reason Kesava Reddy wants to kill Chandrakala is because his younger sister committed suicide because she loved Babji although he did not reciprocate the same. He hires Hamsa Sippy (Hamsa Nandini), Sippy's wife, to act as his father, Meka Papa Rao a.k.a Puppy's wife. He tells Babji's elder sister to come back on the engagement day to act as if not married and Babji fixes the marriage of his elder sister with Bharat. But unexpectedly, They all come to know that the girl is pregnant and so Bharat refuses to marry. Then Venky tells Babji that his brother (who is actually Babji's sister's husband and is acting as Venky's brother) will marry his sister. Babji agrees for the wedding and in turn tells Chandrakala that she is to marry Bharat again. Through an attack incident, Venky comes to know that Bharat is Kesava Reddy's son. He tells Kesava Reddy that even Babji is aware of this fact and is planning to kill Bharat on a trip to Srisailam. Kesava Reddy ends up believing him and attacks Babji and the group on the way. He foolishly reveals to Babji that Bharat is his son and that he is aware Babji will kill him. When Kesava Reddy realizes his folly, he kidnaps Chandrakala and Bharat and escapes from the spot. Boiling star Bablu who mistakes it to be a serial shoot stops Kesava Reddy on the way which gives Venky enough time to reach Kesava Reddy. In a thrilling climax, Venky gets Babji to beat up Kesava Reddy and using his "Sympathy angle" trick, which he had earlier used to get Babji and his sister together, He gets Babji to agree for his and Chandrakala's wedding as well. The film ends with Sippy saying that with "Loukyam"(Tact), you can fool not only Babji but even God and Boiling star Bablu saying he is Cool Bablu from now on and he will do only comedy serials and not action ones.
Déjà vu ?
J'adore

In this film Meera looks entirely in different get up. The movie is totally female oriented and Meera is playing a strong key role in the film. After 3 years of time span Malayalam actress Meera Jasmine come up with a female oriented horror film. Srikanth Vemulapalli is the director of the movie.
Déjà vu ?
J'adore