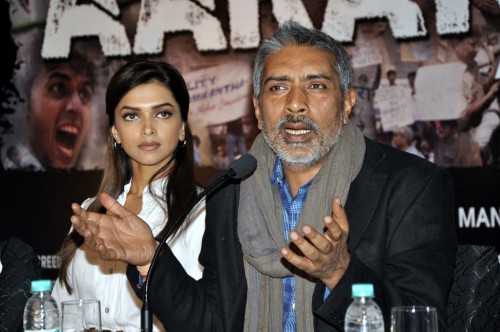 Early life and education
Prakash Jha was raised at his family's farm in Baraharwa, Bettiah, West Champaran, Bihar, India. He did his schooling from Sainik School Tilaya, Koderma district and Kendriya Vidyalaya No. 1, Bokaro Steel City (Jharkhand). Later, he joined Ramjas College, Delhi University to do B.Sc (Hons) in Physics; though he left studies after one year, and decided to go to Mumbai and become a painter, though while he was preparing for J.J. School of Arts, he happened to witness the shooting of the film Dharma and got hooked on to filmmaking.

Soon he joined the Film and Television Institute of India (FTII), Pune in 1973, to do a course in editing, though midway through it, the institution was closed for while, due to student agitation, so he came to Mumbai, and started working, and never went back to complete the course.


Personal life
Prakash was at one time married to actress Deepti Naval with whom he has an adopted daughter Disha.


Career
While still midway through his course, he started working on films independently, in 1974, and made his first documentary, Under the Blue in 1975, and continued to do so for next 8 years.

During this period he made some highly politically charged documentaries, like the one of 'Bihar Sharif riots', titled, Faces After Storm (1984), which received considerable attention, as it was banned within 4–5 days of its released though later it won the National Film Award for Best Non-Feature Film for the year.

Finally, he made his debut, as a feature film director, Hip Hip Hurray in 1984, scripted by Gulzar and starring, Raj Kiran and Deepti Naval as leads. Next came, the film he received most recognition with, Damul (1984), which won the National Film Award for Best Feature Film and the Filmfare Critics Award for Best Movie in 1985. The film was based on the bonded labour issue in Bihar.

Over the years he has made over 25 documentaries, nine feature films, two television features and three television series including the popular TV serial Mungerilal Ke Hasin Sapne.

In 2010, he directed Raajneeti, which was a contemporary take on the epic, Mahabharat. It starred Ajay Devgan, Manoj Bajpai, Naseeruddin Shah, Katrina Kaif, Arjun Rampal, Nana Patekar and Ranbir Kapoor and was a critical and commercial success. His next venture was Aarakshan which starred Amitabh Bachchan, Saif Ali Khan Deepika Padukone and Prateik Babbar. In 2012, Jha's next release Chakravyuh starred Arjun Rampal, Abhay Deol, Manoj Bajpai, Kabir Bedi and Esha Gupta was released in Dussehra 2012. His next film Satyagraha(2013) starred Amitabh Bachchan and Ajay Devgn. 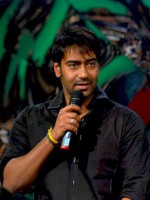 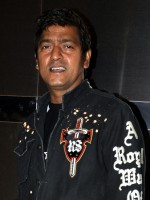 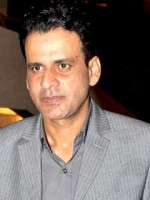 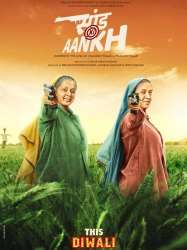 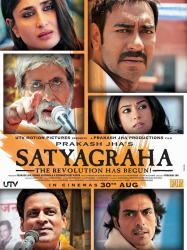 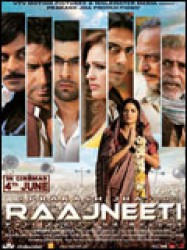 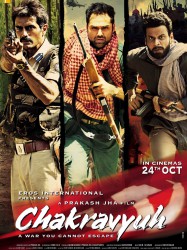 Adil Khan (Arjun Rampal), a highly decorated police officer is posted to Nandighat, after a horrifying massacre of 84 policemen. Within days, he discovers that the Maoists, led by the ruthless and charismatic Rajan (Manoj Bajpai), effectively control the area. They are able to swiftly thwart Adil's most determined efforts. Despite holding a position of enormous power as the SP of Nandighat, Adil has never felt so helpless in his career.
Déjà vu ?
J'adore 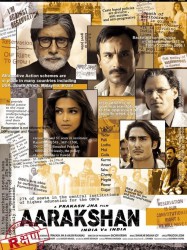 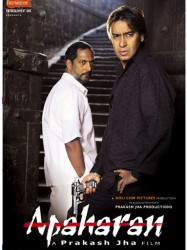 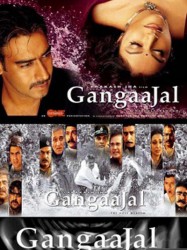 The film begins with SP Amit Kumar (Ajay Devgan) taking charge of the Tezpur District in Bihar. The area is notorious for its crime rate, with Tezpur Police under the control of local don Sadhu Yadav (Mohan Joshi) and his son Sundar Yadav (Yashpal Sharma). Amit tries to instill honesty and courage in his subordinates, but in vain. Bacha Yadav (Mukesh Tiwari), who is a stooge of Sadhu Yadav visits his hideout, sees an infamous local goon Nunwa taking shelter there. Fearing that arresting him would open the lid on the nexus between Nunwa and the Tezpur Police, he kills Nunwa and misleads Police that he was killed in an encounter. Suspect about the encounter, Amit Kumar summons Bacha Yadav, puts him off duty temporarily and also tries to keep him away from Sadhu Yadav and Sundar Yadav. Anxious that he would be transferred from Tezpur, Bacha Yadav, seeking the help of Sadhu Yadav, visits his home, where he finds out that he is being ditched by Sadhu and vows to settle score with them. Meanwhile, Sundar manhandles a Public Works Department engineer for not heeding to his word during a tendering process. Amit takes notice of the incident and also finds that a girl is missing from her home after being kidnapped by Sundar. Sensing an opportunity, Bacha Yadav urges Amit to give him one more chance, who obliges him. Bacha Yadav tricks Sundar into a factory where Amit and his men are waiting and after a brief scuffle, Sundar is arrested and produced in a local court, where the judge acquits Sundar on the account of lack of evidence against him.
Déjà vu ?
J'adore 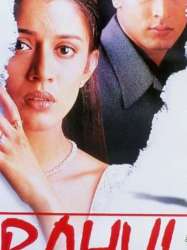 Mira (Neha) comes from a very wealthy family, however, she wants to get married to Akash Sharma (Jatin Grewal), who is not so wealthy. Against the wishes of her mother (Neena Kulkarni) and brother, Mira gets married to Akash. Akash and Mira start a life full of love. Once Rahul (Yash Pathak) is born Mira's family forgives them. Akash has his own small business of travel. He is dedicated towards work but would not earn money by cheating. On Rahul's first birthday Akash gives Mira the permission of inviting her family. At the venue Mira's family comes along and Mira's brother (Manish Wadhwa) insults Akash to the core. This infuriates Akash and he hits Mira's brother. Mira asks Akash to ask forgiveness from his brother which the former refuses. Mira's family forcibly takes her away from Akash. She is also forced to leave behind her son Rahul. Akash and Mira get divorced in the court and fearing that Akash might take her life in absence of Rahul, Mira is forced to give the custody of her only child to Akash, until he is at least 5 years old.
Déjà vu ?
J'adore 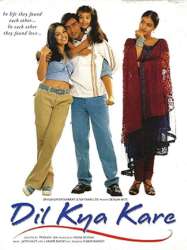 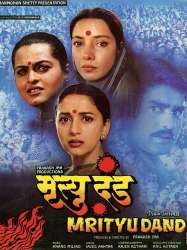 It is set in the fictional village of Bilaspur, Bihar in 1996. The movie starts with the grisly portrayal of a mob killing of two defenceless women, orchestrated by vested interests, and how village power players later evade administrative inquiries into this atrocity. This incident sets the tone for much of the rest of the movie.
Déjà vu ?
J'adore 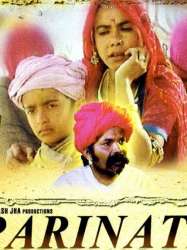