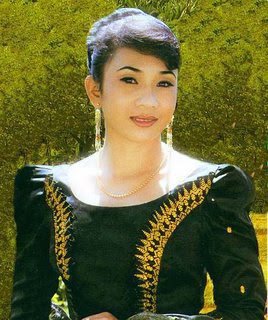 Nom de naissance Oak Eap Pili
Nationalité Cambodge
Naissance 4 février 1965
Mort 6 juillet 1999 (à 34 ans) à Battambang (Cambodge)
Pisith Pilika (Khmer: ពិសិដ្ឋ ពីលីកា) (4 February 1965 – 6 July 1999), was a Cambodian ballet dancer and actress. Born Oak Eap Pili (Khmer: ឱក អៀបពីលី), Pilika appeared in hundreds of movies and thousands of karaoke videos from the 1980s through the 1990s. Her career was brought to a premature end when she was murdered in broad daylight at Phnom Penh's O'Russey Market. Though the crime amounted to one of the most high-profile killings in Cambodia’s recent history, no suspects have ever been identified or arrested.

Piseth Pilika had been very involved in filmmaking, through which she came to meet Khai Praseth, also a well-known actor. The two played together in several films and music videos. They were married in 1990. In 1992, their first child, Kai Seth Lesak, was born. Piseth Pilika starred in more than sixty movies and was in numerous advertisements. Apart from making movies, she was also very active in stage performance. During her lifetime, she performed in many countries such as India, Thailand, Vietnam, Singapore, Indonesia, China, Korea, Japan, Russia, France, Italy, Denmark, and the United States.