Peter Coonan (born 1984) is an Irish actor. He is best known for his role as Fran in RTÉ One series Love/Hate.
He was awarded Best Supporting Actor TV for his role as Fran at the 11th Irish Film & Television Awards.
In 2011 Coonan played Dave Fennel in the Irish crime film Between the Canals, written and directed by Mark O'Connor. 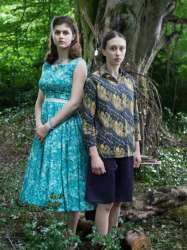 The story follows John Paul Moorehouse on his destructive quest to uncover the truth about the killer of his father twelve years ago. John Paul's desire for revenge is swayed as he falls for Winnie Power, the daughter of the man he suspects killed his father. John Paul must now battle between his consuming passion for justice and his desire to be with the woman he now loves.
Déjà vu ?
J'adore Oliver Nolan, a volatile homeless man, wanders the streets of Dublin City during the Christmas period. After an unusual encounter with an evangelist, Oliver believes he is sent on a mission from God to clean up society. When he saves a disaffected young boy named Tommy from some local bullies an unlikely friendship is formed. Oliver soon learns that Tommy’s mother is an addict and his uncle Rudyard is a local drug dealer, and takes it upon himself to get even with Rudyard and his gang of petty criminals for taking advantage of his only friend, Tommy.
Déjà vu ?
J'adore The film follows three small-time criminals as they pinball their way about Dublin on a boozy Saint Patrick's Day. Liam (Dan Hyland) is plotting an escape from minor villainy. Dave (Peter Coonan) hopes to move up the criminal pecking order, while Scratcher (Stephen Jones) seems happy to coast.