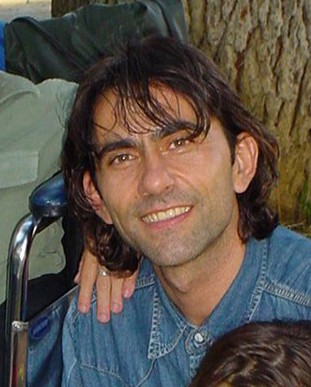 Peker Açıkalın grew up as one of three children in İstanbul. Despite his parents‘ pressure for him to join the family‘s manufacturing business, he pursued his dream to become an actor. Açıkalın made his first television appearance in ‘’Kim Bunlar?’’ on TRT 1. He gained widespread fame for his roles in the comedy series Çiçek Taksi and as Gaffur in Avrupa Yakası.

He married actress Nilüfer Açıkalın in 1987 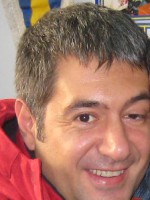 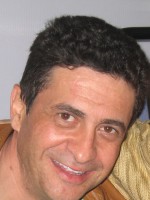 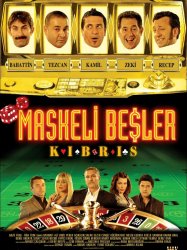 After an unsuccessful bank robbery, as well as the failure of a spontaneous ambush upon the oil plant in Iraq, the clumsiest comedy heroes of Turkish Cinema finally decide to retire from their small criminal lives. However, the dignified career as exterminator suffers many infamous perils, as the lovable idiots inhale more insecticide than the insects themselves. Thus the doctor prescribes a vacation at the seaside. But then there is Rocky Selim, a wicked crook from the underworld, disguised as an honorable businessman, who is planning a perfect casino robbery in North Cyprus. His plan is flawless. Yet, he is desperately in need of a criminal gang, to carry out his plan. As a fortunate coincidence, the paths of the masked gang overlap with Rocky Selim, who hires them instantly. As usual, with no preparations at all, overzealous and bustling, the masked gang follows the call of the justice a bit too spontaneously, and starts implementing the plans of Rocky Selim. Surely, with the methods of complete madmen.
Déjà vu ?
J'adore 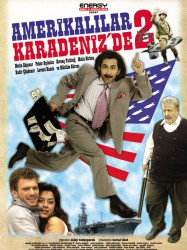 A rocket the United States has located on the Black Sea's seabed as a precaution against a potential threat from Tehran launches accidentally. Officers, quickly realizing the incident, alter the coordinates of the rocket and manage to land it—without exploding—on Turkey's Black Sea coast. All that's left is to retrieve the rocket from the village before anybody notices.
Déjà vu ?
J'adore 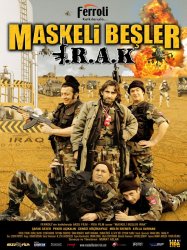 In this sequel, the clumsiest comedy heroes of Turkish Cinema are convinced firmly that the rights of Turkey upon the oil supplies of the north Iraq are being ignored. Without further ado, they decide to end this unfairness. The idiotic group succeeds in bringing an Iraqi oil plant under American guard into its control. Guided by their leader Bahattin (Peker Acikalin), the gang members Bubbly Tezcan (Safak Sezer), Private Kamil (Cengiz Kucukayvaz), Clumsy Zeki (Melih Ekener) and Redneck Recep (Atilla Sarihan), manage to take the American soldiers as their hostages, and redirect the pipelines to Turkey. The good mannered gang, however, has difficulties in understanding, why this “clearly legal action” not only captures the attention of the local authorities, but also brings about a strong international crisis between Turkey and the USA. And the fact that Tezcan falls in love with the American lieutenant Angel, makes the situation by far more complicated.
Déjà vu ?
J'adore 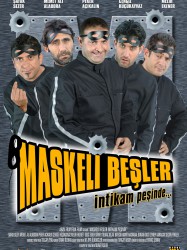 Five mischievous kids who grew up in an orphanage, but failed to be placed with any foster families because of their naughtiness, decide to form a gang as they are adults now. Their intentions are indisputable, but their skills aren’t. However, when the child of very close friend is stricken with cancer and must be treated abroad, it becomes inevitable to plan the biggest robbery of their lives in spite of all their clumsiness.