Early life
Kent was born on October 13, 1930 in Brooklyn, New York. He studied acting at the Pasadena Playhouse and briefly served in the United States Army during the Korean War. In 1958, he and his parents moved from New York to California, where he trained under Sanford Meisner and later assisted Meisner with his classes. The two became close friends and colleagues during Meisner's life, and when Meisner left Los Angeles to go back to New York, he left his teaching methods to be carried on in the West by Kent who consequently taught acting for many years through his theater.

Kent played a part in the formation of Lucille Ball's Desilu Workshop, where he became the first acting student signed by the workshop. According to Hedda Hopper, when Kent appeared at the workshop to help a female friend at an audition, he was discovered by Ball and promptly signed to an actor-stage manager contract. Kent's acting roles during this period included a small part in an episode of December Bride in 1957.


Acting instruction
In 1964, Kent founded the Melrose Theater in West Hollywood with the assistance of fellow actors including Tom Troupe, Carole Cook, Richard Bull and Don Eitner. Funds for the theater were partially raised by a guest appearance with Lucille Ball and Gary Morton on the popular game show Password. Kent later recalled in an interview with The Los Angeles Times:

I was scared to death. I wasn't working steadily, I didn't know where the next rent would come from, and I had no experience in building a theater...I bought seats from a defunct movie house on Washington Boulevard. I'll never forget. Two dollars a seat. Linden Chiles and the students and I literally unbolted the seats from the floor and brought them back here.

Throughout the 1960s, the Melrose employed actors who went on to become well-known performers, including Richard Dreyfuss. Many of the theater's plays were broadcast on local CBS television affiliates.

In 1976, Kent entered into a partnership with workshop organizer Jomarie Ward to purchase a former bakery and photographer's studio at 733 North Seward Street in Hollywood. With the assistance of Ward and members of the workshop, the building was renovated and converted to the new Melrose Theater in 1977. The new, larger theater became the permanent headquarters of the Melrose, with Kent installed as artistic director and Ward as managing director.

In 1984, Kent decided to create a production employing the largest possible number of Melrose actors, and convened several playwrights at the Mark Taper Forum to write a play in a bar setting to be produced by the theater. The resulting collaboration, The Bar Off Melrose, was credited to fifteen playwrights and employed nearly forty actors. The play premiered successfully in 1986, and is still performed today at various theaters, drama workshops and colleges.


Acting career
While serving as artistic director of the Melrose Theater, Kent also acted in many of its plays, and continued acting in film and television. He often worked with directors Robert Michael Lewis and Gene Reynolds, Star Trek producer Harve Bennett, and actor William Shatner.

One of Kent's acting appearances in the 1970s was a small part in the television miniseries Helter Skelter. The part was notable because Kent later played a different character in the 2004 adaptation directed by John Gray. Gray later bought Kent back to play a spirit in an episode of his TV series, Ghost Whisperer ("Mended Hearts"). In addition, Kent often played different characters in multiple episodes of a series, including his appearances in Lou Grant, T. J. Hooker and Falcon Crest.

In 1987 Kent played Harry M. Daugherty in a made-for-TV biographical film of J. Edgar Hoover, produced by Showtime. In 1999 Kent became the third actor to play the character of "Doctor Noel Clinton" in Port Charles, a spinoff of General Hospital, succeeding actors Dean Harens and Ron Husmann. Kent later had a lead starring role as the character of "Miles Mason" in Viagra Falls, a television pilot. One of his final acting roles was his portrayal of Mack Sennett in Return to Babylon, an independent film released in 2013.

In 1975, Kent reflected on his craft to Los Angeles Times reporter Lawrence Christon:

Acting is my sanity, the thing I run to when things go wrong in my life. My special joy is rehearsing, making discoveries about the ins and outs of character. I love it so much that the actual performance, to me, is like the cigarette after the affair.

In 2002 the Melrose Theater was acquired by the National Comedy Theatre chain. It is currently the home of ComedySportz LA.


Personal life
Kent was the father of several children. At the time of his death he had been married to actress and author Madelyn Cain.


Death
Kent died on October 7, 2011 from multiple myeloma. He was buried in Forest Lawn Memorial Park in Hollywood Hills. 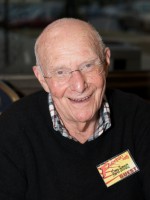 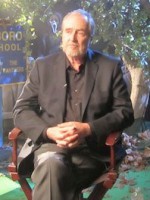 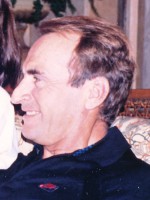 Photographed with a hand-cranked camera and scored with music of the roaring twenties, this silent film strings together the lives of the most famous and infamous stars of the 1920s, including Rudolph Valentino, Gloria Swanson, Clara Bow, Lupe Vélez, Fatty Arbuckle, and William Desmond Taylor.
Déjà vu ?
J'adore The Road Home (A.K.A. "Pitcher and the Pin-Up") is the story of childhood friends Danny (Drew Johnson) and Missy (Corinna Harney). Danny has dreams of making it in Major League Baseball while Missy doesn't really dream of anything except happiness. Danny rescues her from her abusive father (John Saxon) in High School and the two become inseparable. Inseparable, that is, until life comes between them.
Déjà vu ?
J'adore Theresa is one of the twelve jurors who have to decide about a case of assassination. She believes very strongly in the innocence of the young man, but cannot convince the others. During the discussions she realizes that one member of the jury knows details that he could not know from the trial alone. Since no one believes her suspicions, she investigates on her own.
Déjà vu ?
J'adore Following a Miss Universe style contest in Miami, Florida, the five semi-finalists are flown to Nassau, Bahamas in a flying boat along with the American contestant's stage mother, the group's escort Kate Malloy, the Miss Beautiful Master of Ceremonies Marv Barker, and a deadheading pilot, Paul Fabiani.
Déjà vu ?
J'adore Sam Farragut (Griffith) is a sociopathic business executive in Southern California who forces a team of advertising agency employees (Shatner, Reed, Gortner) to embark on a dangerous dirtbike trip to the Baja California desert in order to compete for his business.
Déjà vu ?
J'adore 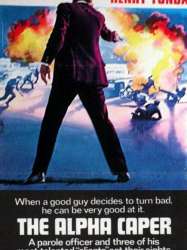 Television coverage of Brice Randolph, the first astronaut on the surface, is interrupted, indicating the signal has been lost. Shortly afterward, Eddie Reese is recruited, and shown what happened after the TV signal was interrupted: Brice reported something penetrating his EVA suit, and soon expiring. The other astronaut lifted off alone. NASA (who fear their project will be cancelled) needs to keep it secret until they have answers about what exactly happened.
Résultats 1 à 15 sur 16
12Page suivante >