Olga Ivanovna Preobrazhenskaya was born on 24 July 1881 in Moscow. In 1901–1904 she studied in the actor school of Moscow Art Theater. From 1905 she worked in theaters in Poltava, Tbilisi, Riga, Odessa, Voronezh and Moscow.

In 1913 she debuted as film actress in The Keys to Happiness, directed by Vladimir Gardin and Yakov Protazanov and went on to star in several very popular adaptations of Russian classics, such as War and Peace and On the Eve (both 1915). Preobrazhenskaya was one of the founders of the actor school of the VGIK, where she taught from 1918–25. 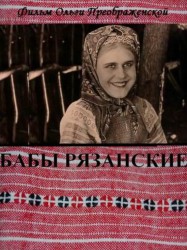