Bean was born in Boston, Massachusetts. As a child, Bean attended Pine Point School and The Williams School in Connecticut. An only child, he describes himself as being so quiet and shy that his school would phone his parents asking whether anything was wrong at home: "I was deathly shy and basically scared of people in general." In high school his mother encouraged him to become involved in drama, which he says helped him open up, "I found when I had a script in my hand I could speak." He later attended Boston University's College of Fine Arts before he was offered his first theatre role by director Michael Ritchie.

The son of Richard Bean and Ruth Crocker, Bean hails from Mystic, Connecticut, although he has lived and worked in Los Angeles and is currently living in New York. He is friends with actor Seth Gabel and director Jack Bender and also says he has come to be good friends with Damages co-actor and on-screen fiancée Rose Byrne. He has been in a relationship with Nikita co-star Lyndsy Fonseca since 2013. 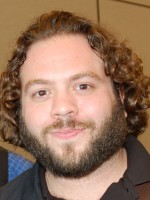 The story centers on a humiliated detective Ben Chaney (Josh Lucas) who gets a sudden shot at salvation when the ghost of a murdered cellist Corey Little (Lake Bell) solicits his help in finding her killer as he was on a stakeout of a serial killer suspect, Drag Hammerman. As Chaney unravels the truth behind Little's night of murder, a little turn of events revealed the killer to all of the murders, including Little's, to be the very same man all along.
Déjà vu ?
J'adore Peter and Vandy is a love story told out of order. Set in Manhattan, the story shifts back and forth in time, juxtaposing Peter and Vandy's romantic beginnings with the twisted, manipulative, regular couple they become.
Déjà vu ?
J'adore A theater troupe from New York City visit a secluded area known as Moon Lake. Unknown to them, the cabin in which they stay is located on a Native American burial ground among other sites. In addition, it is the location of a lunar meteorite that has bathed the area in radiation that causes people to go violently insane.
Déjà vu ?
J'adore