Nom de naissance Nishan K. P. Nanaiah
Nationalité Inde
Naissance 7 décembre 1985 (37 ans)
Nishan KP Nanaiah, known mononymously as Nishan, is an Indian actor from Karnataka who works mainly in Malayalam cinema. He debuted in 2009 through the Hindi film Cycle Kick but the film did not release. He got a career break in Shyamaprasad's Malayalam film Ritu in the same year. He became a notable actor through Sibi Malayil's Apoorvaragam which was released in 2010.

Nishan was born to K.S.Prasad, a customs officer, and Late Mrs K. Padma prasad, in Coorg, Karnataka. He was brought up in Kolkata, West Bengal. He was a university tennis player. He got a diploma in acting from the Pune Film Institute (FTII). After graduating, he moved to Mumbai to try his luck in Bollywood. He worked with Subhash Ghai in a film entitled Cycle Kick, which was delayed for some time and later released in 2011. As an actor, he believes to expand his horizons and so moved to South India, where he got a chance in the Telugu film Manorama (2009). His character in the film was noted, however he returned to Mumbai and resumed his auditions for roles in Bollywood. He got a call from Shyamaprasad during those days, for playing the lead role in Ritu (2009). About the selection, the actor said, "Shyamaprasad sir had seen my stills from a model coordinator in Chennai. But I was not sure if I could do the film because Malayalam is a tough language. Shyam sir, however, told me that he was confident that I could do the role". After Ritu, he got another notable role in Sibi Malayil's Apoorvaragam.. Apoorvaragam was a sleeper hit. It ran for 100+ days,. This movie made Nishan a household name as it was a commercial hit. Rithu was a critical hit, which won him the best debut award. In February, Ee Adutha Kaalathu released in which he played the role of Rustam. This film received positive response from both critics and audiences, and is considered a path-breaker for its bold and realistic narration and the innovative style of weaving story threads together. Nishan's role of Rustam was more appreciated as it had a grey shade. He also starred in Bejoy Nambiar s "David" alongside Vikram. His role of Peter was appreciated by the critics too.
His last release was "Geethanjali" (Malayalam) directed by Priyadarshan, also starring Mohanlal. The film went on to be a Semi Hit.
Nishan's forthcoming release is "Badlapur Boys" (Hindi) directed by newcomer Shailesh Verma. This is a film based on Indian traditional rural sport, Kabaddi. 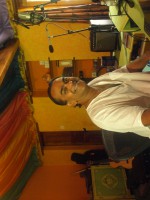 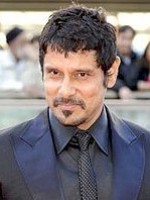 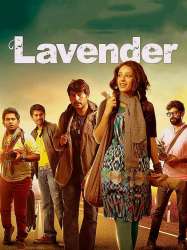 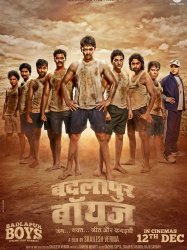 The story centres on Vijay, a child whose village is deprived of water for irrigation for decades. Vijay's father threatens the bureaucracy with self-immolation if the village's basic need for water is not fulfilled. To set an example to the society, the father sets himself ablaze before the villagers and the media but as fate would have it, his sacrifice is forgotten and instead his family is affected. Vijay grows up with the dream that one day, he will come face to face with the bureaucracy with a simple request; that his village 'Badlapur' receives government's attention to solve their water crisis.
Déjà vu ?
J'adore 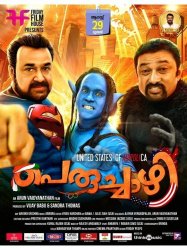 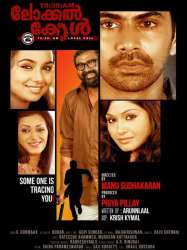 Alby (Nishan) works in a Nissan showroom. His wife, Ann (Mridula), works as a Radio Jockey. Alby's old sweetheart, Nimmy (Shritha) enters his life when she is deserted by her husband, Vishnu (Kailash), after he suspects her of an affair. Alby is forced to take her to a homestay, where they share a room together. The story takes a sudden turn when Nimmy is found dead. Alby tries to move on with his life until he is disturbed by a call from a stranger at 10:30 AM local time.He was extorted to do the commands from the phone call, he found himself disturbed doing those works.The story progresses with his journey to find out the truth behind all of his mishaps.
Déjà vu ?
J'adore 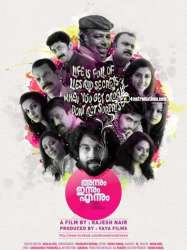 The film revolves around a young married couple and their relationship in various levels. It illustrates the dry humour on how pretentious human relations can be and how there is a quid pro quo in all relations no matter how genuine they may seem. It deals with the irony of life.
Déjà vu ?
J'adore 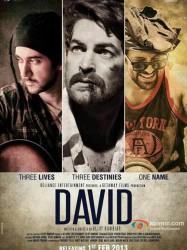 "Tune in for a change" is the tagline attached to Radio in the credits. The storyline is about a girl Priya who comes to the city for a job as a salesgirl in a jewellery shop,with a load of debt to pay off, played by Sarayu. She is new to the ways and customs of the city life. Her co-worker, Iniya character Shweta, gives her accommodation, since she has no place or relative home to stay in the city. Shweta goes out at every night, where Nishan’s character Manu, comes to pick her up. Whole picture of the storyline is clear, Shweta. a five star prostitute and associate Manu as pimp,for securing her business. It is a shock to Priya when she realizes the truth about Shweta and decides to leave her friendship and apartment.
Déjà vu ?
J'adore 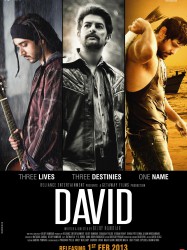 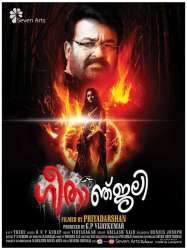 Anjali (Keerthi Suresh), has a recent shocking history of her twin sister Geetha (Keerthi Suresh) committing suicide. She is already betrothed to Anoop (Nishan) from a prominent family. But when her mother suddenly falls down from the staircase ending up in paralysis, Anjali and Anoop proceed to her Arackal house. Once they reach there, they are into more mysteries as the spirit of Geetha starts to haunt Anjali, which even physically disturbs her. Within days from a series of horrifying incidents arrives Dr. Sunny Joseph (Mohanlal) with his style of wit and wisdom, to treat Anjali and to help her out of the crisis that she is in. He finds the shocking truth that Anjali is actually Geetha. Geetha had a criminal nature by birth. She accidentally killed Anjali during an argument,to not loose Anoop from her. Geetha tries to kill Anoop when he rejected her upon knowing the truth. However , in the end, Anjali's spirit prevent Geetha from shooting Anoop. Geetha is killed by the fire in the house. The film shows Anjali's spirit over Geetha while she is dying.
Déjà vu ?
J'adore 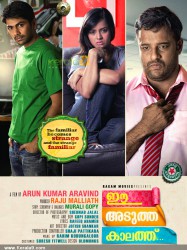 Vishnu is an unemployed man who makes toys from garbages for the living. He has a wife named ' Ramani ' two daughters and mother. Ajay Kurien is a rich businessman who tries to ignore his wife ' Madhuri ' Madhuri is a former Bollywood actress. With a mind blowing climax.
Déjà vu ?
J'adore 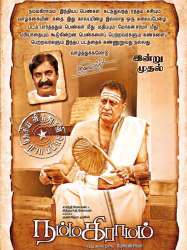 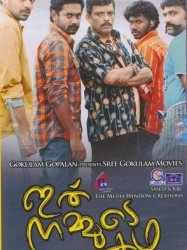 The film revolves around three characters – Vinod (Asif Ali), Santhosh (Nishan) and Kochumon (Abhishek). The trio eats, sleeps and parties together in Kuttanad. They also have their individual ambitions in life. Vinod is in love with his uncle's daughter Kalyani (Ananya). He is madly pursuing a government job because his uncle agrees to the marriage if and when he obtains one. Kochumon is desperate to go abroad and get rich, while Santhosh is committed to start a computer center.
Déjà vu ?
J'adore

as Note Out tells the story of a group of youngsters led by Nishan who lead a care-free life with neither much aspirations nor any definite goals. A smart young girl (Mithra Kurian) happened to come across their life which leads to so many unexpected incidents.
Déjà vu ?
J'adore 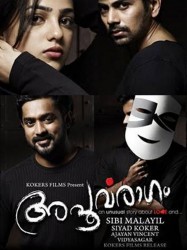 Apoorvaragam is the story of three youngsters Roopesh (Nishan ), Nancy (Nithya Menen) and Tommy (Asif Ali). Roopesh has always been in love with Nancy, but has never had the nerve to express it. For Nancy, love is something that is beyond words. Tommy is the perfect Cupid, who would make things happen for these two. Slowly Roopesh and Nancy fall in love. Behind their back Tommy calls Nancy's father and informs him that his daughter is dating someone from the college. Her daddy trusts her and so does not take this seriously at first. But later when he grows more suspicious, he decides to marry her off to someone he knows personally.
Résultats 1 à 15 sur 17
12Page suivante >