History
She is best remembered for her portrayal of Sailor Moon (in Japanese, Usagi Tsukino) in the Sailor Moon musicals. Kanbe was chosen out of 500 women for the role. Much of her career involved physically demanding roles.

As late as June 2008, she had been active and vocally expressing an interest in furthering her career.
She was cast in the role of Eponine in the Japanese production of Les Misérables and in Miss Saigon, but was forced to give them up due to poor health in February 2007.


Death
Since then, she had been in and out of the hospital until her death in Kawasaki City on June 18, 2008 at 4:08 am. The cause of death is cited as sudden heart failure. Her funeral was held in Kawasaki, Kanagawa Prefecture on 21 June 2008. 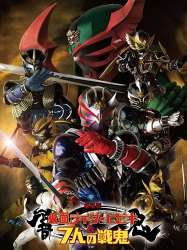 Hibiki and Asumu are on their way to a Makamou attack on the beach. Once they arrive there, they see dozens of people running from the massive Orochi, a beast rumored to be the strongest Makamou ever created. Once they arrive, Hibiki walks towards the Orochi and transforms, but all of his attacks prove useless against Orochi. The situation is made even more dire when Hibiki jumps in the way of an attack meant for Asumu. Taking the full force of the attack, Hibiki passes out as the Orochi swims away, leaving a panicking Asumu to get help. Hibiki ends up in the hospital and Asumu begins blaming himself for Hibiki's injuries. Feeling useless, he begins helping at Tachibana's, going through dozens of books to try to discover a way to defeat the Orochi. Upon coming across a book with his name on it, Asumu sits down and begins to read what turns out to be the history of Takeshi, the Oni and the Makamou war.
Déjà vu ?
J'adore 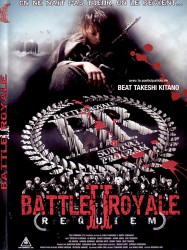