He was born in Cleveland, Ohio. His mother was a teacher and his German American father, Martin Perlich, a writer and radio programming director and announcer, worked for a time with the Cleveland Orchestra. The Perlich family moved to Los Angeles, California when Max was four. He is left-handed.

Perlich's career began with a small part in Ferris Bueller's Day Off, which came after he had dropped out of high school in the 10th grade. Thus began his appearances in a series of bit parts on television and in teen films such as Can't Buy Me Love (1987), Plain Clothes (1988), Lost Angels (1989) and Blow (2001). He was also in the films Rush (1991) and Beautiful Girls (1996). He has had recurring roles in television shows such as Homicide: Life on the Street (1997), Buffy the Vampire Slayer (1998), My Name Is Earl (2006), and Terminator: The Sarah Connor Chronicles (2008). He is also featured in the music videos "No Excuses" by Alice In Chains and "Naked Eye" by Luscious Jackson. 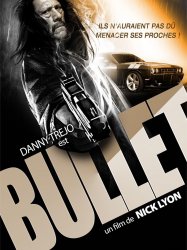 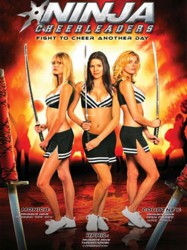 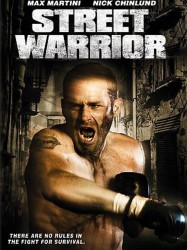 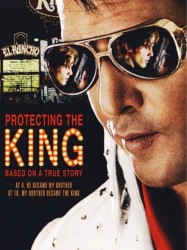 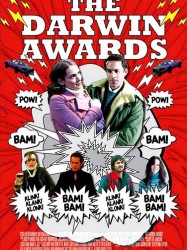 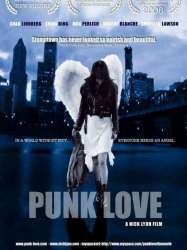 Raped by her step-father, Sarah with her boyfriend, Spike, run away to Portland by trying to convince her step-uncle to give them money by showing him pictures of him drug dealing. Their plan failed and her step-uncle tries to kill both of them but Sarah gets away to find his secret stash of money she found three years ago. They settle in a motel room where bass-player Spike finds a band audition ad in the newspaper. On the way walking to the audition, Spike and Sarah get into a fight, leaving Sarah waiting in the rain on the side of the road. A cab driver offers Sarah a free ride home, saying its dangerous especially for little girls to be alone at this time of night. Eventually, she gets into the front seat of the car. The cab driver seems nice at first and asked a few questions but Sarah, tired and annoyed, tells him to stop and just drop her off. The cab driver drives to a deserted area under the bridge, then beats and rapes her. Spike comes back to the motel room to find Sarah naked and highly beaten under the shower.
Déjà vu ?
J'adore 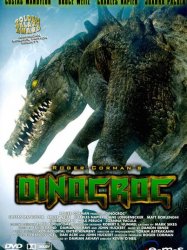 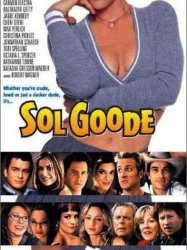 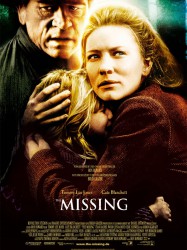 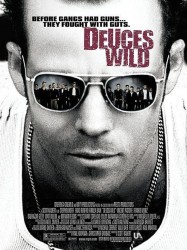 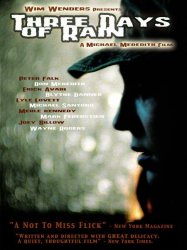 Three Days of Rain is a film from 2002 that takes six short stories of Anton Chekov and sets them in modern-day Cleveland, Ohio. The film opens as a storm rolls into Cleveland that will bring rain for three straight days. The film follows six separate people through their unique struggles and challenges. There is a young women who is forced to give up her daughter and is willing to do anything to be with her. Another character is a cab driver who struggles to cope with the loss of his son. There is Thunder (Michael Santoro), who is a tile maker who is fighting to keep his business from going under, and Denis (Joey Billow), a mentally handicapped Janitor who is faced with losing his job. Through the entire film there is soft jazz and the banter of a local Cleveland disk jockey, the jazz also doubles as the film's soundtrack.
Déjà vu ?
J'adore 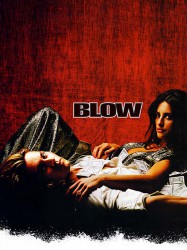 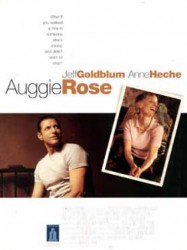 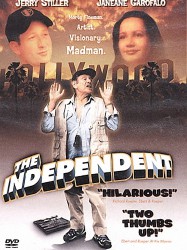 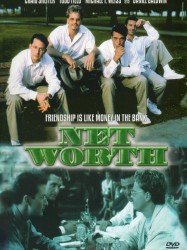 About 4 competitive friends agree to a bet: they will all go to a city where none of them know anybody, with only $100 in their pockets. As the winner will be the person who has the greatest net worth at the end of 30 days. Despite all having a different philosophy about work and wealth they all believe they will win the bet.
Résultats 1 à 15 sur 50
1234Page suivante >