Nationalité Etats-Unis
Naissance 28 octobre 1960 (60 ans) à Park Forest (Etats-Unis)
Mark Derwin (born October 28, 1960) is an American film and television actor. Derwin began his career on Days of Our Lives in 1987 with a minor role as Jeremiah Brown. in 1988, Derwin appeared in the role of Adrian Hunter on the The Young and the Restless (TV series), Derwin was featured in a high-profile storyline the elaborate George Rawlins murder mystery as the scheming psychotic serial killer. Derwin is also known for numerous other soap opera roles.

Derwin attended the State University of New York at Cobleskill, but was kicked out after one semester. He briefly worked at IBM and worked a series of odd jobs before moving to Los Angeles.

After recurring roles on the shows Hardball and Days of Our Lives, and a prolific career in commercials (including a notable spot as the "Fiesta" cigarette man in Mexico), Derwin was cast in his first contract role as Adrian Hunter on the daytime soap opera The Young and the Restless. Derwin was on the show from 1989 to 1990, and was featured in a high-profile storyline as a grifter and, ultimately, a murderer.

His next role was on the long-running soap opera Guiding Light as detective A.C. Mallet. Derwin played the character from 1990 to 1993. During his time there, the role of Mallet became a leading character. Derwin became romantically involved with costar Beth Ehlers during his stint at GL; the couple decided to leave the show together in 1993. (Derwin and Ehlers subsequently broke up.)

Derwin returned to daytime television in the role of Dr. Ben Davidson on the ABC soap opera One Life to Live (1999–2002, 2004, 2008). He was again paired in a high profile leading role, this time as the love interest of the show's star, Erika Slezak. His character was eventually discovered to be the son of show patriarch Asa Buchanan.

Derwin co-starred alongside Bonnie Hunt in the non-traditional primetime sitcom,
Life with Bonnie, which was partly improvised. He recently was seen in the teen comedy Accepted (2006), playing the father of protagonist Bartleby Gaines (played by Justin Long).

In 2006 he was seen on How I Met Your Mother, playing Greg. Derwin also played George Juergens on the ABC Family TV show The Secret Life of the American Teenager from 2008 to 2013. In 2008, he appeared on the show Chuck on the episode "Chuck Versus the Marlin" where he played Detective Conway. In 2009 he had a recurring role on season 7 of 24 as Secretary of State Joe Stevens, a member of President Allison Taylor's (played by Cherry Jones) Cabinet. In 2011, he appeared on Hot in Cleveland in the episode "How I Met My Mother", playing a paroled convict. 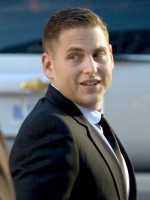 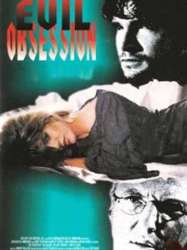 Homer Douglas (Corey Feldman)) is obsessed with famous model Margo Johnson (Kimberly Stevens) to the point of having decorated his room with her pictures and sent her strange letters. He breaks into her home and watches her undress while hiding under her bed.