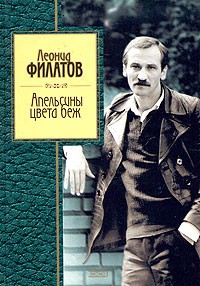 Filatov was born on 24 December 1946, in Kazan. His father was Aleksey Yeremeyevich Filatov (1910 - 1980s), his mother - Klavdia Nikolaevna Filatova (b. 1924). The family frequently moved around, because father was a radio operator and spent much time in field expeditions. When the boy was seven years old his parents divorced, and Leonid moved along with his mother to Ashkhabad to join his mother's relatives. While a schoolboy, he had his first publications made in the Ashkhabad press.

In 1965, after finishing school he arrived in Moscow, and tried to become a film director, but failed the entrance exam at the State Institute of Cinematography - VGIK . However, LeonidFilatov was persistent, so on one of his classmate's advice he took entrance exams to the actor's department of the ShchukinsвҖҷs Theatrical school. In 1965 he was admitted to the course of B.K. Lvova and L.N. Shikhmatov, and graduated from Schchukin Theatrical school as an actor in 1969.

In 1969 Filatov became an actor with the troupe of Moscow Taganka Theatre. His first main role was a lead in the play "What is to be done?" His career developed with the roles he played in "Master and Margarita", "Cherry Orchard", "House on the Embankment", "Fasten Belts", "Pugachev", "Antiworlds", "Comrade, believe", a role of Horatio in "Hamlet", Kul'chitskiy in "Fallen and Living", Federtsioni in the "Live of Galileo", "Players -21" - work with (Sergey YurskyвҖҷs creative association of artists.

From 1985 through 1987, while "Taganka" was under Anatoly Efros, Leonid Filatov at that time worked at the Sovremennik Theatre, then he returned to "Taganka". In 1993 Filatov joined Nikolai Gubenko, Natalya Sayko, Nina Shatskaya and other actors in founding a creative association named "Cooperation of the actors of Taganka" (Russian: "РЎРҫРҙСҖСғР¶РөСҒСӮРІo Р°РәСӮРөСҖРҫРІ РўР°РіР°РҪРәРё").

Author of several plays, such as "Artist from the Sherwood Forest" and "Sukiny deti" among his other works.

From 1970 Filatov worked in cinema. His most important roles were in such films as City of the first love, Ekipazh (aka.. "Crew"), Golos (aka.. "The Voice"), Women joke in earnest, Rooks, Success, Chicherin, Forgotten melody for the flute, City Zero, Charitable ball.

In 1990 he directed the film Sukiny deti (known in Russian as РЎСғРәРёРҪСӢ РҙРөСӮРё, the unofficial English title being Sons of Bitches), based on his own scenario, and also played a supporting role. It was entered into the 17th Moscow International Film Festival.

Since 1970 Filatov was writing songs in the co-authorship with Vladimir Kachan.

Leonid Filatov was married to the actress of the "cooperation of the actors of Taganka" Nina Shatskaya. The couple had a son and granddaughters. 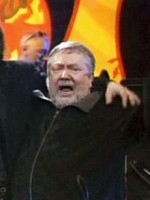 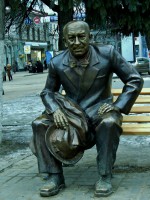 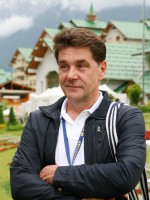 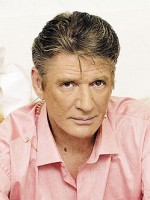 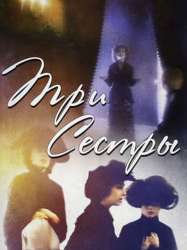 In a small Russian town at the turn of the century, three sisters (Olga, Irina, and Masha) and their brother Andrei live but dream daily of their return to their former home in Moscow, where life is charming and stimulating meaningful. But for now they exist in a malaise of dissatisfaction. Soldiers from the local military post provide them some companionship and society, but nothing can suffice to replace Moscow in their hopes. Andrei marries a provincial girl, Natasha, and begins to settle into a life of much less meaning than he had hoped. Natasha begins to run the family her way. Masha, though married, yearns for the sophisticated life and begins a dalliance with Vershinin, an army officer with a sick and suicidal wife. Even Irina, the freshest, most optimistic of the sisters, begins to waver in her dreams until, finally, tragedy strikes.
DГ©jГ  vu ?
J'adore 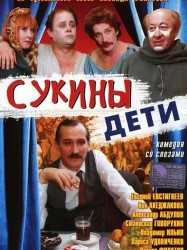 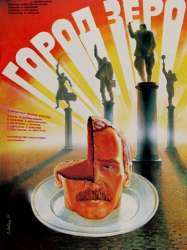 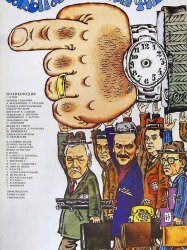 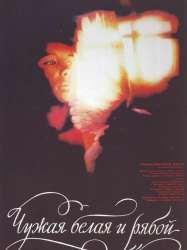 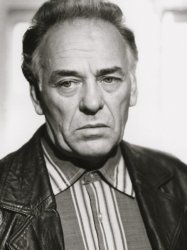 Actress Yulia Martynova (played by Natalia Sayko) is starring in a new film, but in the middle of the film production she is suddenly hospitalized with a serious illness. Film director (played by Leonid Filatov) is emotionally involved, he becomes frustrated, but the actress comes back from her hospital bed to the studio to continue her work in post-production. Yulia cannot imagine her character speaking with a voice of another actress, so she is dealing with her condition, taking drugs to overcome her pain, in order to contribute her original voice to the film. Cast and crew members are helping the star to overcome, and her original voice brings new depth and meaning to the film, after her death.
DГ©jГ  vu ?
J'adore 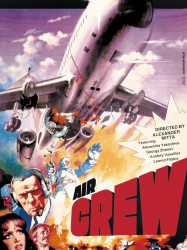 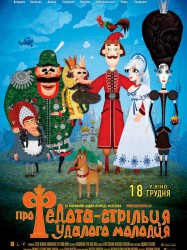