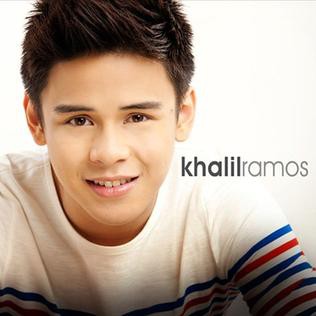 Nom de naissance Khalil Joseph Nepomuceno Ramos
Nationalité Philippines
Naissance 22 janvier 1996 (24 ans)
Khalil Joseph Nepomuceno Ramos (born January 22, 1996), known professionally as Khalil Ramos, is a Filipino actor and singer. In July 2011, he won second place on Pilipinas Got Talent, a reality talent show in ABS-CBN. He is a recording artist and one of the talents of ABS-CBN's Star Magic. In 2012, he was cast in his first teleserye project, Princess and I, top-billing with Kathryn Bernardo, Daniel Padilla and Enrique Gil.

Khalil Ramos was born January 22, 1996 in Parañaque City, Philippines to parents Lito Ramos and Tessa Nepomuceno, who are entrepreneurs. As of 2011, he was in his third year at Colegio San Agustin-Makati.

Khalil was inspired by his father, who started to train him to be a singer at the age of 5. His talent were influenced by Michael Jackson, David Cook, Journey, and John Lennon. However, his musical taste matured from the influences
by Queen, Aerosmith, and The Beatles while growing up. In 2011 he trained with Jay Glorioso of the UP Diliman College of Music and Juilliard School of Performing Arts. 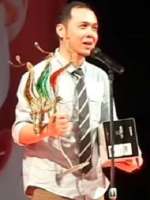 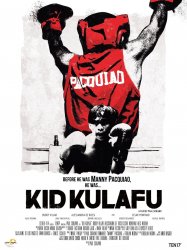 Kid Kulafu as early life boxing of Emmanuel "Manny" Pacquiao or Kid Kulafu. Before he became one of the world's greatest boxers Manny Pacquiao was a young boy living a hand-to-mouth existence, trying to survive from one day to the next. When he discovers his natural talent for boxing, he embarks on a brutal and intense journey that takes him from the mountains of the Philippines to the streets of Manila, and must risk everything to become a champion - for himself, his family, and his country.
Déjà vu ?
J'adore 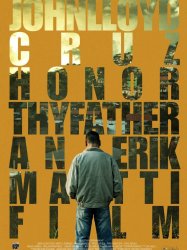 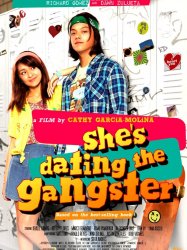 In 2014, Kenji Delos Reyes delivers a speech during the wedding of Kirby and Grace. However, Kenneth, Kenji’s son, makes out with a girl in a bathroom stall. The stall opens as the girl’s grandfather enters and chaos then ensues as he chases Kenneth to the reception hall. This causes a scene and a confrontation between Kenji and Kenneth. Kenji then asks Kenneth to be mature and asks him what the problem is, to which the latter says that he doesn’t want to be with him but has no choice. Kenji asks his son what caused him to feel this way, and he answers that he knows about the other Athena. Disappointed, Kenji says that Kenneth has no idea how much he loves him and his mother. The morning after a drinking spree, a hungover Kenneth finds out the plane that would take his father to Bicol has crashed. He rushes to the airport to see the list of survivors. There, he meets Kelay who also wants to see the list. Since the place is crowded, Kelay could not pass through. She then causes a scene so that they would let her see it. She fakes crying and begins shouting that she does not want her father dead. Members of the media approach her and ask what her father’s name is, to which she answers Kenji delos Reyes. Hearing this, Kenneth confronts her and says that he is the only offspring of Kenji. Kenneth then tells the media that he’s the legal son and he can show his birth certificate to prove this. Kelay, on the other hand, has Kenji’s picture. Confirming that the girl on the picture is not his mother, Kenneth is asked by the airline officer for his contact details while Kelay is shunned. Kenneth confronts her to ask who the girl on the picture is, and Kelay bargains that she would tell Kenneth once he agrees to tell her at once when the airline contacts him for information regarding Kenji. However, all the flights to Legazpi are booked. He has no choice but to take the bus but since it's Holy Week, all tickets have been sold. Kenneth sleeps at the bus station, hoping to get a ticket as a chance passenger, yet he oversleeps. Fortunately, Kelay went to the same bus station and bought tickets for the two of them.
Déjà vu ?
J'adore 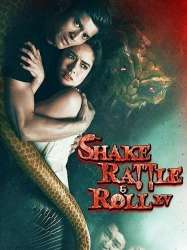 Troy's wife (Solenn Heusaff) was locked at the clothing room and died after Sarah (Erich Gonzales) killed her. Troy (Jc de Vera) suddenly wakes up after his bad dream on the night he dreamt about the death of his wife.