He appeared as Cho-Je in Planet of the Spiders as well as playing Linx, the first Sontaran to be seen in the series in The Time Warrior. Later he played two more members of this species in The Sontaran Experiment.

He died from a heart condition, nine days after his 51st birthday. 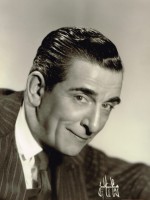 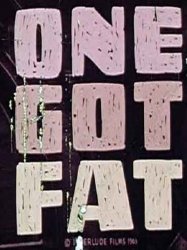 In the film, ten friends, who are children with monkey faces and tails, plan on going to the park for a picnic. They all ride there on their bikes, but each one meets a different fate on their way to the park as a result of their failure to follow specific bike safety rules (like not making hand signals, not reading traffic signs, not riding with traffic, riding double, or riding on the sidewalk). One by one, each of the friends makes a mistake and suffers a horrible fate. In the end, only one of the friends (who not only followed all the bike safety rules, but is also a normal human, whose face is not shown until the very end) makes it to the park and eats all the food by himself. At the start of the PSA, Slim gave the human his picnic because it was large and the human had a rear basket. Seeing this, the others persuaded him to take their food, meaning he has it at the end. Thus, as the title says, "One got fat!" Three of the Monkeys are seen in hospital beds.