Kazuo Kumakura was born in the Azabu district of Minato, Tokyo on January 30, 1927. In 1956, he joined the Theatre Echo theatre group. From 1957, he became the Japanese voice of Alfred Hitchcock in Nippon TV's TV broadcasts of Alfred Hitchcock Presents, and from 1989, he played the voice of Hercule Poirot in Agatha Christie's Poirot. 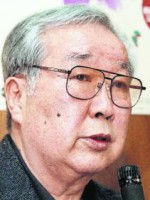 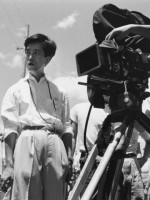 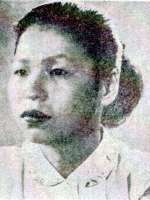 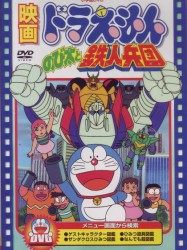 The movie's plot involves Nobita, who throws a temper tantrum because he wants a really large RC toy robot in order to upstage the rich kid, Suneo Honekawa, who has been showing off the new robot that his cousin made. His fit makes Doraemon angry and he uses his Anywhere Door to get away from the summer heat, to the North Pole. Sometime later, Nobita follows and discovers a strange bowling ball-like orb which starts blinking with a pulsating light, and summons what looks like a giant robot´s foot. After Nobita uses the foot to sled down, crashing into his room through the Anywhere Door, the bowling ball follows him home through the door and another robot piece falls into his backyard. A frozen Doraemon follows soon after, covered in ice before being thawed out and with a cold. Learning of the robot parts, Doraemon admits to Nobita that he has nothing to do with it, and the two use the Opposite World Entrance Oil and the Roll-Up Fishing Hole to enter the World Inside the Mirror, an alternate mirror world without people. There, they build the robot which Nobita christens "Zanda Claus" as he believed the sphere summoning the parts is from Santa Claus.
Déjà vu ?
J'adore 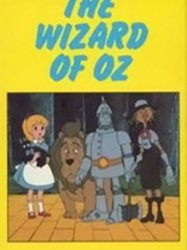 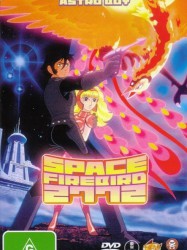 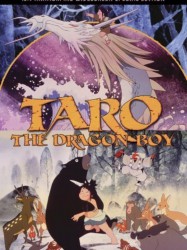 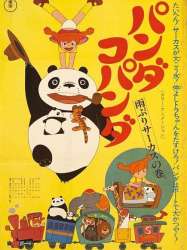 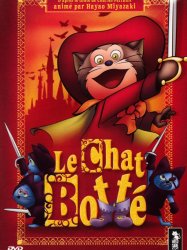 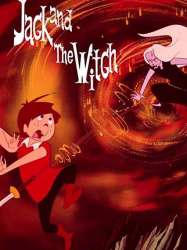 The film opens with a retelling of Beowulf, narrated over pans of paintings imitative of stained glass, then cuts to Jack, a boy who lives with his animal friends Barnaby Bear, Dinah Dog, Squeeker Mouse and Phineas Fox and drives a car resembling a Ford Model T, even inside the house. One day while out driving Jack sees a girl named Allegra in a flying machine and challenges her to race. After he loses Allegra offers him a ride and he accepts, along with Squeeker Mouse who sneaks aboard. Allegra is actually a witch, and takes Jack to the castle of the evil queen Auriana, who changes children into harpies to be her slaves. Squeeker is sucked into a machine that changes him into a harpy but Jack escapes. When Allegra and another harpy named Harvey Harpy pursue Jack he leads them away from the castle. Harvey Harpy ends up lassoing Jack's animal friends and they get tangled together in the rope. Barnaby Bear starts laughing at the predicament, and soon all are laughing. They take Harvey Harpy back to the house, where they sing and dance together. Spying on them through a window Allegra seems to soften a little as she watches the fun. However, when Jack returns to the house she tries to capture him with a magic rope that has a claw on the end, but the animals drive her away by pelting her with dishes. In some fan copies of the English version about 8 minutes is cut out here, including scenes where Allegra returns to the castle and a battle between Allegra and Jack where she pulls his house off the ground and drops it into a lake. Allegra is injured when she crash lands her flying machine, and Jack takes her back to his house to let her recover. When she comes to she sees Jack, and smiles for a moment, but then flees back to the castle, knocking Jack over as she goes. Jack and friends go back to the castle to rescue Squeeker Mouse, and they encounter Allegra again. She promises to help them since they were so kind to her when she was injured, but instead she leads them into a trap that drops them into a land where the plants try to eat everybody. At the end giant mushrooms drop Jack and friends into a pit with the machine that changes children into harpies. The wind starts to suck Jack into the machine, while the Harpies chant 'Into the Machine!'. Barnaby Bear remembers that a giant windmill powers the machine, so he runs off and stops it. With the windmill immobilized other harpies jump into the pit to take Jack prisoner, but Barnaby Bear finally lets go of the windmill and the harpies are sucked into the machine, which overloads and explodes, with Jack and friends escaping. Queen Auriana punishes Allegra for her failure to capture Jack by exiling her to the ice caves beneath the castle. Harvey Harpy is sad to see Allegra punished, even opposing the queen for her harshness, so when he runs into Jack he explains what happened to Allegra, and leads him to the ice caves to rescue her. Meanwhile, Barnaby Bear, Phineas Fox and Dinah Dog are captured by the queen, who imprisons them in magic bottles and leaves them to watch what happens to Jack in a crystal ball. When Jack rescues Allegra from the ice caves, the queen transports them back to the pit, where she battles them with a golden chain she uses as a whip. When Squeeker Mouse tries to cover up the crystal ball with his cape so no one can see what is happening to Jack he knocks the crystal ball to the ground and it cracks. This breaks the spell imprisoning the animals, and they realize that the crystal is the source of the queen's power. Barnaby Bear throws the crystal ball out the window, and when it shatters the queen loses her powers and is transformed into a large goblin-like creature. Jack and friends pursue the queen, who has a large air-ship ready for her escape. She sets a time bomb to explode after she leaves, but Harvey Harpy ties the bomb to her air-ship as it takes off. As the queen tries to remove the bomb she crashes into the castle and explodes. This destroys the castle and breaks the spell cast by the evil queen, and one by one all the harpies turn back into children, including Allegra and Harvey, who celebrate with Jack.
Déjà vu ?
J'adore 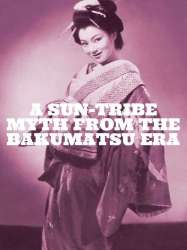 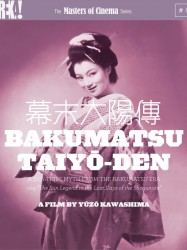