Naissance 12 juin 1970 (50 ans) à Préfecture de Tochigi (Japon)
Kazuhiro Soda (想田 和弘, Sōda, born 1970 in Tochigi Prefecture) is a Japanese documentary filmmaker based in New York, USA. He has lived in New York since 1993. He is known for his observational style and method of documentary film-making.

In 2005, Kazuhiro Soda shot Campaign (Senkyo) (2007, 120 minutes), depicting a political campaign in Kawasaki, Japan, by Kazuhiko Yamauchi, an inexperienced candidate officially endorsed by the Japanese Liberal Democratic Party. When completed, it was invited to the forum section of Berlin International Film Festival in 2007. PBS broadcast a 52-minute version, which won the Peabody Award in 2008. The TV version was broadcast under a different title, Campaign! The Kawasaki Candidate as part of the Why Democracy? series, a global media event co-produced by 33 broadcasters around the world, including the BBC, CBC, and NHK. The 120-minute theatrical version won the Best Documentary Award at the Belgrade International Documentary Film Festival in 2008.

In September 2010, Soda premiered a documentary, Peace (2010, 75 minutes), as the opening film of the DMZ Korean International Documentary Festival. Peace depicts the lives of people with disabilities and cats in Okayama, Japan, and was initially commissioned by the DMZ Festival as a short documentary. Peace later won the Audience Award at Tokyo Filmex, Buyens-Chagoll Award at Visions du Reel, and Best Documentary Award at the Hong Kong International Film Festival.

In 2009, Soda started shooting Theater 1" and "Theatre 2", a documentary series about a playwright/theater director Oriza Hirata and his company, Seinendan. The series was world-premiered at the Busan International Film Festival in 2012, and won the Young Jury's Prize at the Festival des 3 Continents in Nantes, France in 2012.

He has published several books in Japanese including Mental Illness and Mosaic from Chuohoki Publishing, "The Reason Why I Make Documentaries" from Kodansha Publishing, and "Theatre vs. Film - Can a Documentary Capture Fiction?" from Iwanami Publishing.

Soda attended Tokyo University from 1989 to 1993, majoring in religious studies. He also earned a BFA from the School of Visual Arts in film-making. 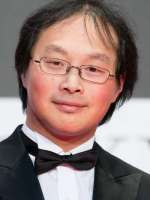 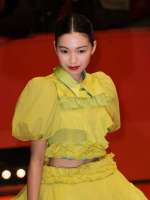 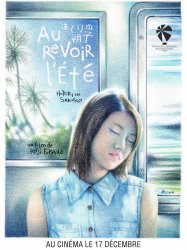