Nom de naissance Lu Sijing (陆思敬)
Nationalité Chine
Naissance 16 mai 1978 (43 ans) à Shanghai (Chine)
Jing Lusi (born 16 May 1978), born Lu Sijing (Chinese: 陆思敬), is a Chinese-born British actress. She is best known for her roles in the BBC television series Holby City and in the European premiere of Amy Herzog's award winning play 4000 Miles. She has also presented for the BBC, as well as being the focus, for the documentary My Chinese New Year.

Lusi lives in London. She has raised money for Cancer Research UK. 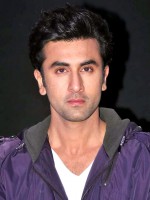 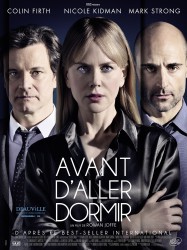 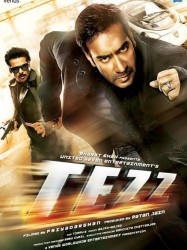 Aakash Rana (Ajay Devgn), is an illegal immigrant married to British citizen Nikita (Kangna Ranaut) living as a successful engineer but is eventually caught and deported from the UK thus crushing his dreams of an ideal life. Four years later, Aakash returns with vengeance on his mind and teams up with his former employees Aadil Khan(Zayed Khan) and Megha (Sameera Reddy) to wreak some havoc. What follows is a bomb threat on a train and a tensed Railway Control officer Sanjay Raina (Boman Irani) and Anti-Terrorism officer Arjun Khanna (Anil Kapoor) trying every trick in the book to avert the disaster and to apprehend the culprits. Sanjay Raina trying his best to save his daughter Piya (Avika Gor) and the passengers in the train who are thrown in the mix are police officer Shivan Nair (Mohanlal) and his team of cops, who are escorting a prisoner on the same ill-fated train. Aakash demands 10 million euros and then he will tell how to disarm the bomb. The ministry does not want to give the money, but Khanna convinces them that the money will be given back and is a way to lure the terrorists. After following Aakash's instructions and dropping the money in a river, he walks away. Meghna gets the money and tries to get away. She evades the cops after a vicious chase but unfortunately she is killed by a van in an intersection. Khanna finds out that Khan is one of the bombers and chases him. Khan is shot in the leg, but he gets away after jumping from the bridge and landing on a jet ski driven by Aakash. Aakash once again demands money and tells it to be left in a dustbin. The dustbin falls inward and Aakash runs away with the money even though the police attempt to pursue him. Khanna and his team find out where Aadil is and go there to arrest him. However, Aadil commits suicide with a bomb almost killing Khanna. Aakash calls Raina and tells him that a note has been left at a restaurant called Delhi Darbar that tells how to defuse the bomb. However, the restaurant catches on fire and the letter is burnt. Aakash visits Nikita and his son and they arrange to leave UK that night via flight. Khanna visits Nikita and tells who her husband is. After changing the plan, that they should leave UK via train because the police has found out about his plan of leaving via plane, he goes to the train station. There he sees a video of Raina asking the bomber to call again as the letter was burnt. Aakash calls Raina and tells him that the bomb was not connected to the wheels and the train will not explode if stopped. Raina stops the train and everyone disembarks safely. Nikita who is helping Khanna now, goes to the train station and sees Aakash and the news that the bomb threat was a hoax. She lets Aakash go, but Khanna finds out as Aakash's son calls him Daddy. Khanna chases him and they fight. After Aakash pleas to Khanna to let him go and explains why he took such drastic actions. Realizing that Aakash was a victim of deportation and wants to just be with his family again at peace, Khanna stays silent (hinting he will let him leave scotfree). However, the police arrive and after seeing that Aakash had a gun, they shoot him.
Déjà vu ?
J'adore 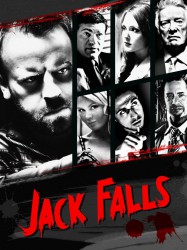 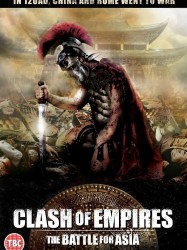 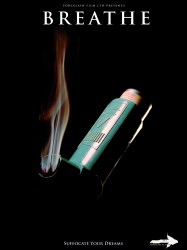 Bailey (Harnett) is buckling under the weight of financial pressure, family responsibilities and his own ambitions and desires. After endless parties, too many dead end jobs and family arguments Bailey becomes self-destructive—resorting to violence and severing all ties of friendship and love.