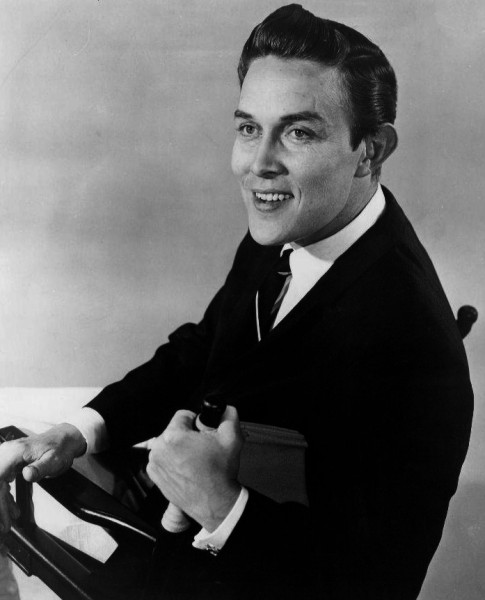 Early life
Dean was born in Plainview in Hale County in West Texas in 1928, the son of George Otto Dean, and his second wife, the former Ruth Taylor. He attributed his interest in music to the Seth Ward Baptist Church. He dropped out of high school and became a professional entertainer after serving in the United States Air Force in the late 1940s. Dean was 22 and just starting in show business when he married his first wife Mary Sue (Sue) in 1950.


Entertainment career
Dean had his first hit, "Bummin' Around", in 1953 on the 4 Star label, He signed with Columbia Records in 1957.
He had minor pop hits, such as "Little Sandy Sleighfoot" (a Christmas novelty song) and "Sing Along", later used as the theme for TV's "Sing Along With Mitch".

In 1954, Dean hosted the popular Washington, D.C. radio program Town and Country Time on WARL-AM, and with his Texas Wildcats became popular in the Mid-Atlantic region. Patsy Cline and Roy Clark got their starts on the show. Although Cline and Dean became good friends, Clark (Dean's lead guitarist) was eventually fired by the singer for what was explained as his chronic tardiness. Dean replaced Clark with Billy Grammer. In 1955, Town and Country Time moved to WMAL-TV on weekday afternoons. Dean and the Texas Wildcats also appeared during 1957 on Town and Country Jamboree on WMAL-TV on Saturdays from 10:30 pm–1:30 am ET, which was also carried by TV stations in Maryland and Virginia on a regional network.

Also during 1957 while he lived in Arlington, Virginia, Dean hosted Country Style on WTOP-TV, the local Washington, D.C. affiliate for CBS on weekday mornings. CBS picked up the show nationally from Washington for eight months in 1957 under the name, The Morning Show. Then from September 14, 1958, to June 1959, CBS carried The Jimmy Dean Show on weekday and Saturday afternoons.

Dean became best known for his 1961 recitation song about a heroic miner, "Big Bad John". Recorded in Nashville, Tennessee, the record went to number one on the Billboard pop chart and inspired many imitations and parodies. It sold over one million copies, and was awarded a gold disc. The track peaked at No. 2 in the UK Singles Chart. The song won Dean the 1962 Grammy Award for Best Country & Western Recording. He had several more Top 40 songs including a Top 10 in 1962 with "PT-109", a song in honor of John F. Kennedy's bravery in World War II.

In the early 1960s, he hosted The Tonight Show on occasion (he was the first guest host during Johnny Carson's tenure, hosting for the first time on January 14, 1963) and one night introduced Roy Clark, with whom he had remained friendly. In the mid-60s, Dean helped bring country music into the mainstream with his 1963–66 ABC-TV variety series, The Jimmy Dean Show. It presented country music entertainers including Roger Miller, George Jones, Charlie Rich, Buck Owens and some, like Joe Maphis, who seldom received network exposure. The program also featured comedy and a variety of popular music artists, and Dean's sketches with one of Jim Henson's Muppets, Rowlf the Dog. Henson was so grateful for this break that he offered Dean a 40 percent interest in his production company, but Dean declined on the basis that he did nothing to truly earn it and Henson deserved all the rewards for his own work.

Dean appeared on several TV talk shows and game shows in the 1960s and performed on variety programs including The Ed Sullivan Show, The Pat Boone Chevy Showroom, and The Hollywood Palace.

Dean turned to acting after his TV show ended in 1966. His best-known role was as reclusive Las Vegas billionaire Willard Whyte in the 1971 James Bond movie, Diamonds Are Forever. He also appeared in fourteen episodes of Daniel Boone (1967–70) in three different roles (one episode as "Delo Jones", two as "Jeremiah" and eleven as "Josh Clements") and as Charlie Rowlands in two Fantasy Island episodes (1981–82), as well as on other TV shows including a semi-regular role as Charlie Bullets on J.J. Starbuck starring Dale Robertson (1987–88).

Dean's singing career remained strong into the mid-1960s; in 1965, he achieved a second number one country hit with the ballad "The First Thing Ev'ry Morning (And the Last Thing Ev'ry Night)", and he had a Top 40 hit that year with "Harvest Of Sunshine". In 1966, Dean signed with RCA Records and immediately had a Top 10 hit with "Stand Beside Me". His other major hits during this time included "Sweet Misery" (1967) and "A Thing Called Love" (1968). He continued charting into the early 1970s with his major hits including a duet with Dottie West, "Slowly" (1971); and a solo hit with "The One You Say Good Morning To" (1972).

In 1976, Dean achieved a million-seller with another recitation song called "I.O.U.," a tribute to his mother and mothers everywhere. The song was released a few weeks before Mother's Day and quickly became a Top 10 country hit, his first in a decade, and a Top 40 pop hit, his first in 14 years. The song was re-released in 1977, 1983 and 1984, but with minor success each time.

In January 1978, Dean hosted an all-star tribute to Elvis Presley that was broadcast on NBC titled Nashville Remembers Elvis on His Birthday, during which he reminisced about his friendship with the recently deceased singer and performed his own hit "Big Bad John" along with a song associated with Elvis, "Peace in the Valley".


Business career
In 1969, he founded the Jimmy Dean Sausage Company with his brother Don. The company did well, in part because of Dean's own extemporized, humorous commercials.

Its success led to its acquisition in 1984 by Consolidated Foods, later renamed the Sara Lee Corporation. Dean remained involved as spokesperson for the company, but the new corporate parent immediately began phasing him out of any management duties. In January 2004, Dean said that Sara Lee had dropped him as the spokesman for the sausage brand because he was too old.


Later years and death
In the 1980s, he and his wife and family were residents of Tenafly, New Jersey.

A Virginia resident since 1990, Dean was inducted into the Virginia Country Music Hall of Fame in 1997. Former Virginia governor Jim Gilmore appointed Dean to the Virginia Board of Game and Inland Fisheries, which oversees the state's wildlife efforts and boating laws.

In the fall of 2004, he released his blunt, straight-talking autobiography 30 Years of Sausage, 50 Years of Ham. Dean lived in semi-retirement with second wife, Donna Meade Dean, a singer, songwriter, and recording artist he married in 1991, who helped him write his book. The couple lived on their property at Chaffin's Bluff overlooking the James River in Henrico County, on the outskirts of Richmond, Virginia. On April 20, 2009, the main house was largely gutted by a fire, although the Deans escaped injury. The Deans rebuilt their home on the same foundation and returned early in 2010.

Dean, who dropped out of high school in 1946 to work and help his mother, announced on May 20, 2008, a donation of $1 million to Wayland Baptist University in Plainview, the largest gift ever from one individual to the institution. Dean said: "I've been so blessed, and it makes me proud to give back, especially to my hometown."

On February 23, 2010, Dean was nominated for the Country Music Hall of Fame; he was scheduled to be inducted in October 2010, but this occurred after his death.

He was entombed in a 9-foot-tall (2.7 m) piano-shaped mausoleum overlooking the James River on the grounds of his estate. His epitaph reads "Here Lies One Hell of a Man", which is a paraphrased lyric from his uncensored version of the song "Big Bad John".

On June 24, 2014, a groundbreaking was held for the Jimmy Dean Museum, which will become part of the museum and grounds at Wayland Baptist University in his hometown of Plainview, Texas. Dean's widow, Donna Dean Stevens, was present for the ceremony. The museum will house much of Jimmy Dean's memorabilia as well as a larger-than-life-size bronze created by Richmond sculptor Paul DiPasquale and funded by Hillshire Brands, owner of the Jimmy Dean sausage brand. Completion of the museum, which is funded by a gift from the Dean Family Foundation, is expected in May 2016. 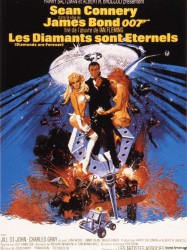 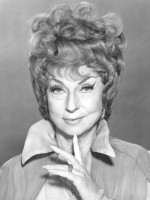 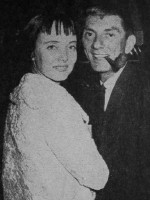 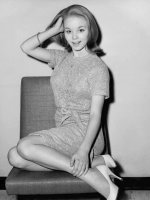 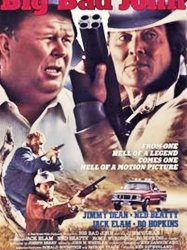 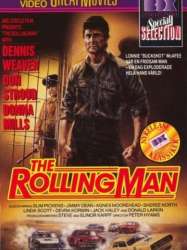 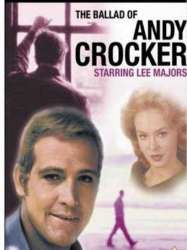 Lee Majors, in his first lead acting role, stars as Andy Crocker, a soldier who is wounded in a firefight in Vietnam and awarded the Purple Heart. After leaving his best friend David (Marvin Gaye), he meets a young hippie girl (Jill Haworth) who invites him to a party. The men at the party (Peter Haskell, Stuart Margolin) do not want him present; Crocker leaves and returns their hospitality by stealing one of their motorcycles that he rides home to Dallas, Texas where he reunites with his parents (played by Pat Hingle and Claudia Bryar). Crocker says that all that kept him going during the trials of Vietnam was his dreams of running a motorcycle racing track and repair shop and marrying his sweetheart, Lisa (Joey Heatherton).