Nationalité Etats-Unis
Naissance 24 juin 1969 (50 ans)
Jensen Daggett (born June 24, 1969) is an American film and television actress. She has appeared in the films Friday the 13th Part VIII: Jason Takes Manhattan and Major League: Back to the Minors.

After studying theater at Agoura High School in Agoura Hills, California, Daggett moved to Los Angeles after her 18th birthday to study at the Stella Adler Conservatory for Acting in Hollywood. At 18 years old, her first acting role was in The Fabulous Baker Boys. Soon after, she portrayed Rennie Wickham in Friday the 13th Part VIII: Jason Takes Manhattan.

She also performed in several dozen television episodes before leaving acting in 1999 to raise a family. Some of her best known roles were as "Nancy Taylor", sister-in-law of Tim Taylor (wife of Tim's younger brother, Marty) on Home Improvement and "Charlie" in The Single Guy playing Jonathan Silverman's girlfriend.

Her last television appearance was as herself in an episode of the HGTV show, Weekend Warriors, in which she remodeled her Connecticut home. Since then she has become a Green Home Builder and has built many homes featured in different magazines. 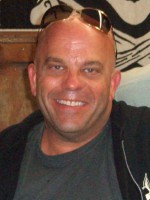 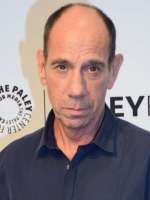 Two college graduates find themselves back home in New Jersey stuck behind the counter of a pizza parlor and frustrated about their life's perspectives, while their friends move on, struggle to find a new direction for their lives. Dennis feels overtaken by those he outstripped at high school while Phil re-encounters an ex-girlfriend he left behind. In the meantime, dealing with problems created by some money missing from the restaurant, the pair begin meeting old acquaintances and trying to pull themselves up and reorganize their plans for the future.
Déjà vu ?
J'adore