Harner was born in Elmira, New York and grew up in suburban Northern Virginia, where he saw a handful of plays at Washington, D.C.’s Arena Stage. His middle name Butler is his mother’s maiden name. He graduated from T. C. Williams High School, Alexandria, Virginia, in 1988. Although Harner was the president of his high school drama club, he spent his time building sets rather than acting since many of his relatives were carpenters or plumbers.

After graduating from high school, he worked as an usher at the age of 17 at the Eisenhower Theater in Washington, D.C.

He graduated from VCU with a Bachelor of Fine Arts in acting in 1992. After graduating from VCU, he was an apprentice at Actors Theatre of Louisville; he subsequently moved to New York City and received a Master of Fine Arts in the Graduate Acting Program from Tisch School of the Arts in 1997. Harner returned to VCU as a Master Teacher during their 2007-08 Guest Artist program.

He appeared in the HBO miniseries John Adams as Oliver Wolcott, Jr., the second United States Secretary of the Treasury. Harner had a guest role on the pilot for Fringe, which premiered in September 2008 on Fox. He was cast as the regular character Silas Hunton on the cable series Possible Side Effects, until Showtime cancelled the series in April 2008. He plays Associate Warden Elijah Bailey "E.B." Tiller on the Fox series Alcatraz which debuted in January 2012.

He made his London theater debut in February 2010 in the Lanford Wilson play Serenading Louie at Donmar Warehouse, London, England. During his stay in London, Harner read Michael Chabon's Manhood for Amateurs on BBC Book of the Week in April 2010. 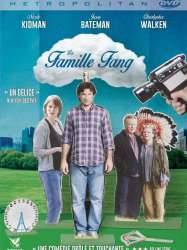 Michael Gavin and his partner Daniel trade the rat race of New York City for the idyllic charm of the Connecticut shoreline, with hopes of a simpler life and time for Michael to finish his first novel. All that changes when one of Michael's high school students accuses him of 'inappropriate conduct', and the town rushes to judgment.
Déjà vu ?
J'adore