Jan Kociniak was born in Stryj, Poland (now Ukraine). He graduated from The Warsaw Higher Theatrical School in 1961 and for most of his professional career he acted in The Atheneum Theatre in Warsaw. He was also a well known for his performances in feature and TV films, as well as dubbing roles (such as Winnie the Pooh in the Polish-language version).

Kociniak was awarded the Order of Polonia Restituta, one of Poland's highest Orders. 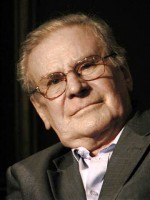