Nationalité Afrique du sud
Naissance 13 décembre 1985 (34 ans)
Ivan Botha is a South African actor who is known for his role as Pieter van Heerden in 7de Laan and for his appearance in numerous Afrikaans-language films.

He made his debut in the Rapid Heart Pictures horror movie The Raven , directed by David DeCoteau, and has since appeared in the Bakgat! series, and the television show Getroud met rugby. 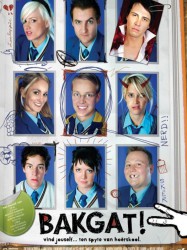 Katrien (Cherié van der Merwe) is dumped by her boyfriend, high school rugby star Werner (Altus Theart), so he can focus his energy on the sport. To get even, she makes a bet with her friends that she can make a star out of the school's dorkiest boy, Wimpie Koekemoer (Ivan Botha), by pretending to be his girlfriend. The awkward Koekemoer rises to the challenge but Katrien finds herself falling unexpectedly in love with him, until he realizes she is merely using him.