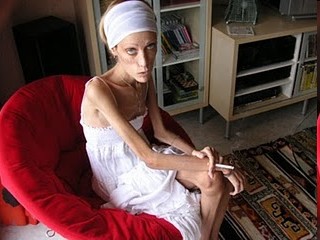 Caro suffered from severe anorexia nervosa from the age of 13. Her anorexia was caused by what she called a "troubled childhood".


I had a very complicated childhood, very difficult, very painful. My mother's big phobia was that I would grow. She spent her time measuring my height. She wouldn't let me go outside because she'd heard that fresh air makes children grow, and that's why I was kept at home. It was completely traumatic.
When she appeared on CBS's The Insider, it was revealed that at the worst of her eating disorder, she weighed only 25 kilograms (55 lb; 3 st 13 lb) at a height of 1.65 metres (5 ft 5 in); her most recent weight was 33 kilograms (73 lb; 5 st 3 lb).

She appeared on Channel 4's Supersize vs Superskinny which aired on 11 March 2008, in which she spoke to journalist Anna Richardson about her anorexia.

Caro was hospitalized for the first time when she was 20. At her worst (in terms of weight), in 2006, she slipped into a coma, weighing just 25 kg (55 lb). The doctor said she would not survive the coma but she did.

Caro was also interviewed in the second episode of the TV documentary series, The Price of Beauty, in which Jessica Simpson and her two best friends, Ken Pavés and CaCee Cobb, traveled the world to explore the meaning of true beauty. Simpson investigated the problem of how some female fashion models have become obsessed with being skinny. Caro talked about how she became anorexic and warned other girls about the affliction. Simpson was moved to say "What you are doing right now makes you more beautiful and I hope women all over the world hear about the story and it is important to know that how skinny you are does not make you beautiful." It aired on 22 March 2010 in the USA and on 21 August in Japan.

Caro also appeared on National Geographic Channel's Taboo: Beauty. The show was filmed two months prior to her death. 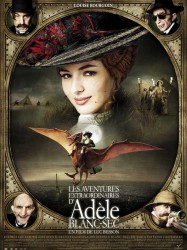 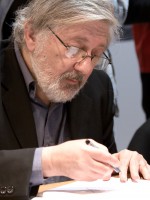 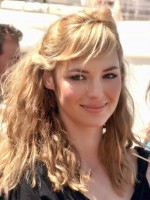