Nationalité Malaisie
Naissance 21 avril 1984 (37 ans)
Hetty Sarlene (born 21 April 1984) is a Singapore-born Malaysian singer and actress. After performing at two international competitions in 1999, she was signed to New Southern Records. After releasing two albums with them and winning Best Artiste at the 2002 Anugerah Planet Muzik, she focused on acting. She has since played in several Malaysian films.

Sarlene was born on 21 April 1984 to Abdul Hamid, a technician, and his wife Sariah Omar, a manager. She was named after the Indonesian songstress Hetty Koes Endang. By age three she was singing "only" Endang's songs and would sing along with the singer when the latter appeared on television. She has a younger sister. She began performing at family events at age five, before entering singing competitions around age twelve or thirteen. She also began singing karaoke regularly.

Sarlene represented Singapore in the 1999 Asia Song Festival, in which she placed fourth, as well as the Asia Bagus competition in Bali, Indonesia, in which she placed fifth. Afterwards, in 2000 Sarlene was booked by New Southern Records; its manager, Iman Wan, had been scouting her for several years but not signed her due to her age. After signing with NSR, she released her debut single, "Rindu Aku Rindu" ("Long, I Long"), which was an instant hit. This success led her to release her self-titled debut album in July of that year, which contained, among other songs, a duet with Anuar Zain entitled "Demi Cinta Kita" ("For Our Love").

Another single, "Sangsi Asmara" ("Doubting Love"), was released in October 2001 as part of the compilation album Sutera 2 (Silk 2). Sarlene second album, Tiada Lain, was launched on 15 October of that year. It included a song, "Kau Tetap Ku Cinta" ("You're Still the One I Love"), written by Sarlene, as well as a duet with R.E.M. entitled "Hampa" ("Alone"). She was reportedly pleased with the results, and followed the release with several months of promotion. However, the album was somewhat unsuccessful. In 2002 Hetty won Best Artiste at Anugerah Planet Muzik and by 2002 had moved to Kuala Lumpur with her mother, who served as her manager.

In 2003, Sarlene made her feature film debut in Iskandar as the lead character's arranged wife; she had taken the role reluctantly in 2002 after being offered an audition by the production company. That same year she starred in a serial adaptation of the 1995 film Sembilu as Zetty, which lasted for five seasons. In 2005 she starred in a feature-length remake of the film, entitled Sembilu 2005; the film was a flop. In 2008 Sarlene appeared in the Malay action film Evolusi KL Drift (KL Drift Evolution). 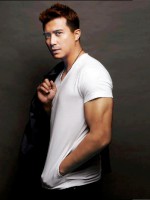 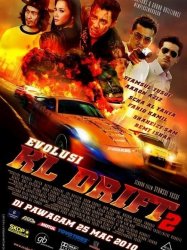 Racing life between Zack (Syamsul Yusof) and Sham (Farid Kamil) has not ended yet. Zack, who used to be an illegal racer is currently a professional drifter. After the accident, Sham no longer drifts due to his broken leg and has to walk using the aid of crutches. Soon a female professional drifter called Aleeya (Scha Al-Yahaya) appears. Joe (Aaron Aziz), who managed to escape unhurt from the accident, wants revenge on Zack. Joe’s assistant Ery (Shaheizy Sam) also wants revenge on Zack because he caused his best friend to get locked up in jail. Joe wants to control the whole drug business syndicate in KL, and Inspector Kamal (Remy Ishak) suspects him for the crimes that involved deaths.
Déjà vu ?
J'adore 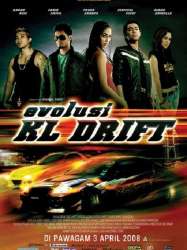 The film tells the story of Zack (Syamsul Yusof) and Sham (Farid Kamil), close friends who share a passion for drift racing. Though the sport is popular with men, Zack's girlfriend (Fasha Sandha) took up the sport and became competitive in it. Zack is an elite racer who runs a workshop while Sham is more down to earth and always has problems with his racing car. Zack is unhappy with drug pushers selling on his racing patch, but Fasha (who is a former user) is friendly with some of them which leads to a confrontation between her and Zack. The pushers are sent to their boss Joe (Aaron Aziz),also a drift racer who uses race meets to sell his product.
Déjà vu ?
J'adore 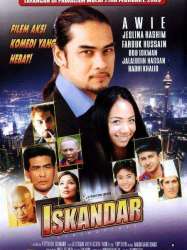 Karl Iskandar (Awie), son of Tan Sri Hisham Al-Bakri (Jalaluddin Hassan), returns to Malaysia to take over his father's company. Soon after, the head of another company, Vincent Cheah, is killed; Iskandar discovers that the two companies had a shady business dealings. Meanwhile, Iskandar begins falling in love with Amira (Jeslina Hashim), a waitress at a bar run by the gangster Ringgo (Bob Khairul); this upsets his father, who intends for Iskandar to marry Alissa (Hetty Sarlene), who is of the same social standing.