Hans Albert Nielsen was born in Hamburg, Germany. He first got an education in business, but afterward, began taking private acting lessons from Albrecht Schoenhals and Erich Ziegel. He made his stage debut in Hamburg in 1932, after which he worked in Augsburg, Kiel, Leipzig, Berlin, Munich and Düsseldorf. Many actors and performing artists fled Nazi Germany, but Nielsen remained. He made his film debut in 1937 in Daphne und der Diplomat, followed by German movies, such as Heimat (with Zarah Leander), Friedrich Schiller – Triumph eines Genies (with Horst Caspar) and Der große König (with Otto Gebühr).

After World War II, Nielsen performed in a Kabarett group, Die Außenseiter ("The Outsider") and played in revues by cabaret artist Günter Neumann. He resumed his successful film acting career in 1947, appearing in In jenen Tagen, a drama by Helmut Käutner. He often played roles that were good-natured, likeable and elegant, such as the presiding judge in the 1953 satire Hokuspokus, with Curt Goetz; the criminal defense attorney in Gestehen Sie, Dr. Corda; a commisar with Christopher Lee in Sherlock Holmes und das Halsband des Todes; the police chief in Scotland Yard jagt Dr. Mabuse and a judge in Jugendrichter, with Heinz Rühmann. He also worked with Curd Jürgens and Lilo Pulver in film versions of Conrad Ferdinand Meyer's Gustav Adolfs Page and Don Pedro Alvarez. He also appeared in a few Karl May films and in Edgar Wallace's Das indische Tuch, Das Phantom von Soho and Die Tür mit den sieben Schlössern.

In addition to his own film roles, in 1948, Nielsen began working as a voice actor, dubbing films into German, including Fred Astaire (Funny Face and Daddy Long Legs); Gary Cooper (Cloak and Dagger, among others); Errol Flynn (The Adventures of Robin Hood, Adventures of Don Juan, among others); Cary Grant (Crisis); Rex Harrison (Cleopatra); Phil Silvers (Cover Girl); David Niven (The King's Thief, among others), Tyrone Power (The Mark of Zorro and Prince of Foxes, among others); James Stewart (in The Philadelphia Story and Anatomy of a Murder, among others); Robert Taylor (Quo Vadis), Spencer Tracy (Malaya); Orson Welles (Citizen Kane) and Trevor Howard (The Third Man). The gambler Jeff Clayton wins a deed to half a ranch (against a pot of $5.000). The loser draws his gun and is shot.
Déjà vu ?
J'adore After the rich Lord Lebanon has been strangled, a group of different characters assembles at Mark's Priory, his lonely manor in the north of Scotland, to attend the reading of his will. However, as lawyer Frank Tanner explains—in reading a "second-to-last-will"—to the potential heirs, they will first have to stay together at the manor for six days and six nights. Thinking that Lebanon has died of heart failure they all agree. It turns out to be a dangerous requirement as the manor is cut off from the outside world by a storm and one by one the visitors are murdered—strangled with an Indian scarf. In the end, of all the guests, family and staff only Tanner, Isla Harris and Bonwit the butler survive. The last will is read and it is revealed that Lord Lebanon has in fact left all his money to the man he considered to be the greatest of the century: Edgar Wallace.
Déjà vu ?
J'adore 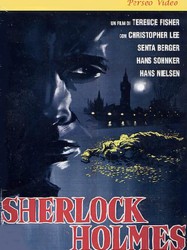