He is notable for performing xiangsheng and Sketch comedy in CCTV New Year's Gala from 1993 to present.

Guo was born in Yantai, Shandong in October 1966, both his father and mother were performers, he graduated from Shanghai Theatre Academy. 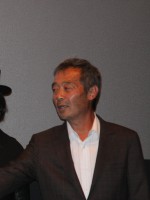