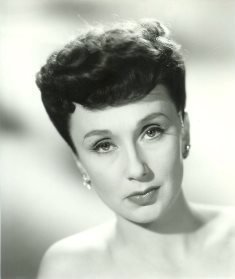 Withers was born in Karachi, Pakistan then part of British India, to Edgar Withers, a captain in the Royal Navy, and a Dutch-German mother, Zitette. She acquired the name "Googie" (Little Pigeon) at a young age from her ayah (nanny). As a child, she learned Urdu. Her father left the Royal Navy to manage a foundry in Birmingham, England, and Googie was sent to a boarding school near Dover. She began acting at the age of twelve. A student at the Italia Conti Academy of Theatre Arts, she was a dancer in a West End production when she was offered work as a film extra in Michael Powell's The Girl in the Crowd (1935). She arrived on the set to find one of the major players in the production had been dismissed, and she was immediately asked to step into the role in her place.

During the 1930s, Withers was constantly in demand in lead roles in minor films and supporting roles in more prestigious productions. Her best known work of the period was as one of Margaret Lockwood's friends in Alfred Hitchcock's The Lady Vanishes (1938). Among her successes of the 1940s, and a departure from her previous roles, was the Powell and Pressburger film One of Our Aircraft Is Missing (1942), a topical World War II drama in which she played a Dutch resistance fighter who helps British airmen return to safety from behind enemy lines. She played the devious Helen Nosseross in Night and the City (1950), a British film noir directed by Jules Dassin.

In 1948 British exhibitors voted her the 8th most popular British star in the country.

While filming The Loves of Joanna Godden (1947), Withers met her co-star, the Australian actor John McCallum. They were married on 24 January the following year, and remained married until McCallum died in 2010.

Withers first toured Australia in the stage play Simon and Laura. When McCallum was offered the position running J.C. Williamson theatres, they moved to Australia in 1959. Withers starred in a number of stage plays, including Rattigan's The Deep Blue Sea, Desire of the Moth, The First 400 Years (with Keith Michell), The Circle, The Cocktail Hour, Time And The Conways, The Importance Of Being Earnest, Beekman Place (for which she also designed the set), The Kingfisher, Stardust, Chekhov's The Cherry Orchard and Wilde's An Ideal Husband for the Melbourne Theatre Company; both productions toured Australia. They appeared together in the UK in The School for Scandal at the Duke of York's Theatre in London's West End and on the subsequent British Council tour of Europe in 1983–84 and in W. Somerset Maugham's The Circle at the Chichester Festival Theatre.

Withers starred on Broadway with Michael Redgrave in The Complaisant Lover and in London with Alec Guinness in Exit the King. During the 1970s, she appeared as Faye Boswell, the governor of a women's prison, in the television series Within These Walls. Because Within These Walls had been a moderate success in Australia, she was approached by producers to play the role of the Governor of the Wentworth Detention Centre in the later series Prisoner, a job which she declined.

Withers starred in the BBC adaptation of Hotel du Lac (1986), which was followed a year later by another BBC production of Northanger Abbey. In 1989 she appeared at Brighton in England in A R Gurney's The Cocktail Hour alongside her husband John and her daughter, Joanna - the play a success from New York starring Nancy Marchand, the previous year. In 1990, she appeared in ITV's adaptation of Ending Up. Her last screen performance was as the Australian novelist Katharine Susannah Prichard in the film Shine (1996), for which she and the other cast members were nominated for a Screen Actors Guild award for "Outstanding performance by a cast".

In October 2007, aged 90 and 89 respectively, Withers and McCallum appeared in an extended interview with Peter Thompson on ABC TV's Talking Heads programme. 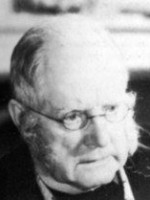 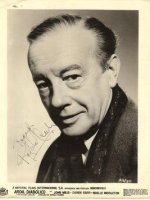 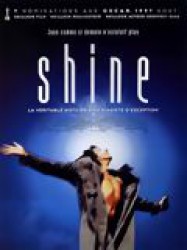 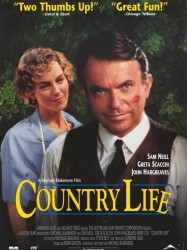 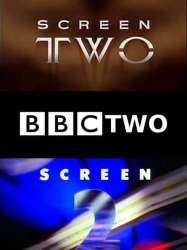 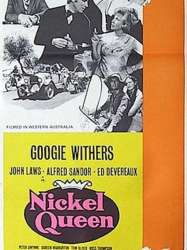 Meg Blake is the widowed owner of a pub in a small desert town in Western Australia. Corrupt American mining executive Ed Benson starts the rumour of a nickel discovery to sell shares to gullible investors. Meg heads the rumour and stakes the first claim. Benson promotes her as the "Nickel Queen".
Déjà vu ?
J'adore 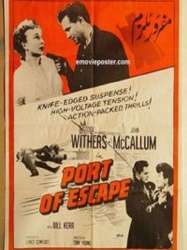 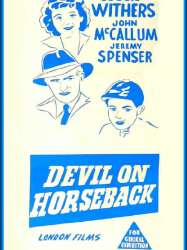 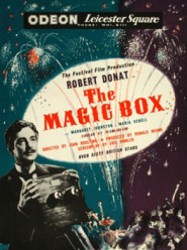 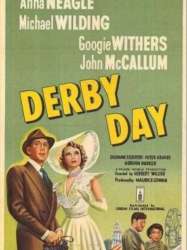 On the morning of the Epsom Derby, a disparate group of people prepare to go to the races. Lady Helen Forbes, a recently widowed aristocrat is planning to make the journey in spite of the disapproval of her social set who consider it unseemly to go while still in mourning. David Scott, a newspaper cartoonist is ordered to go by his editor against his wishes. Meanwhile, as part of a charity raffle, a dissolute film star, Gerald Berkeley, is to escort a wealthy grand dame to Epsom for the day something he is equally reluctant about. Happily she falls and injures her leg, and her crafty housekeeper arranges for one of the young maids to go in her place. Meanwhile, in Battersea, a lodger kills a man whose wife he is having an affair with. They plan to flee the country, and also head to Epsom where he knows a tipster who can smuggle them out.
Déjà vu ?
J'adore 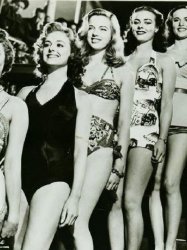 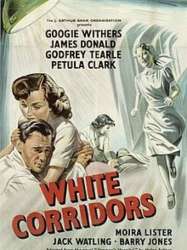 The day-to-day life of the staff and patients at a city hospital.
Déjà vu ?
J'adore 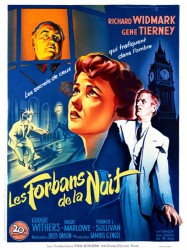 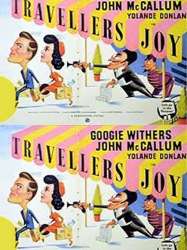 With extensive restrictions on how much foreign exchange British travellers can take outside the realm (then £5), a variety of English men and women are trapped in expensive Sweden.
Déjà vu ?
J'adore 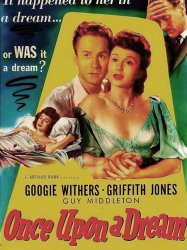 The film is a comedy and a social commentary on the period and is set just after World War II.
Déjà vu ?
J'adore 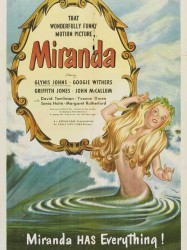