In 1999, she played Marie-Antoinette in Let Them Eat Cake, starring Dawn French and Jennifer Saunders. In cinema, Berrington has featured in many popular films such as The Little Vampire and, more recently, Nanny McPhee with Emma Thompson, and In Bruges alongside Colin Farrell, Brendan Gleeson, and Ralph Fiennes. In 2008 and 2009, a she played Mel in Moving Wallpaper. She was in the 2008 Poirot episode "Cat Among the Pigeons". Berrington also featured in the 1993 Mike Leigh film Naked. She also had a role in Leigh's 1996 drama film Secrets & Lies, starring Brenda Blethyn, Marianne Jean-Baptiste and Timothy Spall.

In 2009, Berrington and actress Shirley Henderson were the stars of the popular ITV drama May Contain Nuts she played Ffion, a snobbish suburban mother. Berrington also played Nicola, a nurse in the BBC Two comedy, Psychoville. She also appeared as Food Technology teacher Ruby Fry in the BBC TV series Waterloo Road from 2009 to 2011, departing after two series on the show. She played "Auntie" in "The Doctor's Wife", an episode in series 6 of Doctor Who. In 1997, she appeared in a TV Licence advert. In 2012 she was in an episode of New Tricks, playing a murderer called Grace. From 2012–2013 she portrayed Paula Kosh in the Sky 1 comedy series Stella, in 2015 she returned for two episodes.

In 2011, Berrington starred in the BBC Christmas show, Lapland as Paula, a role which she reprised in the six part spin-off series Being Eileen, which aired from February 2013. She appeared onstage in the 2013 play The Low Road. She appeared on Series 2 Episode 4 of Cuckoo as Sandra in August 2014. 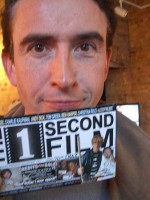 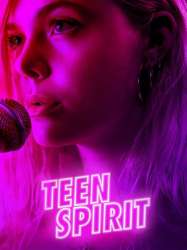 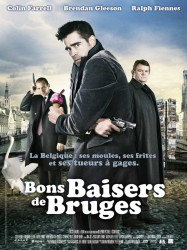 The film is about a pair of American authors who promise to find love for three single Londoners in just three days, as a publicity stunt for the UK launch of their book 'Are You Ready for Love?... How to Find Love in Three Days'.
Déjà vu ?
J'adore Jack, Steve and Goat are East End London "spivs" (British slang for a black marketeer) who spend their days wheeling and dealing whenever and wherever they can. But not until they're landed with the juicy payoff they have been waiting for, involving a shady character who calls himself Villa, do they realize the trouble they've gotten themselves into. After opening a truck door thing they discover they weren't smuggling merchandise, rather they were smuggling people. The people run out of the cargo area. Jack is mad at Steve for not checking. Then suddenly they discover two small Albanian children a girl and a boy. Now they are in even more trouble.
Déjà vu ?
J'adore