Born on April 30, 1951, he was found abandoned in a car in Atlanta, Georgia. Lucas was adopted when he was eight months old by a conservative Pennsylvania couple. His father was an FBI agent; his mother was a housewife and painter. She was born a Jew but suppressed the identity which Lucas relates in his storytelling. He graduated in 1969 from Conestoga High School in Berwyn, Pennsylvania. In the 1960s and 1970s, Lucas became interested in the political left and discovered an attraction towards men. He is openly gay, and recalls that his coming out made it possible for him to develop as a playwright and as a person.

In 1973, Lucas left Boston University with a Bachelor of Arts in theatre and creative writing. His mentor, Anne Sexton, urged him to try his luck in New York City as a playwright. He worked in many day jobs while performing in Broadway musicals including Shenandoah, On the Twentieth Century, Rex, and Sweeney Todd. Stephen Sondheim would later tell him he was a better writer than an actor.

Lucas met Norman René in 1979. Their first collaboration was Marry Me A Little in 1981. The two wrote a script incorporating songs that had been written for but discarded from Stephen Sondheim musicals, and René also directed. They followed this with the plays Missing Persons (1981) and Blue Window (1984); Three Postcards (1987), an original music by Lucas and Craig Carnelia; and another play, Reckless (1983). In 1990 they joined forces for what would prove to be their biggest commercial and critical success, Prelude to a Kiss. They also joined forces for the feature film Longtime Companion (1990), the 1992 film adaptation of Prelude with Alec Baldwin and Meg Ryan, and the 1995 film version of Reckless with Mia Farrow and Mary-Louise Parker.

Following his early work on romantic comedies, Lucas began to write more serious works about AIDS, including The Singing Forest (not to be confused with the film of the same name) and The Dying Gaul, the latter of which was made into a film that Lucas also directed. Lucas also authored the book for the musical The Light in the Piazza, and directed the world premiere at the Intiman Theater in Seattle. The Lincoln Center production, directed by Bartlett Sher, garnered him a Tony Award nomination.

Lucas has also directed classic plays such as Loot. While some critics have divided his work into gay plays (Blue Window, Longtime Companion) and straight plays (Reckless, Three Postcards, Prelude to a Kiss), Lucas has always written about human problems in a universal manner. He directed Birds of America, a film starring Matthew Perry and Hilary Swank, in 2007.

Lucas's play Prayer for My Enemy premiered Off-Broadway at Playwrights Horizons in December 2008. The production was directed by Lucas's frequent collaborator Bartlett Sher and featured Tony Award winners Victoria Clark and Michele Pawk and Tony Award nominee Jonathan Groff. The play touches on several topics including the Iraq War, with Groff playing a young veteran, as well as homosexuality, alcoholism, and the definition of family. The play ran from November 14 (previews) through December 21.

In June 2013, Melbourne's Regent Theatre will host the world premiere (and Broadway try-out) of King Kong, for which Lucas has provided the book with a score by Marius de Vries.

In September 2015, Berkeley Repertory Theatre hosts the world premiere of Amélie, a musical based on the award-winning film of 2001, with book by Lucas, music by Daniel Messé (see his band, Hem}, and lyrics by Nathan Tysen and Messé. Director is Pam MacKinnon. 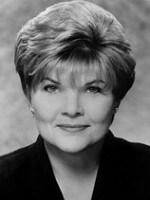 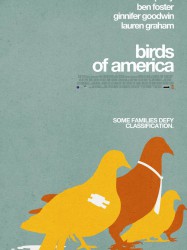 All Morrie's wife wants is to start a family. But when Morrie's two siblings show up needing a place to stay will they be able to juggle the pressure, or will it all be too much?
Déjà vu ?
J'adore 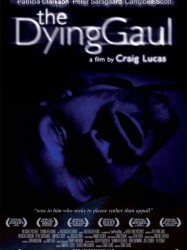 In 1995 Hollywood, novice screenwriter Robert Sandrich has written an autobiographical script inspired by his lover's death by AIDS-related cerebral tuberculosis. It impresses both studio executive Jeffrey Tishop and his wife Elaine, but for commercial reasons Jeffrey is willing to greenlight the project only if Robert changes his protagonist from Maurice to Maggie and shifts the focus of his plot from gay to straight people. Robert initially refuses to compromise his principles, but when Jeffrey threatens to make the film without his participation, he decides to accept the $1 million paycheck he's been offered and make the requested edits.

In 1995 Hollywood, novice screenwriter Robert Sandrich has written an autobiographical script inspired by his lover's death by AIDS-related cerebral tuberculosis. It impresses both studio executive Jeffrey Tishop and his wife Elaine, but for commercial reasons Jeffrey is willing to greenlight the project only if Robert changes his protagonist from Maurice to Maggie and shifts the focus of his plot from gay to straight people. Robert initially refuses to compromise his principles, but when Jeffrey threatens to make the film without his participation, he decides to accept the $1 million paycheck he's been offered and make the requested edits.
Déjà vu ?
J'adore 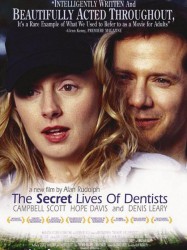 David (Campbell Scott) and Dana Hurst (Hope Davis) are dentists who are married with three daughters and share a dental practice in Westchester County, New York. Dana is in the chorus of a community opera production, and when David goes backstage to give her a good luck charm, he sees her in the arms of another man. As he contemplates how to handle this, he begins having imaginary conversations with a difficult former patient (Denis Leary). When the whole family gets the flu, everything is brought to a head.
Déjà vu ?
J'adore 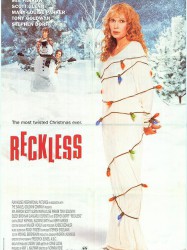 Relentlessly cheerful and hopelessly optimistic Rachel's seemingly perfect life is upended one Christmas Eve when her husband Tom announces he has taken a contract out on her life but is having second thoughts about his decision to do so. Wearing only a nightgown and slippers, she hastily leaves her Connecticut home in a blizzard to escape the fate he planned for her. She is rescued by Springfield, Massachusetts social worker Lloyd, who brings her home to his deaf, mute, paraplegic wife Pooty. Rachel moves in with the couple and begins working with Lloyd at Hands Across the Sea, a charitable organization dedicated to helping the disabled.
Déjà vu ?
J'adore 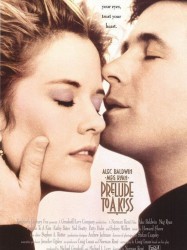 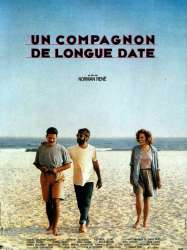